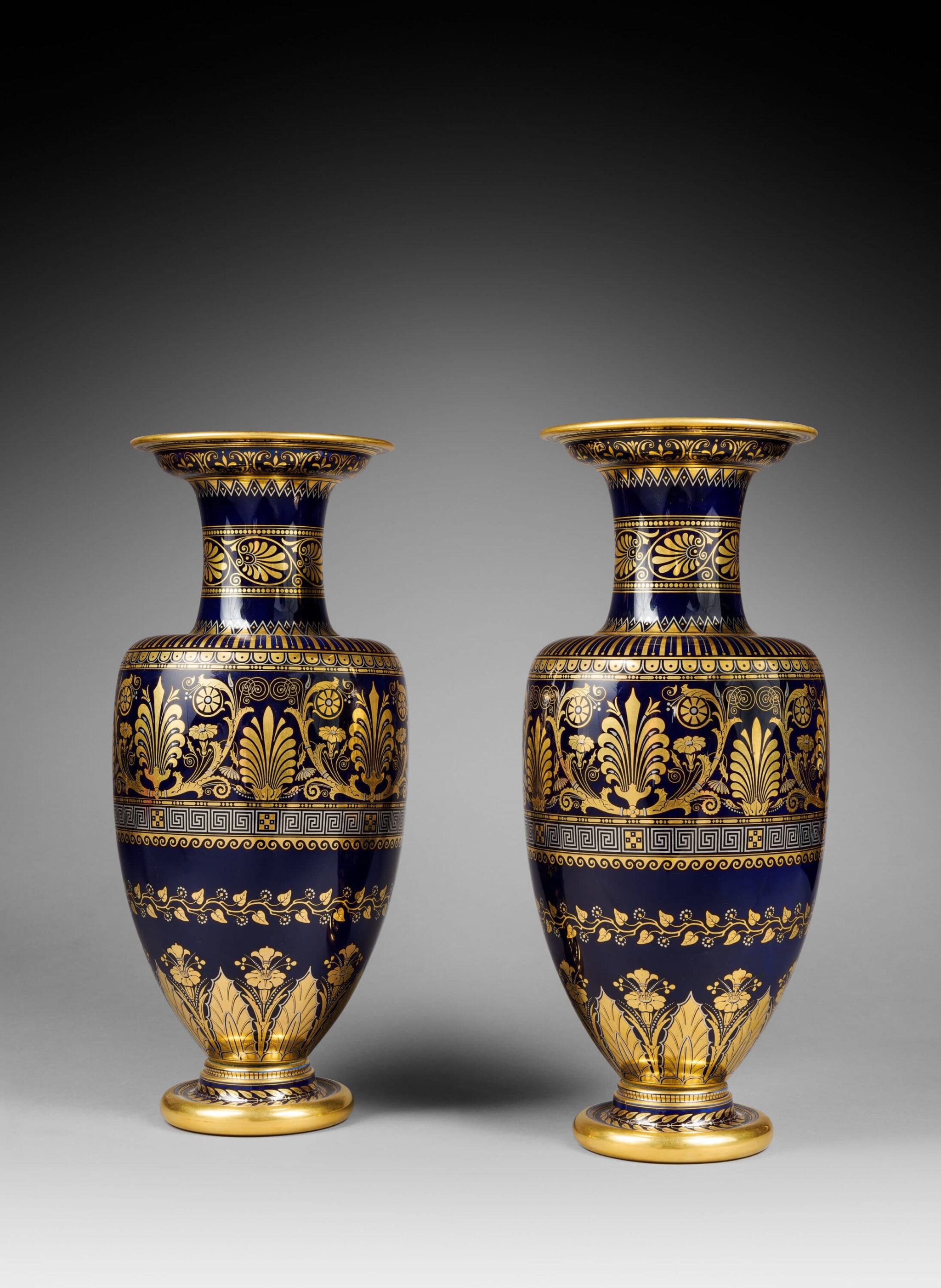 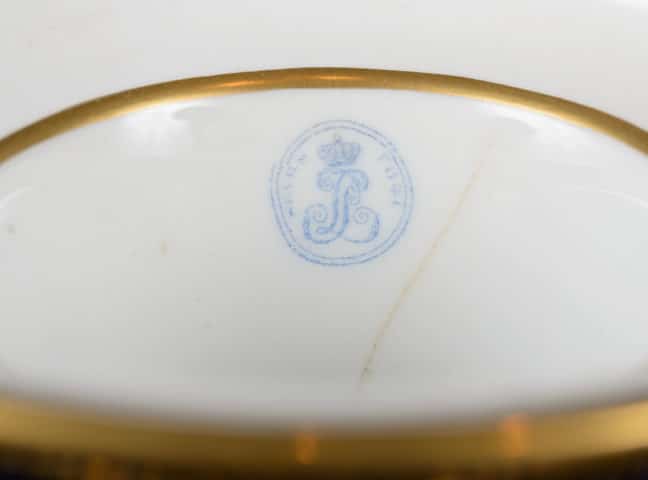 The oval vases have high necks, whose rim bears the mark of the Royal Sèvres Porcelain factory: a medallion centered by the royal monogram “LP” surmounted by a crown framed by the word “SEVRES” and the date “1841”. The vases are elaborately decorated with gold and silver classical motifs against a blue ground. The frieze décor features motifs such as flowers, scrolls, volutes, zigzags, palmettes, large rosettes within scrolls adorned with flowers, Greek key motifs punctuated by squares adorned with dots, waves, and branches of ivy. The vases are supported on round molded bases engraved “LP” on the underside – the mark of Louis-Marie Lapierre, known as Lapierre père (active in Sèvres 1813-1841), and the signature “B.F” – that of an unidentified gilder.

These unusual vases, with their remarkable sober and perfectly balanced design – were created at the Royal Sèvres factory during the final years of the 18th century. The model continued to be produced for several decades, with varying motifs that reflected the changing taste of collectors and connoisseurs. Their extremely inventive classically influenced decorative motifs were inspired by the collection of antique Etruscan vases that Baron Vivant-Denon donated to the Sèvres Manufacture, which would, in turn, influence artists such as Antoine-Gabriel Willermet, the Manufacture’s head painter from 1825 to 1848, as can be seen in his preparatory sketches. 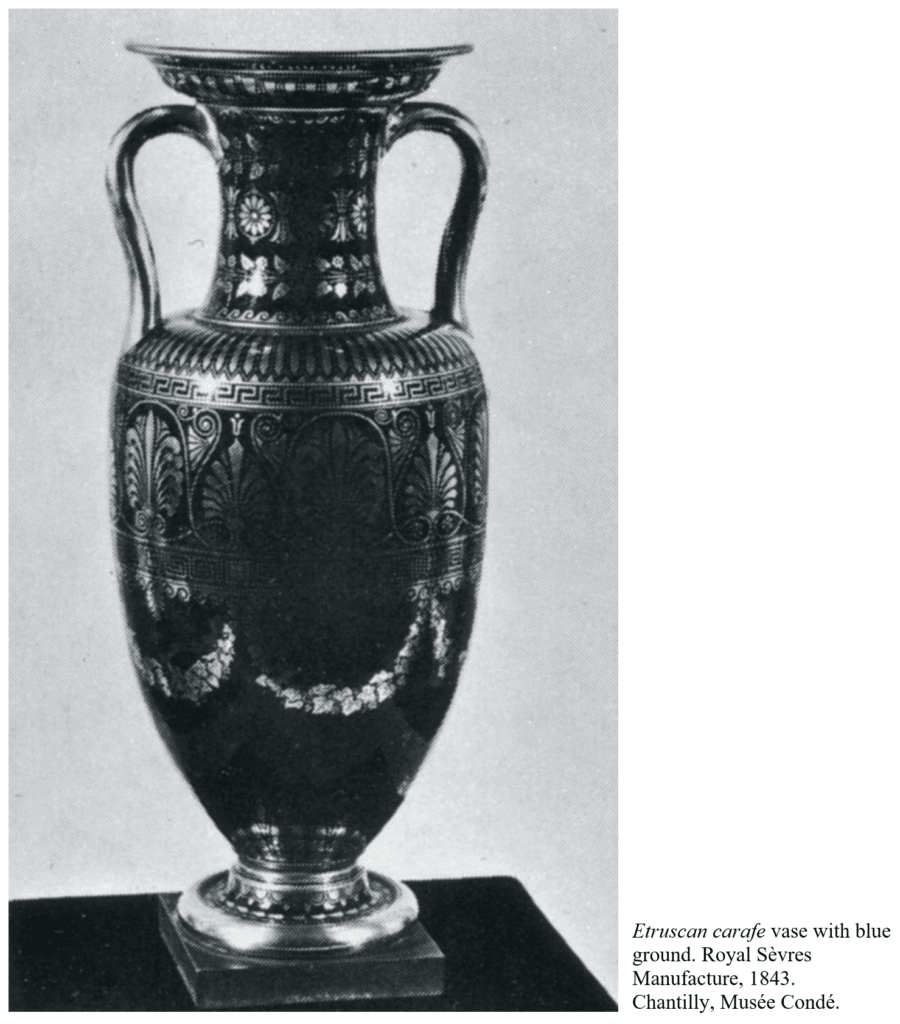 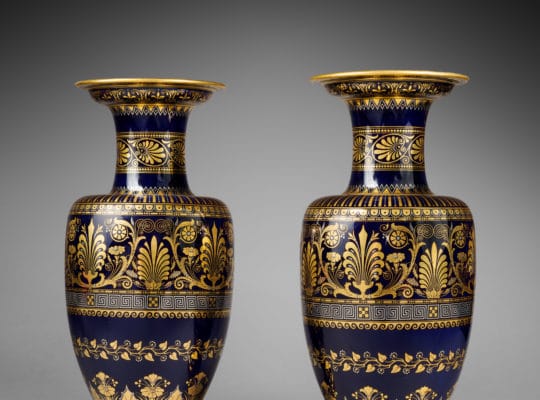 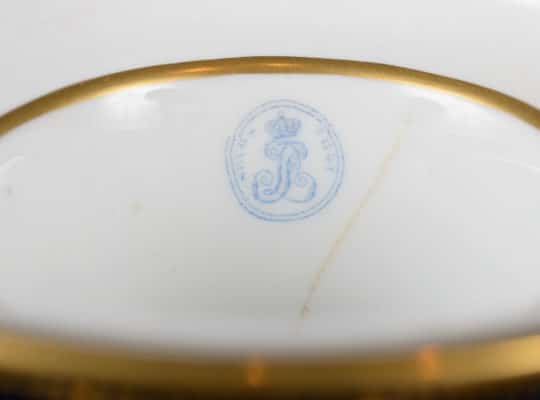 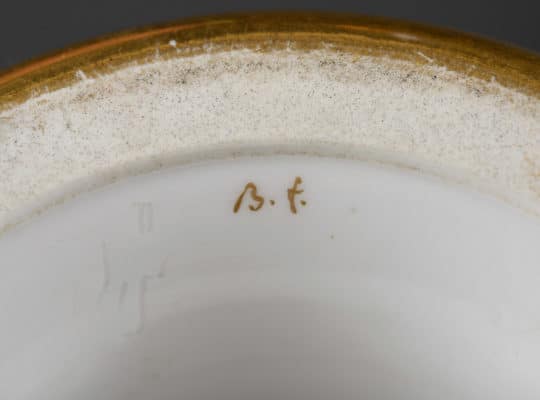 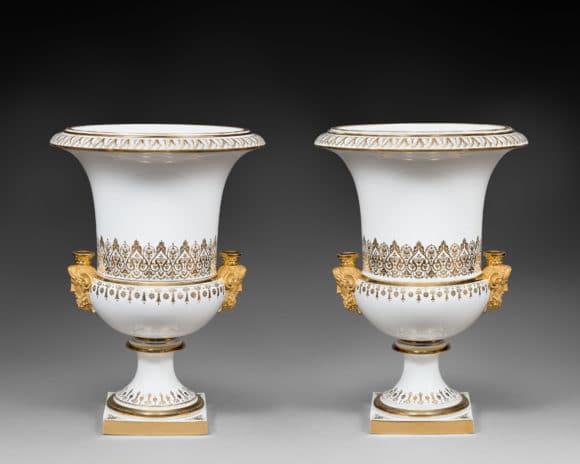 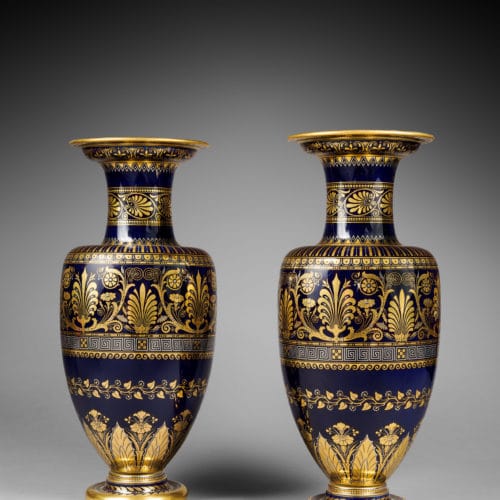