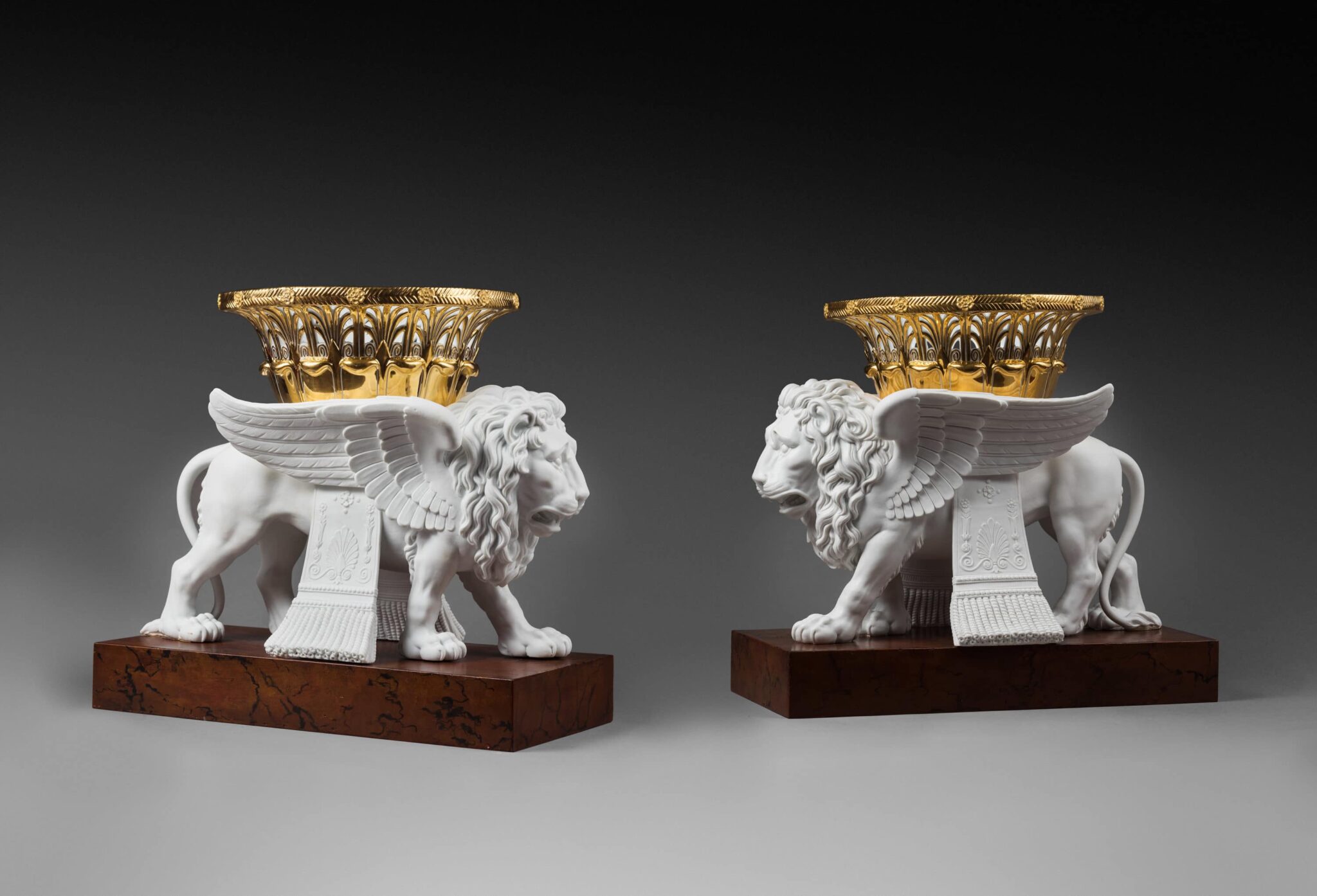 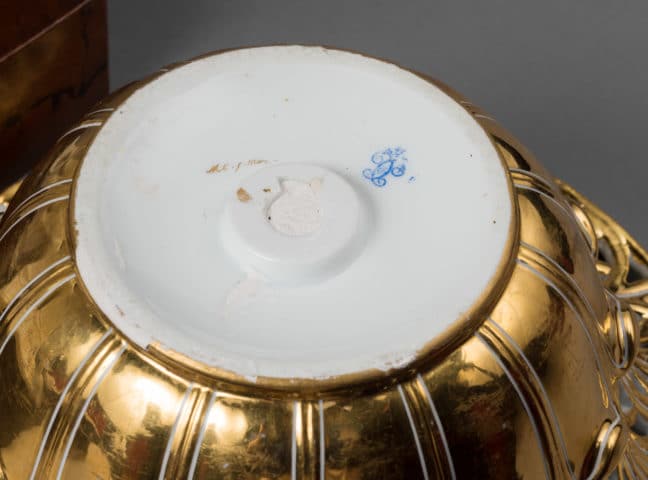 After a Model by Alexandre-Evariste Fragonard

Each of the Sèvres bisque porcelain lions is depicted as advancing calmly and majestically, with its jaws open, its tail curved under its body, and a finely detailed mane. A pair of wings reminiscent of those of ancient Assyrian lions sprouts from its shoulders; each of the felines is fitted with a draped saddlecloth that is moulded with low-relief stylised motifs including palmettes and scrolling foliage and is bordered with tassels. A pierced gilt porcelain basket decorated with foliate motifs is borne on the back of each beast. Both lions stand on their original rectangular imitation marble tôle-peinte base.

The design of this magnificent pair of “canephore” (basket-carrying) lions is based on an 1817 project by Alexandre-Evariste Fragonard. Fragonard’s original drawings featured a lion and a lioness carrying baskets, which were intended to accompany a group of basket-carrying Egyptian figures, as part of a lavish bisque and gilt porcelain surtout de table. It seems that only the lion figure was produced in the Manufactory’s atelier, under the direction of sculptor Jean-Charles-Nicolas Brachard. The first such lions appear in the Sèvres inventories in December 1818; they were exhibited at the Louvre the following year  (Fragonard’s original drawings and Brachard’s preliminary plaster figures are today in the Sèvres Museum). 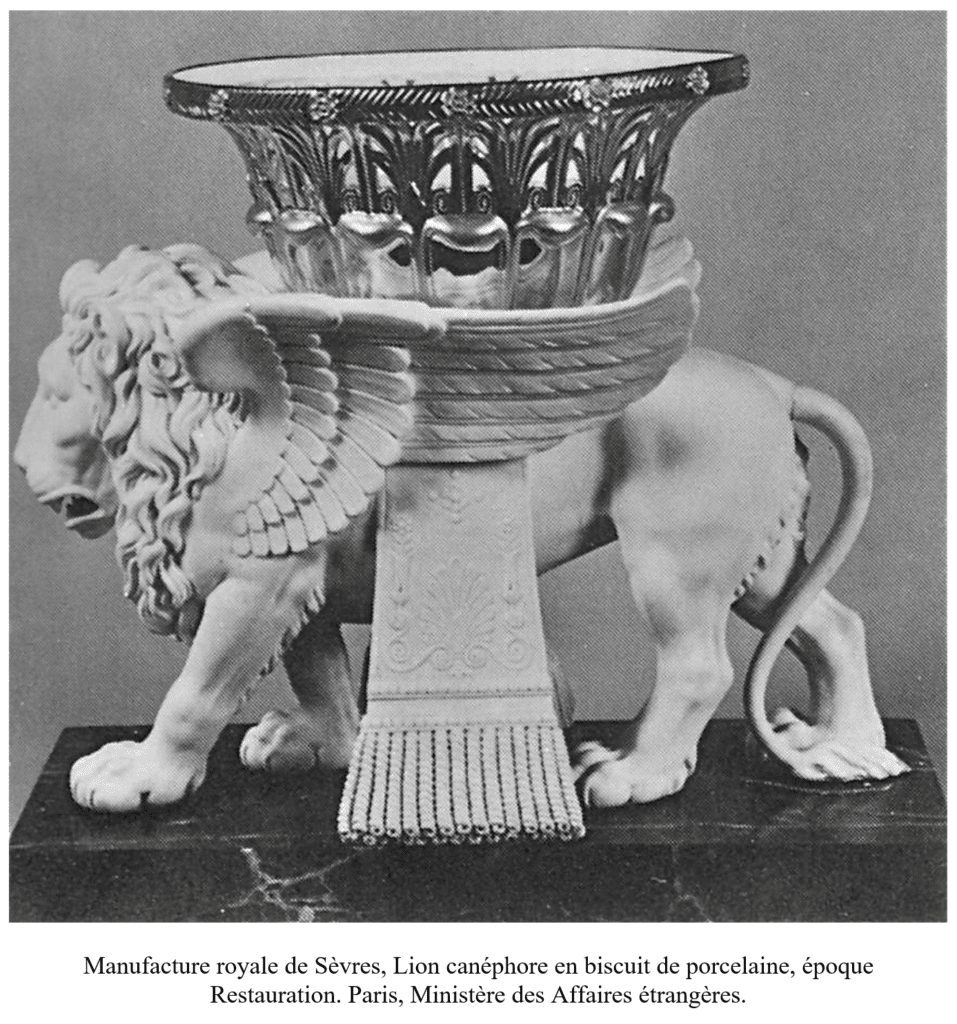 Only a very few identical examples are known; these are generally single figures whose mate has not survived. One example, made circa 1818, is in the collection of the Foreign Ministry in Paris (illustrated in M. Brunet and T. Préaud, Sèvres des origines à nos jours, Office du Livre, Fribourg, 1978, p. 291, fig. 354); two other examples appear in T. Préaud, The Sèvres Porcelain Manufactory, Alexandre Brogniart and the Triumph of Art and Industry, 1800-1847, The Bard Graduate Center for Studies in the Decorative Arts, New York, 1997, p. 358, plate 143; one further such lion is in the Mobilier national in Paris (illustrated in Le XIXe siècle français, Collection Connaissance des Arts, Hachette, Paris, 1957, p. 80).


The son of the famous painter Jean-Honoré Fragonard, he first trained in his father’s workshop, then became the assistant of the painter David. The latter, speaking of his student’s talent, said: “there is oil in that lamp”. The young Fragonard quickly gained a reputation as a painter and sculptor, receiving numerous public and private commissions. During the Restoration period he created many models for the Royal Sèvres Manufactory. One of the most active participants in the renewal of the French decorative arts, he was a champion of the “Troubadour style”, which was influenced by the architecture, painting and decorative arts of the Middle Ages. 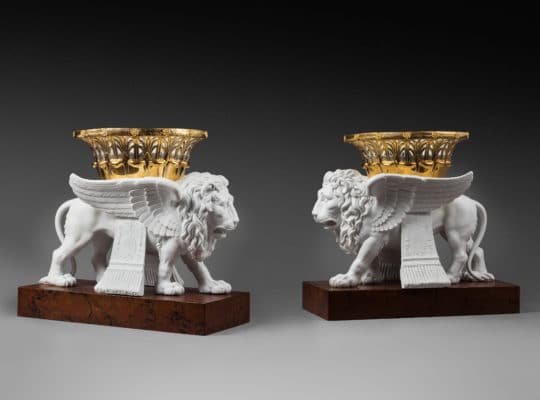 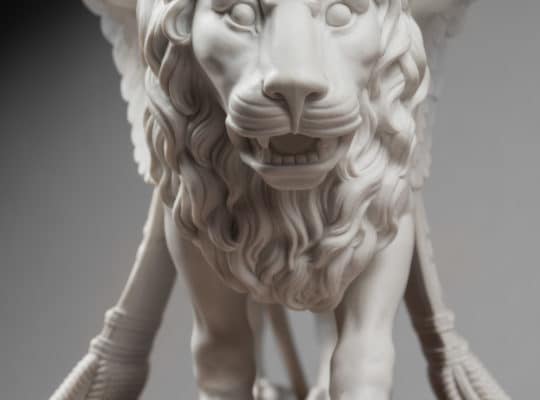 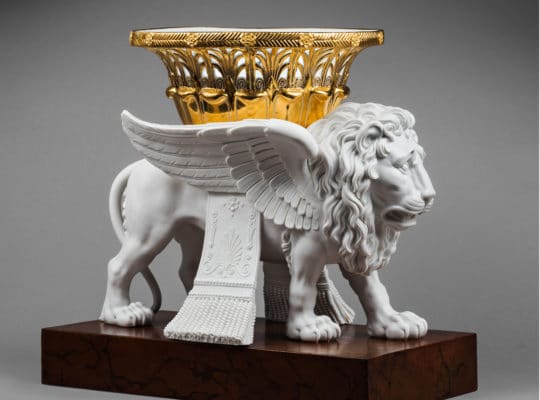 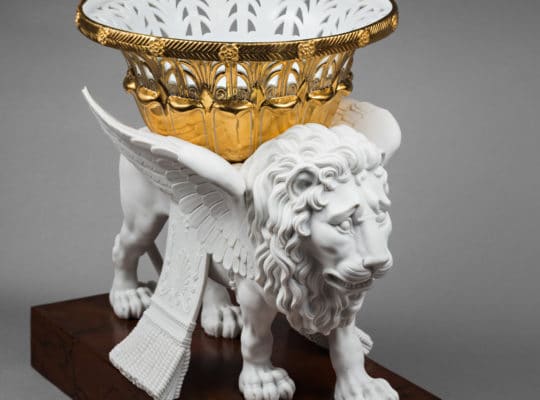 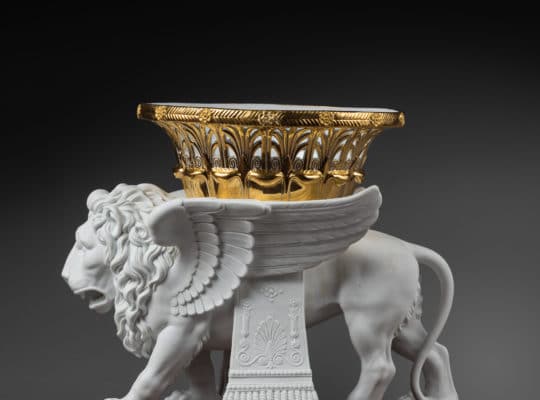 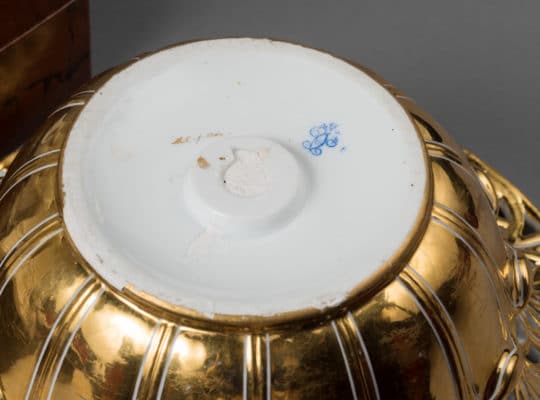 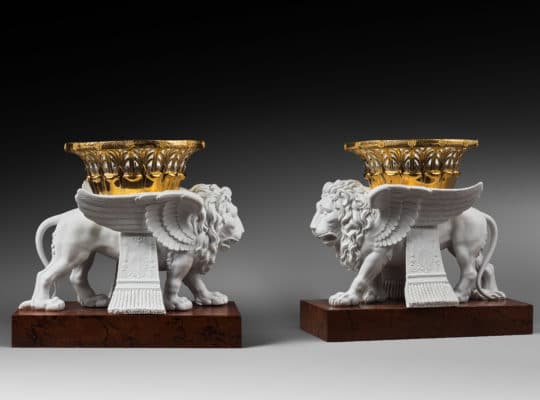 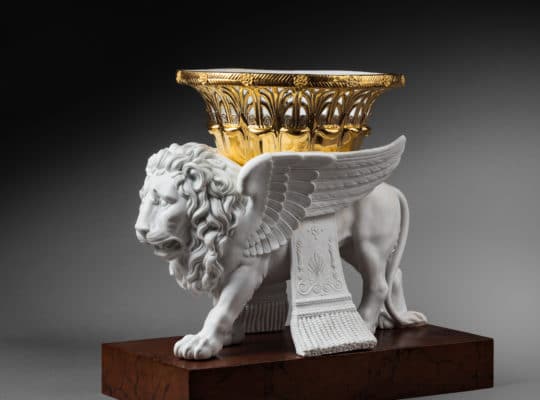 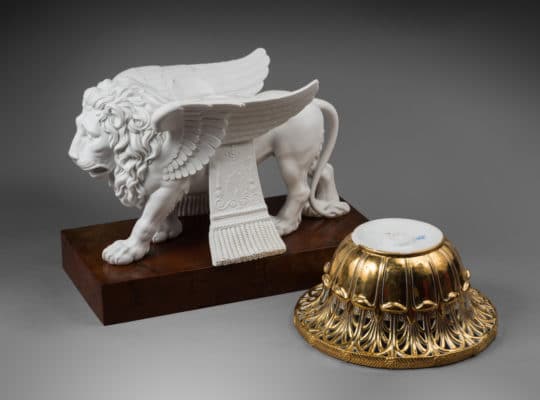 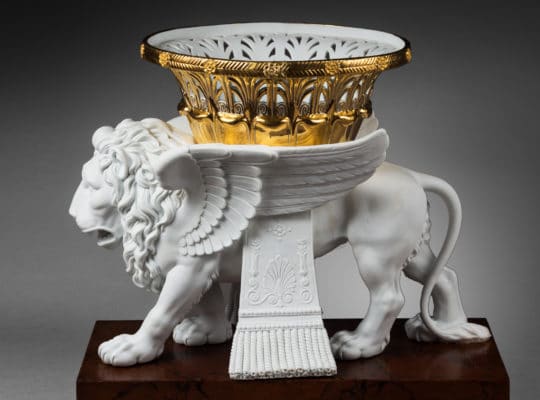 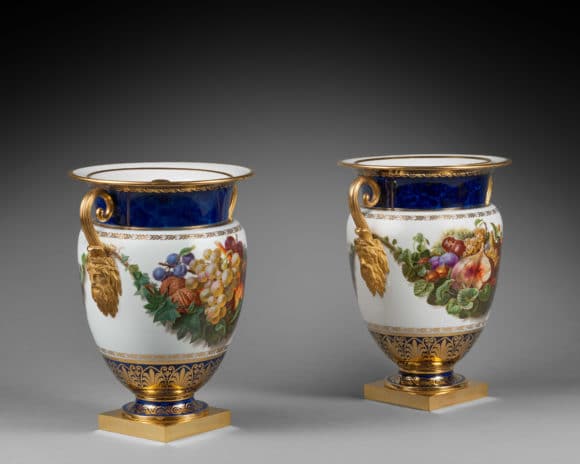 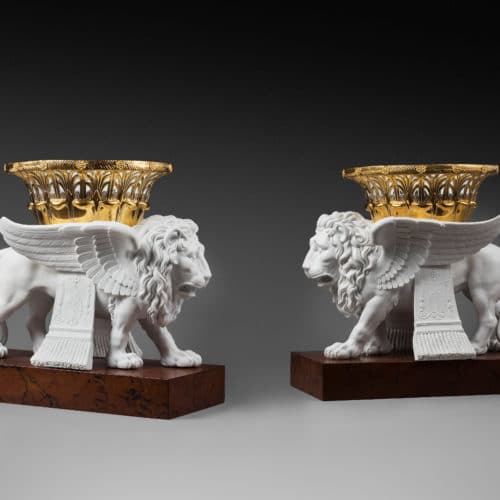