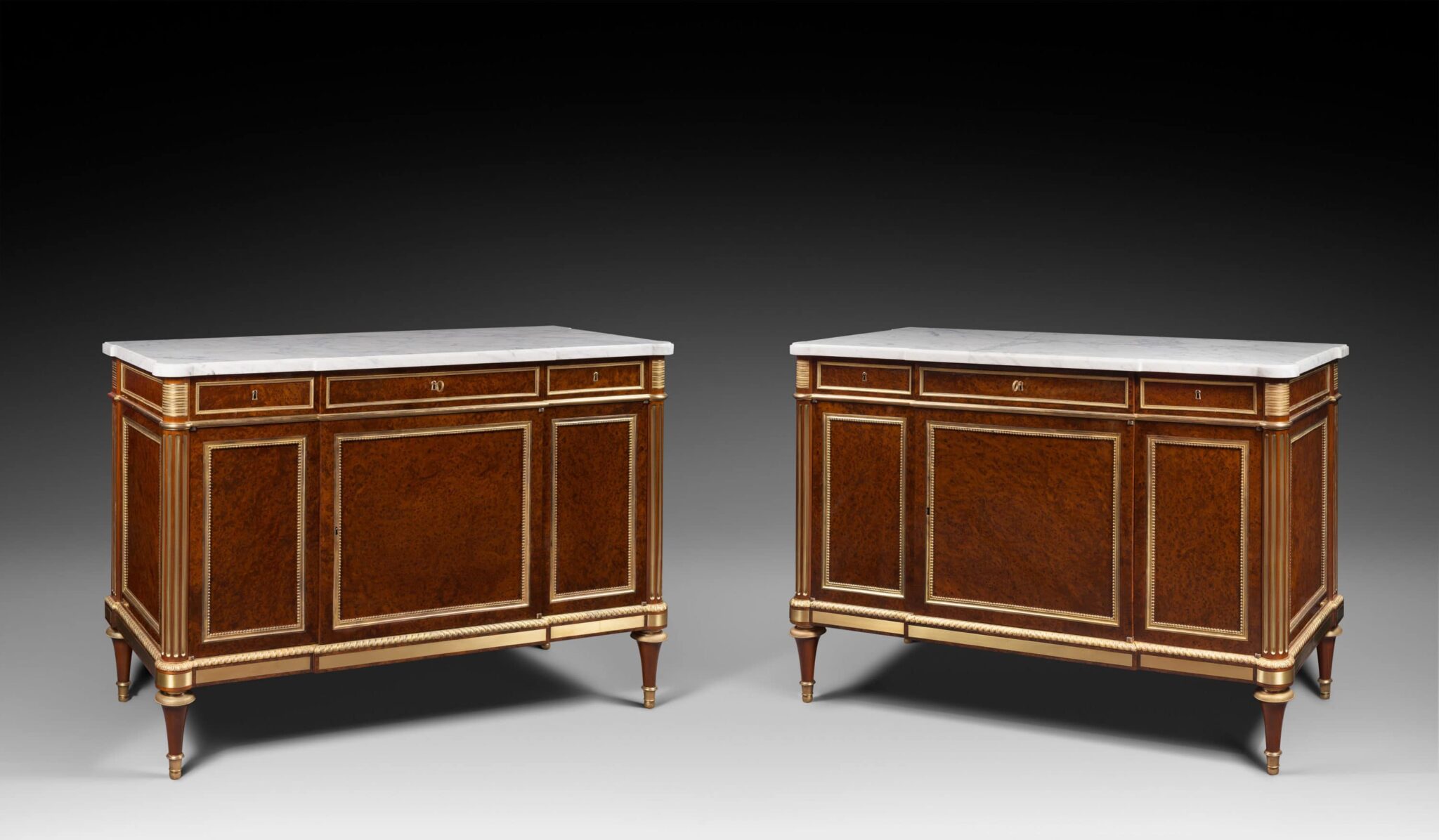 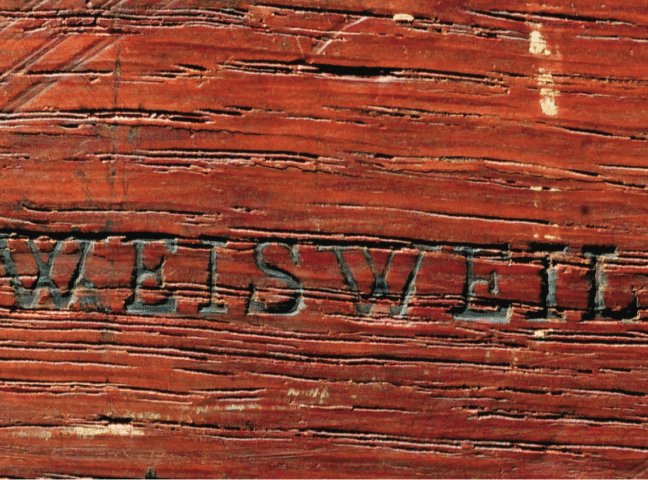 Made under the Supervision of Daguerre & Lignereux

-Thence by descent, kept in Broomhall House in Fife, Scotland.

The three-part façade of each commode features a slightly protruding central panel. The rectangular commodes have two doors, one of them “à brisure”, and an upper row of three drawers. The façade and the sides are veneered in yew wood, with molded gilt bronze mounts that are adorned with bead friezes. In the front the side columns are rounded, in the back they are in the form of pilasters; they are decorated with brass-inlaid fluting and feature panels that are chased with bands of alternating stylized motifs. The lower apron is adorned with stylized friezes and plain copper or brass panels. The commodes rest upon four toupie feet with knurled chapters and molded bases; their tops are of gray-veined white marble.

These two neoclassical commodes, which are characteristic of the finest Parisian cabinetmaking of the final decades of the 18th century, are a perfect illustration of the collaboration between Adam Weisweiler and the firm Daguerre & Lignereux. Commodes of this type are mentioned in contemporary documents, such as the probate inventory of the Prince or Princess of Salm, drawn up in August 1795, in which a bedroom is stated to have contained: “A commode in bird’s eye mahogany, with three doors adorned with ormolu gilt copper mounts, with a white marble tabletop, 3000 livres”. The present commodes also possess a prestigious and uninterrupted provenance – the descendants of the Count of Elgin still possess the invoices concerning the pieces their ancestor acquired from Parisian marchand-mercier Martin-Eloi Lignereux, the former associate and Parisian representative of Dominique Daguerre: on Prairial 15 in the year XI (4 June 1803), Lignereux sold to the Count of Elgin, for the sum of 2100 francs: “Two commodes in selected  bird’s eye wood, opening on the front by means of three doors adorned with gilt bronze mounts, with inner drawers set on cleats, said commodes without marble top”. They were later mentioned in the inventory of the “Principal Drawing Room” of Broomhall House in Fife, Scotland. 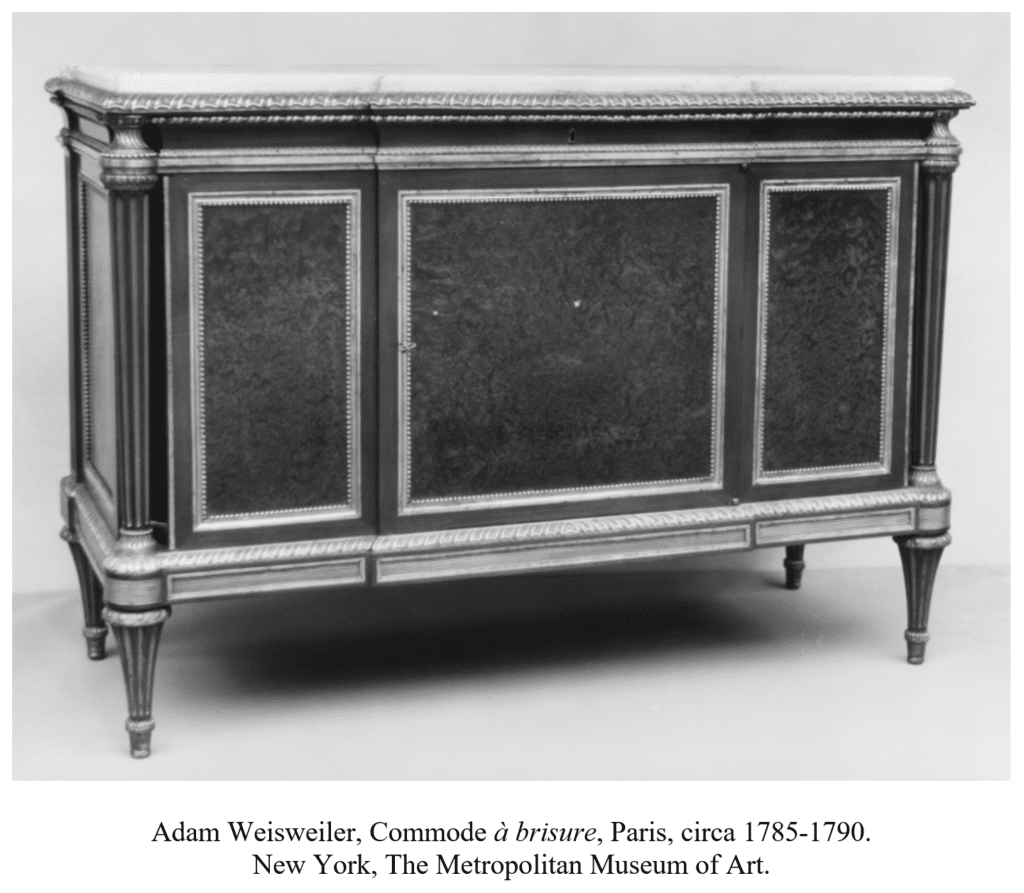 Today, only a few similar Weisweiler commodes are known to exist. Among them, one piece with three drawers is on display in the Musée national du Château de Versailles (see P. Lemonnier, Weisweiler, Editions Monelle Hayot, Paris, 1983, p. 57). A second commode is in the Metropolitan Museum of Art in New York (Inv. 25.161/Fletcher Fund 1925). A third, formerly in the Palace of Fontainebleau, is today in the Musée du Louvre in Paris (illustrated in J-P. Samoyault, Fontainebleau, Musée national du château, Catalogue des collections de mobilier 3, Meubles entrés sous le Premier Empire, RMN, Paris, 2004, p. 370, catalogue n° 305). One further commode of this type is in the Royal British Collections in Buckingham Palace (see H. Roberts, For the King’s Pleasure, The Furnishing and Decoration of George IV’s apartments at Windsor Castle, 2001, p. 333, fig. 416). 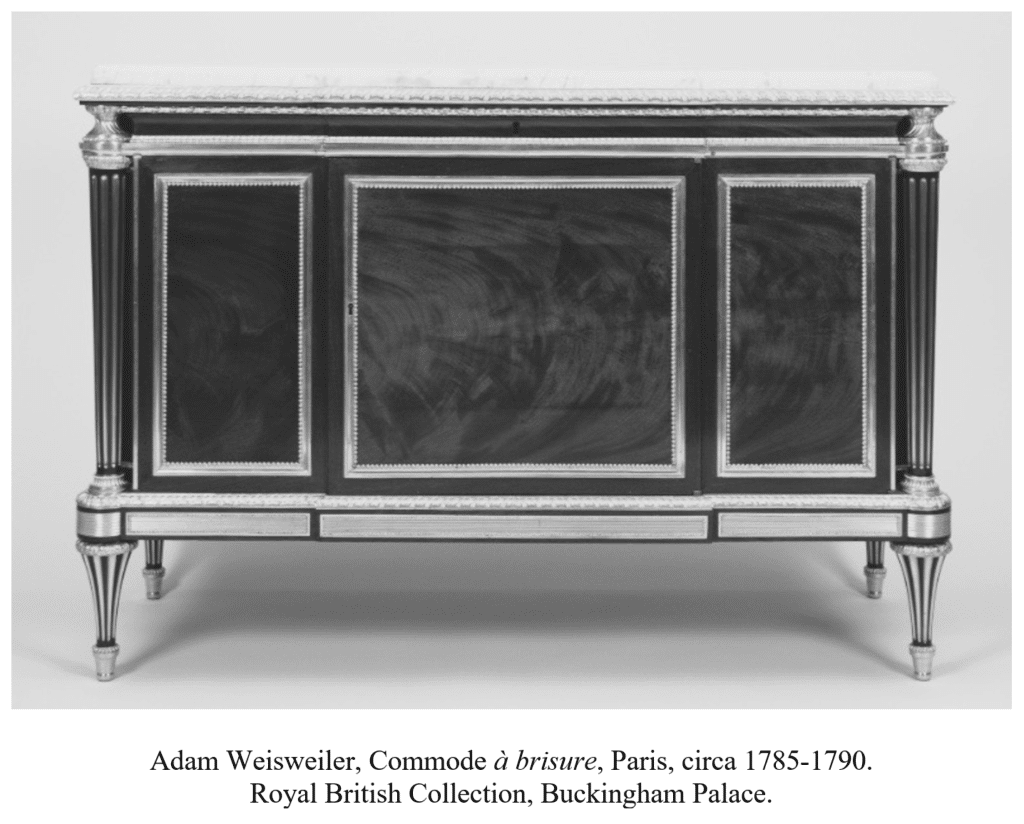 
Adam Weisweiler is a cabinetmaker who became a master in Paris on March 26, 1778. Having settled in the Faubourg Saint-Antoine quarter, he quickly gained renown, becoming one of the most important cabinetmakers of the final years of the reign of Louis XVI. He worked for the most important collectors of the time through the intermediary of marchand-merciers Dominique Daguerre and Martin-Eloi Lignereux. The Revolution does not seem to have greatly affected him; at this time he purchased several buildings. He continued to be active during the Empire period, working for the Queen Hortense, among others.


Martin-Eloi Lignereux was one of the most important marchand-merciers (merchants of luxury objects) of the last quarter of the 18th century and the early years of the following century. On April 1, 1787, he went into partnership with Dominique Daguerre, thus becoming the Parisian representative of the Daguerre & Lignereux firm, which was established at 85, rue Saint-Honoré. After Daguerre’s retirement in 1793, he continued to run the firm with great success, while conserving his predecessor’s clientele and playing an important role in the renewal of contemporary Parisian decorative art. In 1801, he was awarded a gold medal at the Exhibition of the Products of Industry, where it was noted that “in the opinion of all observers, the furniture made by Citizen Lignereux is remarkable for its elegance and lavish embellishments, for the choice of the appropriate form for each piece, and finally, for the exactness and high-quality finishing of both the interiors and the exteriors”. Several years previously, his daughter Adélaïde-Anne had married the renowned Parisian cabinetmaker François-Honoré-Georges Jacob, known as Jacob-Desmalter. In 1804 Lignereux retired, selling his business to the bronze caster Pierre-Philippe Thomire. During his active years, Lignereux worked for the most influential collectors of the day, including the Duke d’Aumont-Valentinois, Queen Marie-Antoinette, the Count d’Artois (brother of King Louis XVI), the Baron de Breteuil, the Prince of Wales (future King George IV of England), Czar Paul I of Russia, and Napoleon Bonaparte. 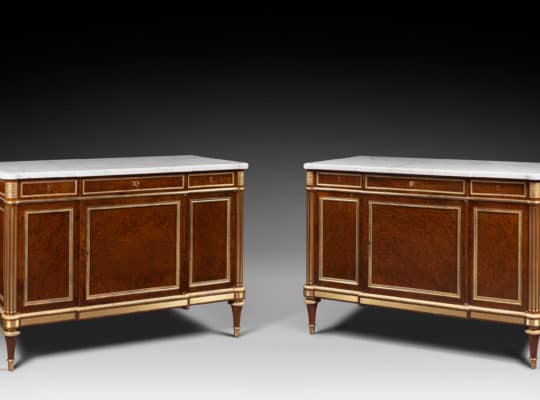 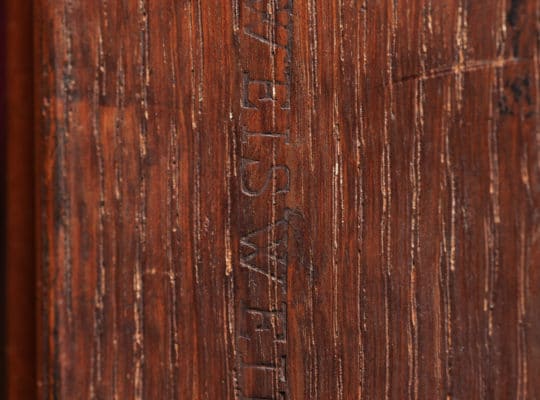 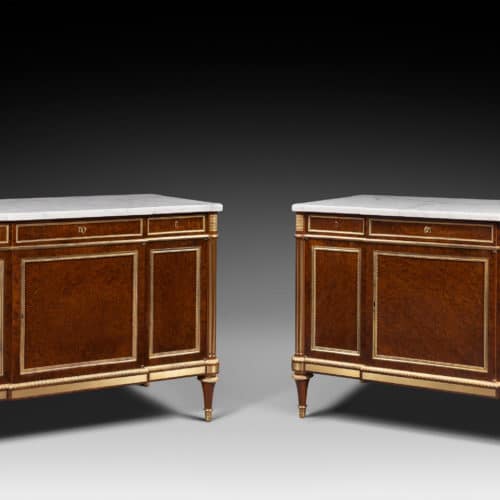