Adam Weisweiler is a cabinetmaker who became a master in Paris on March 26, 1778. Having settled in the Faubourg Saint-Antoine quarter, he quickly gained renown, becoming one of the most important cabinetmakers of the final years of the reign of Louis XVI. He worked for the most important collectors of the time through the intermediary of marchand-merciers Dominique Daguerre and Martin-Eloi Lignereux. The Revolution does not seem to have greatly affected him; at this time he purchased several buildings. He continued to be active during the Empire period, working for the Queen Hortense, among others.

Discover the clocks and pendulums of Adam Weisweiler 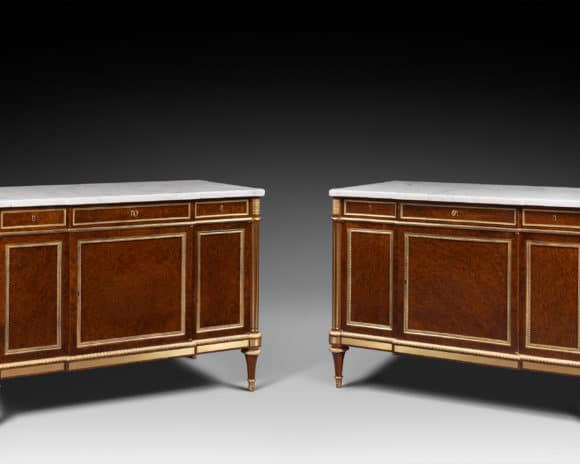 Weisweiler - Lignereux
Important Pair of Yew-Veeered and Gilt Bronze “à brisure” Commod...
Back
We use cookies to ensure that we give you the best experience on our website. If you continue to use this site we will assume that you are happy with it.Ok