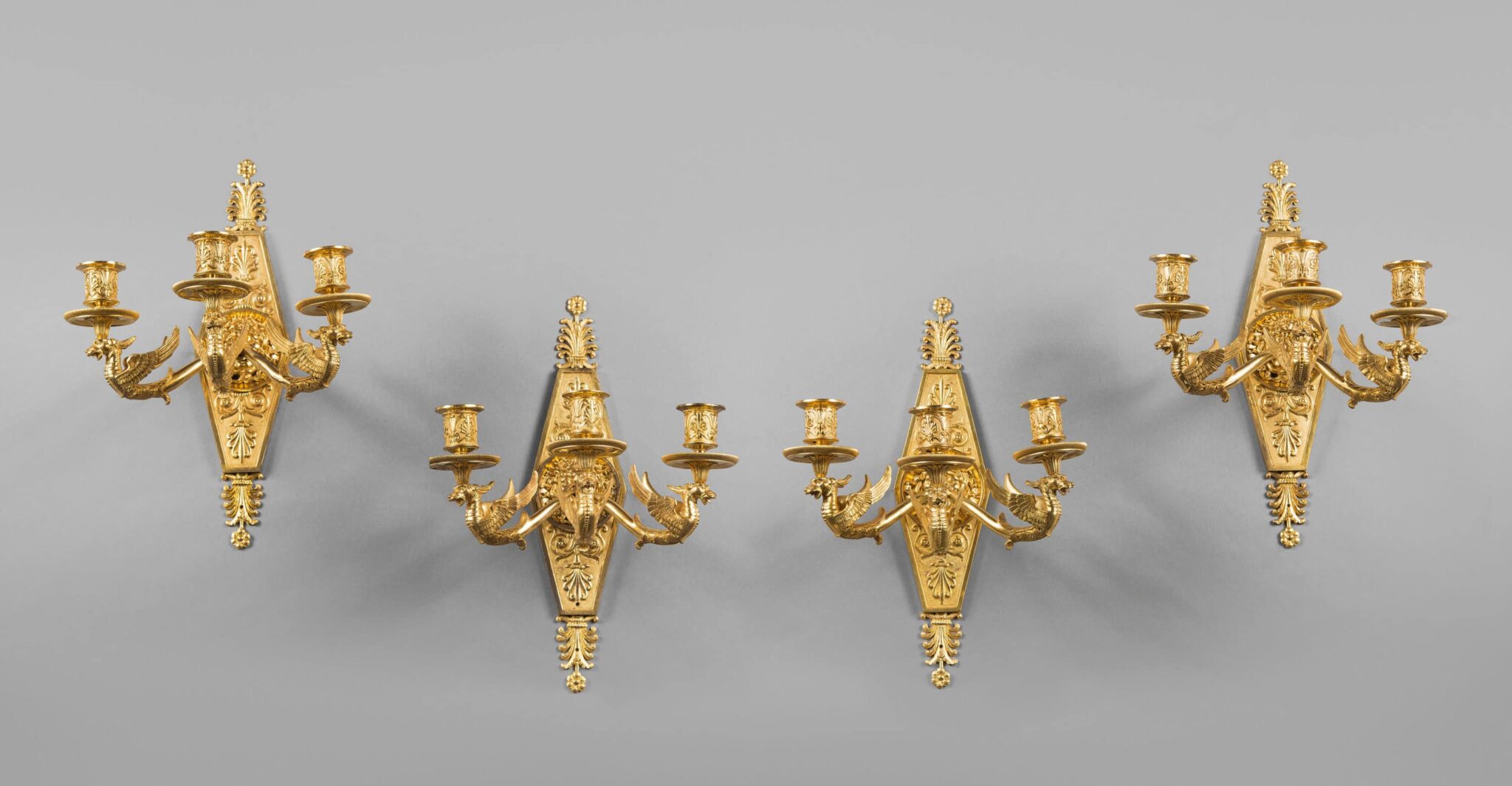 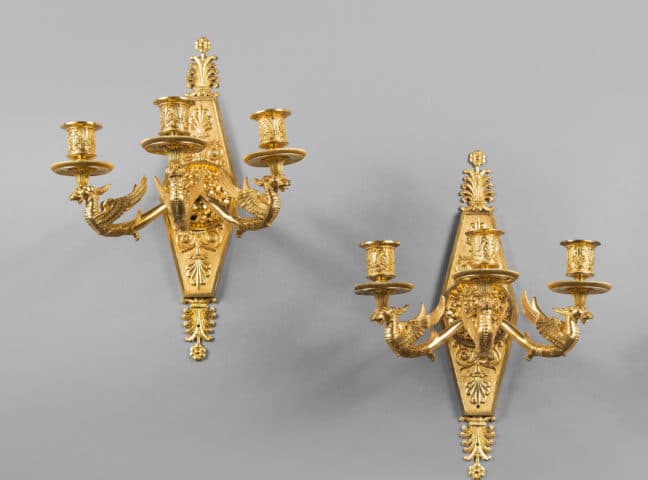 Made entirely of finely chased gilt bronze with matte and burnished finishing, the appliques feature a remarkable and unusual design. The back plates are in the form of hexagonal antique shields with stylized palmettes decorated with flowers at the top and bottom; they are embellished with large palmettes and flowers set against a matte ground and round medallions centered by Medusa’s masks that issue three sinuous light branches that terminate in fantastic winged animals with open mouths. On top of their heads are placed the drip pans and nozzles, which are finely chased with leaves, palmettes, flowers and knurled friezes.

The present rare suite of four wall lights is remarkable due to its unusual design and decoration, as well as the exceptional quality of its chasing and gilding. The back plate, in the form of an antique shield, allows the model to be attributed to the Feuchère workshop, one of the most prolific during the first three decades of the 19th century. In June 1820, Lucien-François Feuchère delivered two pairs of “shield form” wall lights to the royal Garde-Meuble; they were subsequently sent to the Tuileries Palace and are today in the Paris Mobilier national (the model is illustrated in D. Ledoux-Lebard, “Bronziers de l’Empire”, in Vergoldete Bronzen, Die Bronzearbeiten des Spätbarock und Klassizismus, Band II, Munich, 1986, p. 668, fig. 2). Two other comparable wall lights models are known: one, mentioned in the Ecole Militaire in 1807, is in the collection of the Mobilier national (illustrated in M-F. Dupuy-Baylet, L’heure, Le Feu, La Lumière, Les bronzes du Mobilier national 1800 -1870, Editions Faton, Dijon, 2010, p. 191, catalogue n°107). A second one, with a plate centered by a lion’s mask, is in the Musée national du Château de Fontainebleau (illustrated in G. Henriot, Le luminaire de la Renaissance au XIXe siècle, Paris, plate 216).


The Feuchère workshop, founded by the chaser-gilder Pierre-François Feuchère (1737-1823) was active as early as the reign of Louis XVI. During the first two decades of the 19th century it became the principle rival of the Parisian bronziers Pierre-Philippe Thomire, Claude Galle and André-Antoine Ravrio. Lucien-François, the son of Pierre-François (active 1780-1828), a master chaser, assisted his father and helped develop the workshop during the Empire period, creating remarkable pieces for a wealthy clientele in France and abroad, including influential German and Austrian aristocrats. 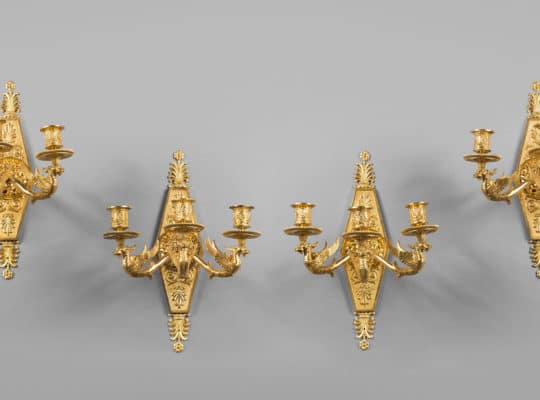 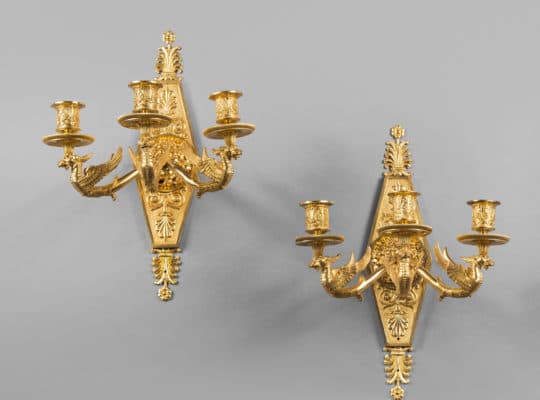 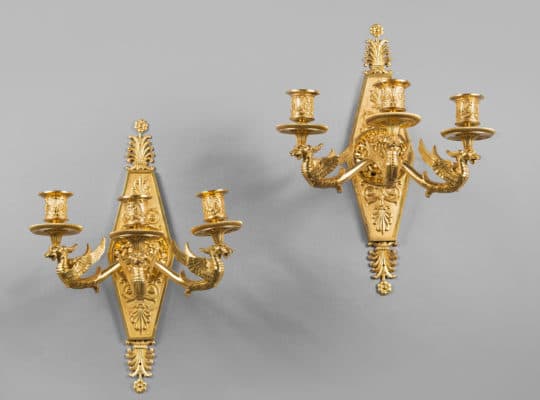 Write us
Call us
Print
Share
In the same category
Feuchère 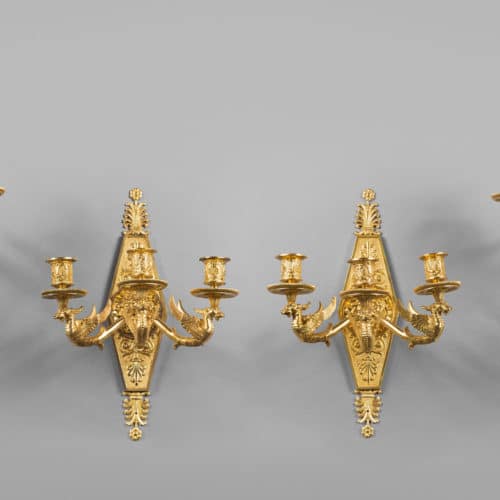