The Feuchère workshop, founded by the chaser-gilder Pierre-François Feuchère (1737-1823) was active as early as the reign of Louis XVI. During the first two decades of the 19th century it became the principle rival of the Parisian bronziers Pierre-Philippe Thomire, Claude Galle and André-Antoine Ravrio. Lucien-François, the son of Pierre-François (active 1780-1828), a master chaser, assisted his father and helped develop the workshop during the Empire period, creating remarkable pieces for a wealthy clientele in France and abroad, including influential German and Austrian aristocrats.

Discover the clocks and pendulums of Feuchère 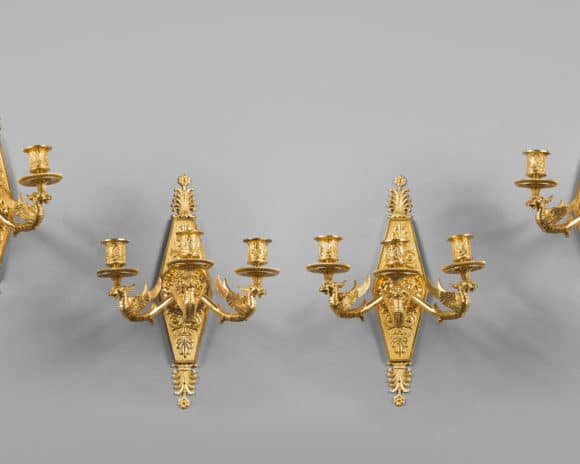 Feuchère
Rare Suite of Four Three-Light Gilt Bronze Wall Appliques with M...
Back
We use cookies to ensure that we give you the best experience on our website. If you continue to use this site we will assume that you are happy with it.Ok