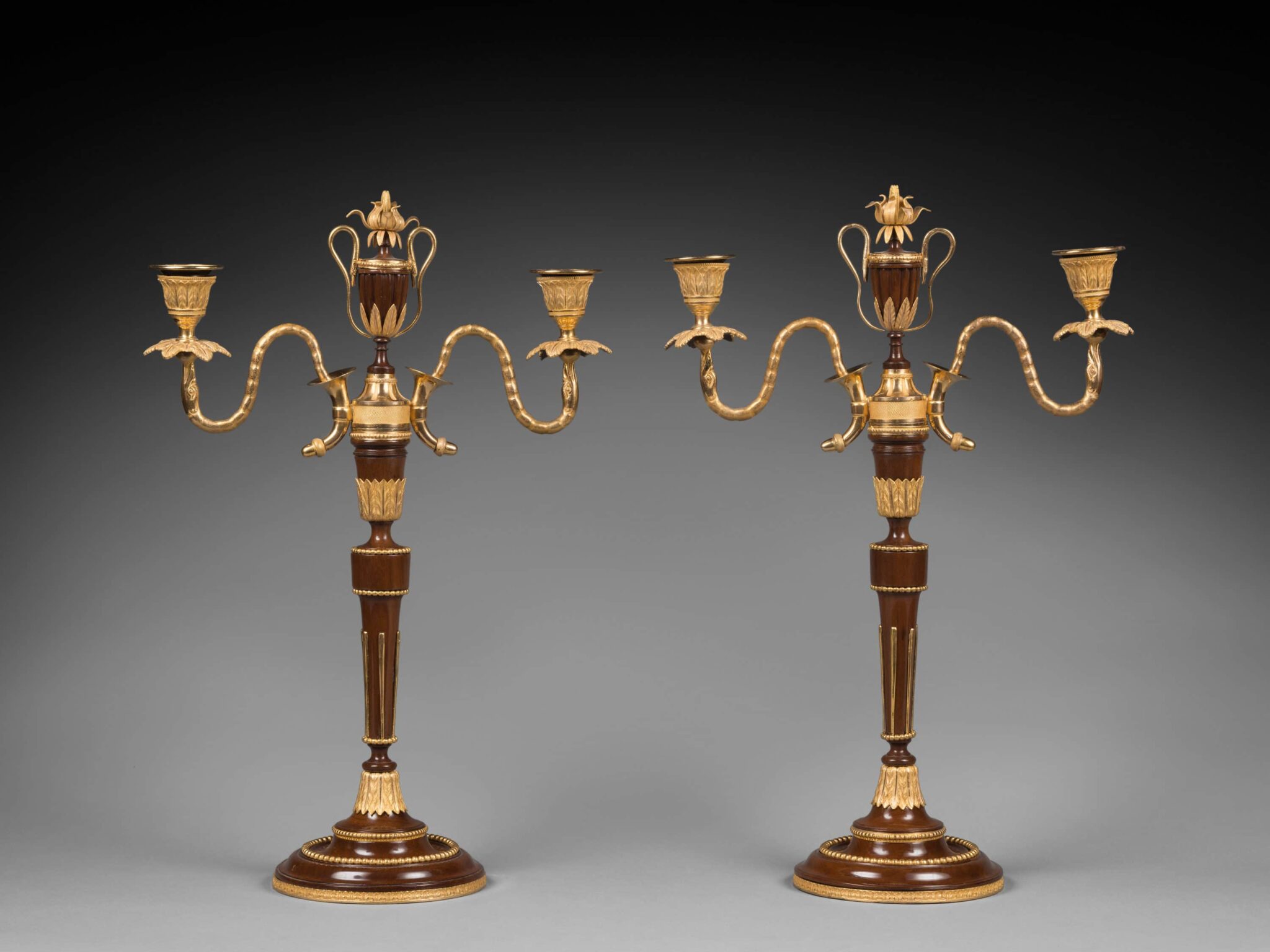 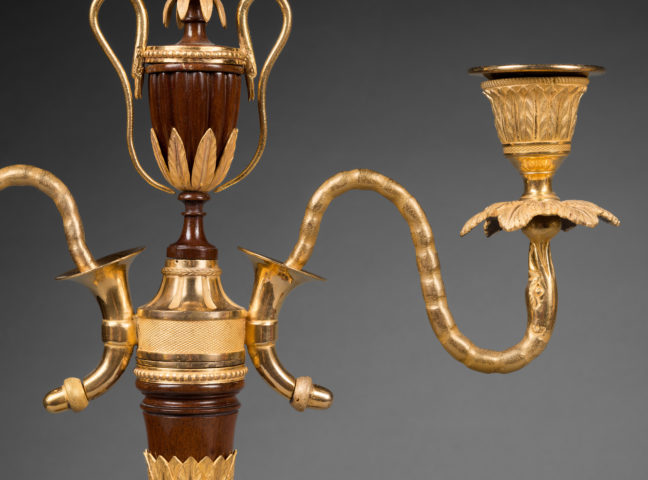 This pair of candelabra, made of molded mahogany and finely chased and engine-turned gilt bronze with matte and burnished finishing, features a tapering stem with a protruding ring that is adorned with beadwork and molding. It supports a vase with molded toruses that emerges from a bouquet of stylized leaves; to it are attached two hunting horns that are decorated with acorn finials, which in turn issue two sinuous light arms in the form of snakes, whose mouths support the leaf-decorated nozzles and drip pans adorned with leaf, cord, and cross-hatch friezes framed by plain bands. In the central portion between the light arms, supported by the central stem, is a gadrooned vase with applied serpent handles and a leaf bouquet at its base. The stems rest on round, molded bases with concave detailing, bead friezes, and leaf molding.

The remarkable design of the present rare pair of candelabra and the exceptional quality of its gilding and chasing demonstrate the French influence on European decorative arts at the time. They display a perfect mastery of the techniques and material employed for their creation. During the second half of the 18th century, most of Europe’s important royal and princely courts considered Paris to be the uncontested capital of the arts. Artists and artisans from all over Europe came to the French capital to learn the techniques used and to immerse themselves in the new decorative movements that were launched by the great Parisian marchands-merciers and collectors. When they returned home, these artists and artisans, at the request of their clients – usually important collectors – produced work based on French models, while also preserving the decorative traditions of their own countries. These interactions resulted in some of the finest and most beautiful pieces in the European decorative arts. The present candelabra were made in that particular context. Their elaborate forms suggest they were made in Northern Europe, probably in Sweden. A pair of comparable large candlesticks in molded mahogany, with tapering, fluted stems and nozzles and drip pans made of gilt metal, are in the collection of the Hazelius house in Stockholm (illustrated in H. Groth, Châteaux en Suède, Intérieur et mobilier néo-classiques 1770-1850, London, 1990, p. 183). 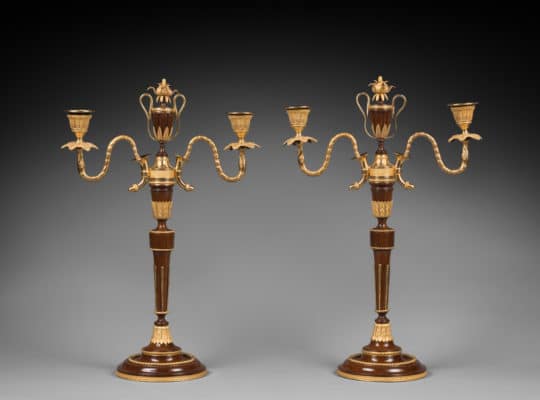 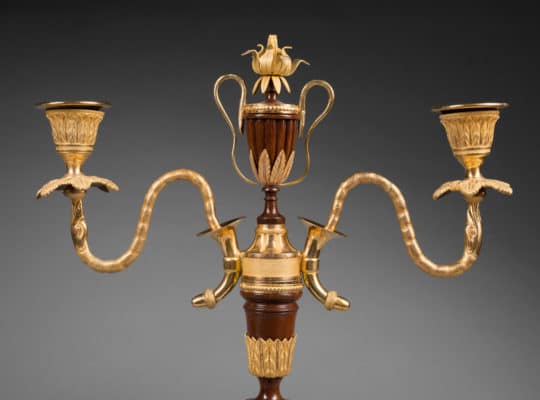 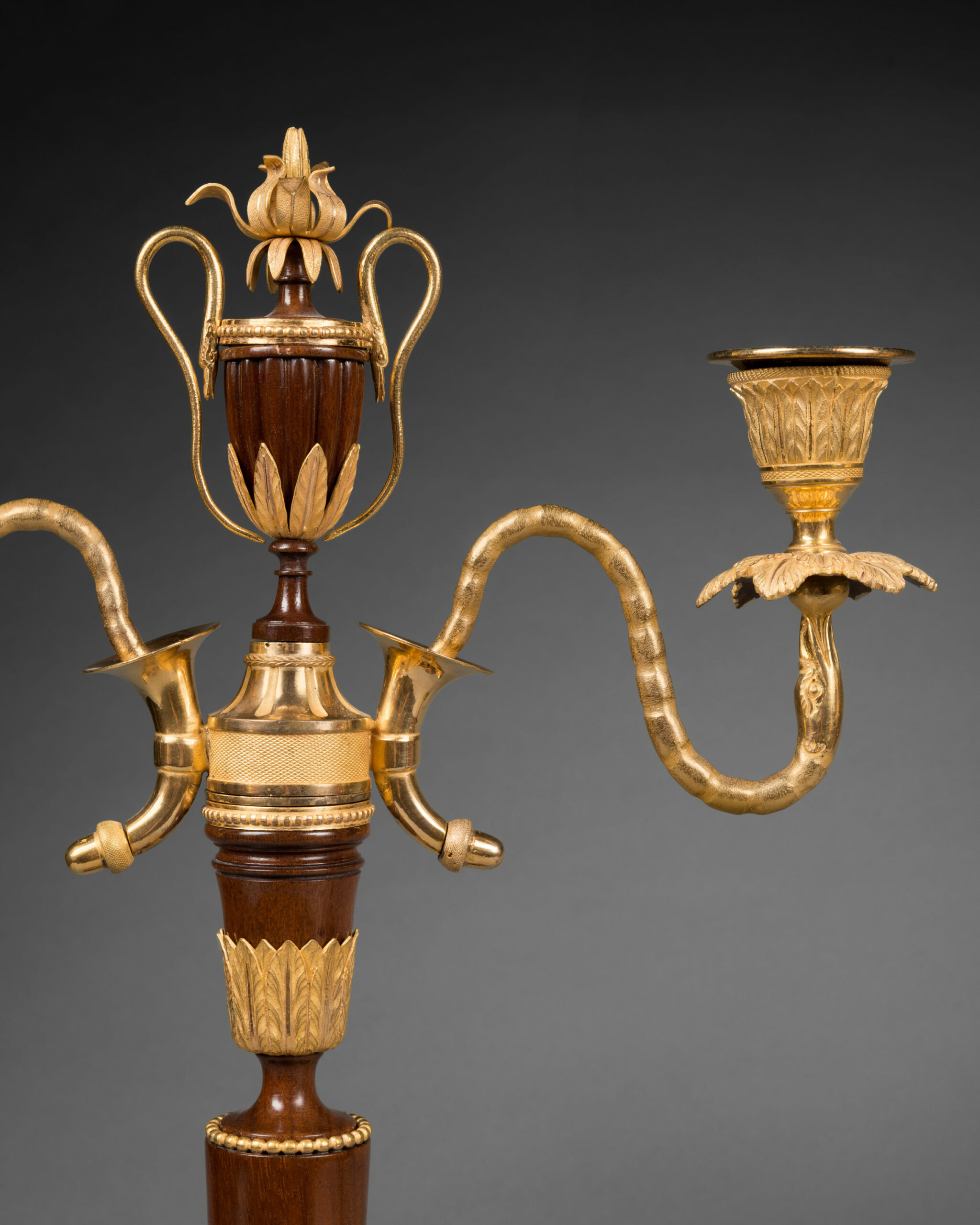 Write us
Call us
Print
Share
In the same category
CA61

Rare Pair of Two-Light Mahogany and Gilt B... 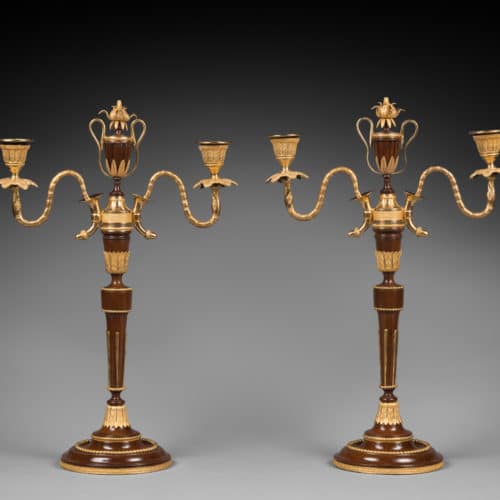 Rare Pair of Two-Light Mahogany and Gilt B...