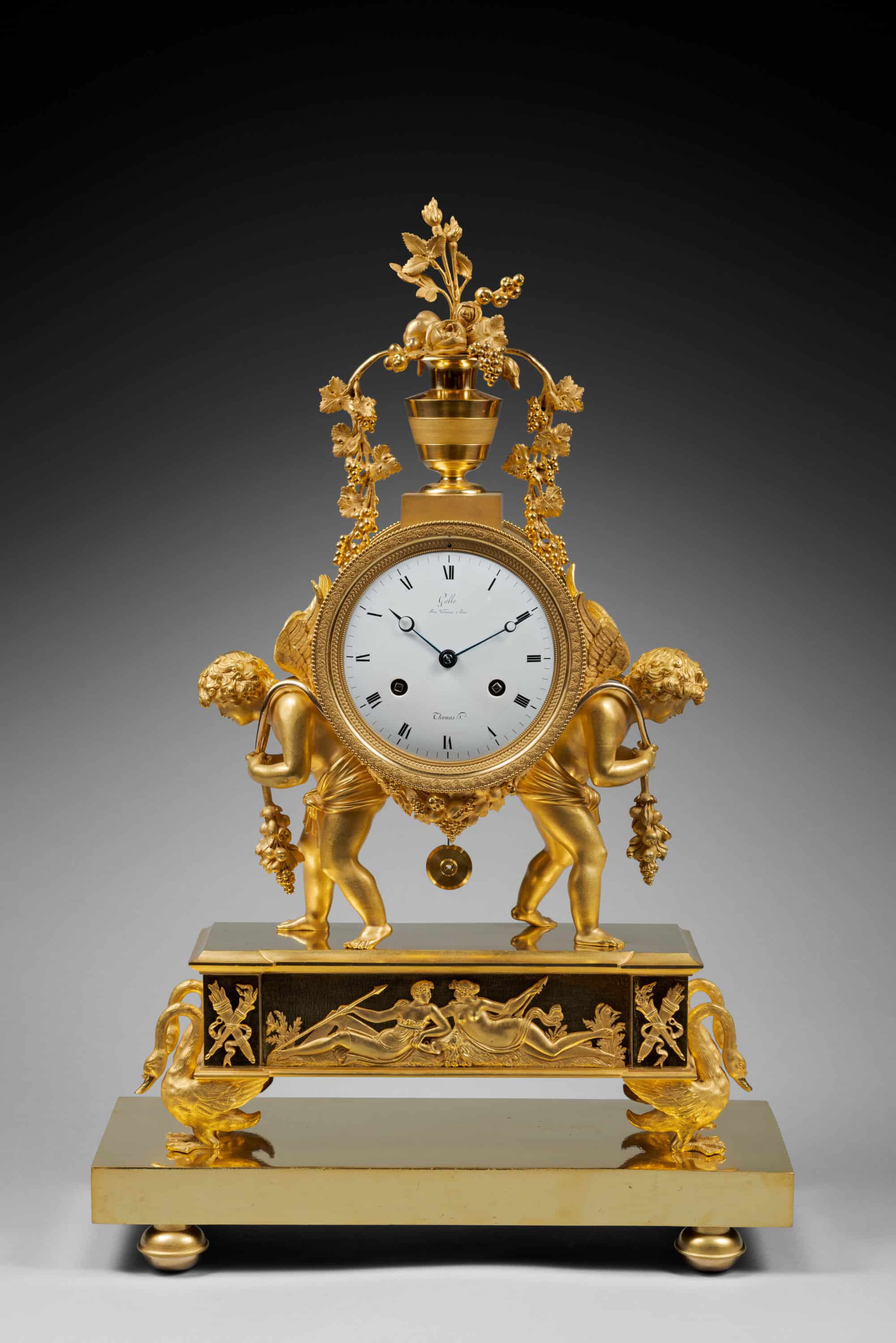 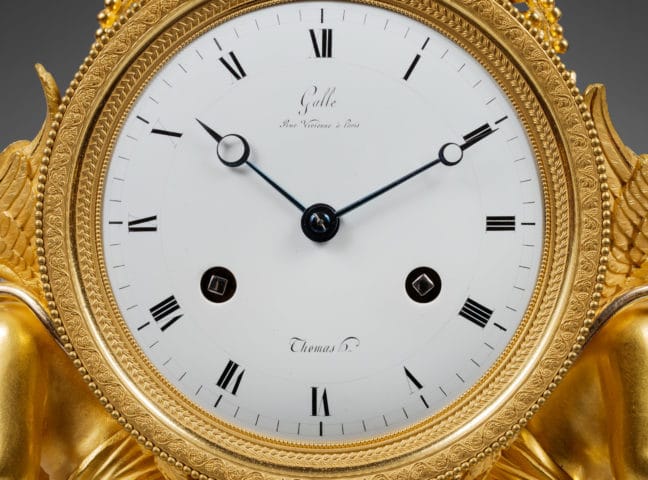 The round white enamel dial, signed “Galle Rue Vivienne à Paris” and “Thomas Hr”, indicates the Roman numeral hours and the outermost minutes graduations by means of two blued steel Breguet hands. The hour and half-hour striking movement is housed in a finely chased gilt bronze case with matte and burnished finishing. The bezel is adorned with engine-turning and motifs of vine leaves, wheat sheaves and beads. The drum case is surmounted by an urn containing fruits and flowers and issuing grape vines. It is supported on the backs of two winged Cupids wearing loincloths. The shaped quadrangular base has a central reserve on its façade that is decorated with applied motifs of crossed quivers and torches and a low relief scene depicting Venus and Adonis reclining on a naturalistic terrain. The clock stands upon the backs of four swans with curving necks. A rectangular plinth, set on four flattened ball feet decorated with cord friezes, supports the clock.

The particularly elegant composition of the present rare mantel clock, as well as the exceptional quality of its chasing and gilding, are indicative of the talent and skill of Claude Galle, the bronze caster who made the case during the early years of the 19th century. Galle, one of the finest Parisian artisans of his time, was a colleague and rival of Pierre-Philippe Thomire.

The design was inspired by a model that is slightly older, since it features the Revolutionary calendar. That clock was bequeathed in late 1969 to the Lyon Musée des Arts décoratifs by Henri Baboin-Jaubert-Ecully. Its dial is by Manière, and it features two patinated bronze cupids that support the case housing the movement, which is surmounted by a cupid riding a lion (illustrated in the exhibition catalogue Ô Temps ! Suspends ton vol, Catalogue des pendules et horloges du Musée des Arts décoratifs de Lyon, Lyon, 2008, p. 85, catalogue n° 36).


This clockmaker, who signed “Thomas à Paris”, often worked with the bronze caster Claude Galle. This Parisian clockmaker was active during the latter part of the 18th century and the early years of the following century. Through Galle, Thomas became known to Parisian connoisseurs of fine and luxury horology. Some of his pieces were mentioned during the early decades of the 19th century as being in the homes of important collectors, including two Napoleonic Marshals, Michel Ney, Prince of the Moskva and Duke of Elchingen, and Louis-Alexandre Berthier, prince of Wagram. Others were cited in the posthumous inventory of the wife of Louis-Amable-Auguste-Ursule-Achille de Sparre. 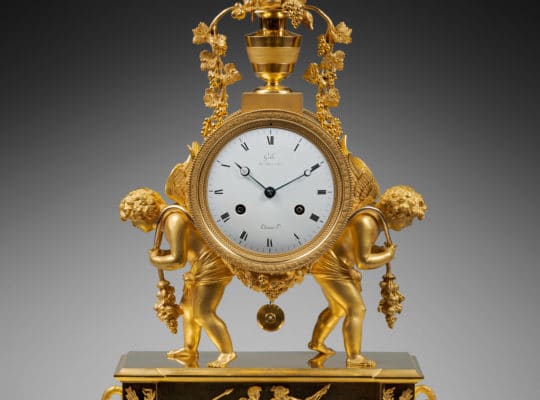 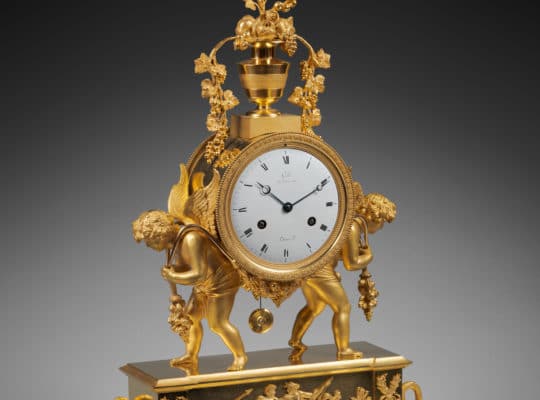 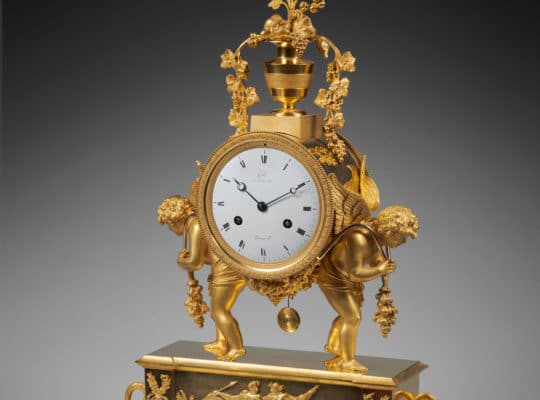 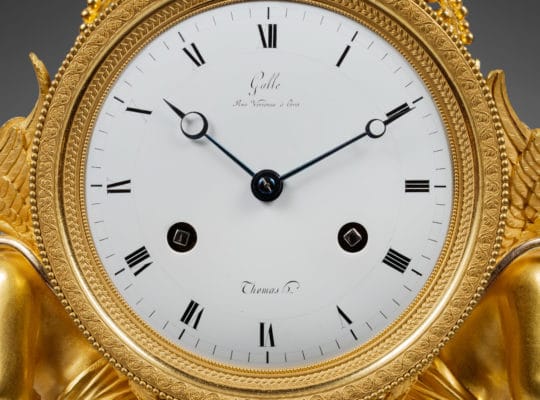 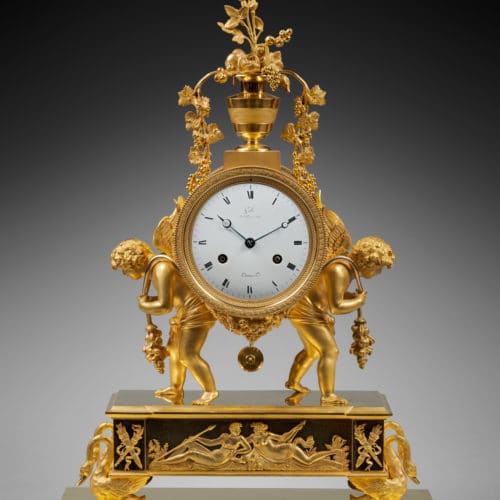