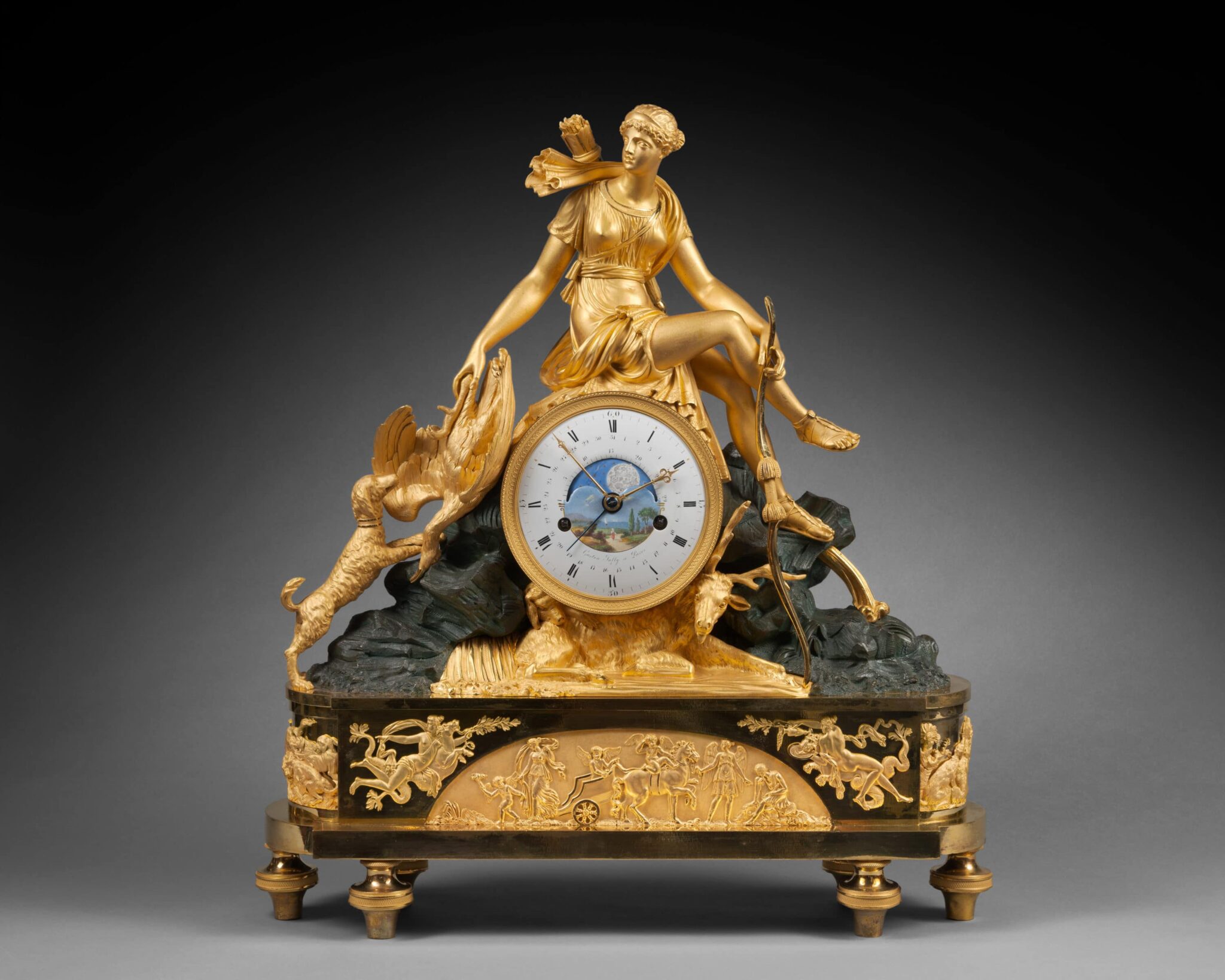 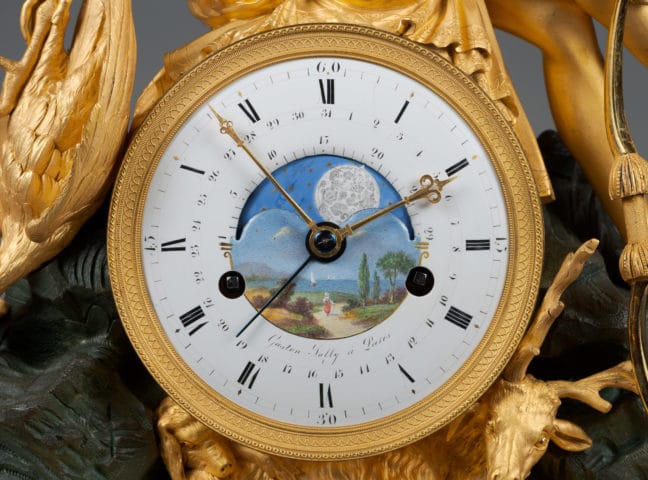 The white enamel annular dial, signed “Gaston Jolly à Paris”, indicates the Roman numeral hours, the Arabic numeral fifteen-minute intervals, and the date by means of three hands, two of which are made of pierced and gilt brass. In its center is a painted medallion indicating the moon phases and the age of the moon along its upper border, with a perspective landscape showing a lady walking along a path, and in the background a seascape with sailing ships. The hour and half hour striking movement is housed in a finely chased, patinated and gilt bronze  case with matte and burnished finishing, which features a figure depicting Diana resting after the hunt. The bezel is adorned with friezes of beads and interlacing patterns. Surmounting the clock is a fine sculptural figure representing Diana wearing classical robes and a diadem, and bearing a quiver slung across her chest. She holds a bow in her left hand and a swan, the result of her hunt, which is being examined by a dog standing on its hind legs. She is seated on a naturalistic rocky terrace which also contains a sculptural group depicting a reclining stag and a fawn. The shaped quadrangular base, with rounded corners, is elaborately adorned with applied motifs and decorated reserves. On the sides, there are dogs hunting or eating, and a panel with mythological scenes depicting two nymphs riding on sea creatures, including a seahorse. The clock stands on six knurled feet decorated with hatching and beads.

The exceptional quality of the chasing and gilding of this important mantel clock, as well as its remarkable composition, make it one of the most successful models of the early 19th century. It may be attributed to Claude Galle, one of the finest Parisian bronze casters of the time. A comparable pyramid-shaped clock, which depicts a resting Omphale holding Hercules’s club, bears Galle’s signature. At the time, his shop was located in the rue Vivienne in Paris (illustrated in H. Ottomeyer and P. Pröschel, Vergoldete Bronzen, Die Bronzearbeiten des Spätbarock und Klassizismus, Band I, Munich, 1986, p. 371, fig. 5.13.19). The clock is also shown in E. Niehüser, Die Französische Bronzeuhr, Eine Typologie der figürlichen Darstellungen, Munich, 1997, p. 65, fig. 92.


François-Pierre Jolly, known as Gaston-Jolly, is one of the most important Parisian horologists of the late 18th century and the early 19th century. After he became a master, on May 6, 1784, he established his workshop in the rue de Arcis and quickly earned a reputation among Parisian horological connoisseurs. During the Directoire and the Empire, he created several clocks, which were sought-after due to the quality of their movements and their original compositions. He is recorded first in the rue Pavée Saint-Sauveur from 1810 to 1820, then in the boulevard Poissonnière in 1820. Certain of his creations were recorded during the Empire as belonging to important collectors of the day, such as the wife of Charles-Philibert-Marie-Gaston de Lévis, comte de Mirepoix and Bernard-Charles-Louis-Victor, Marquis de Lostanges, Napoleon’s Chambellan. 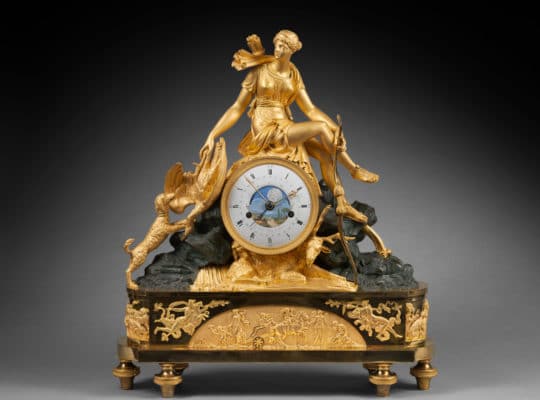 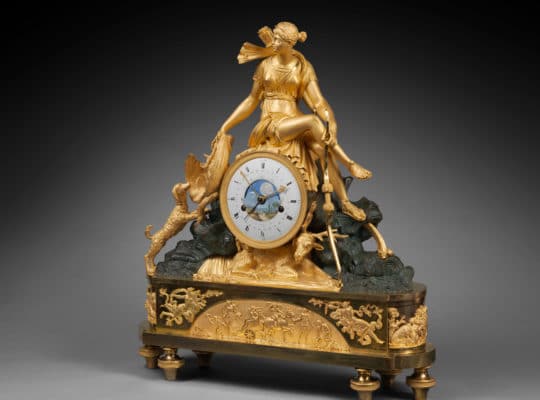 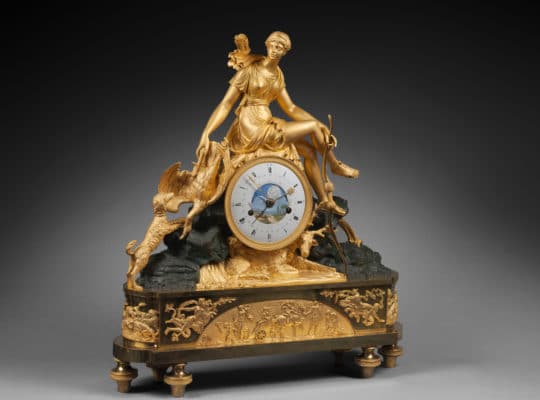 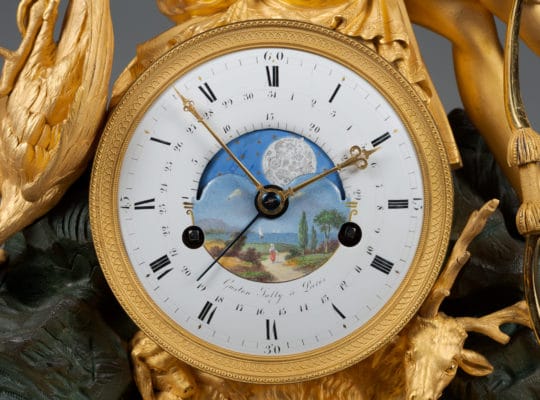 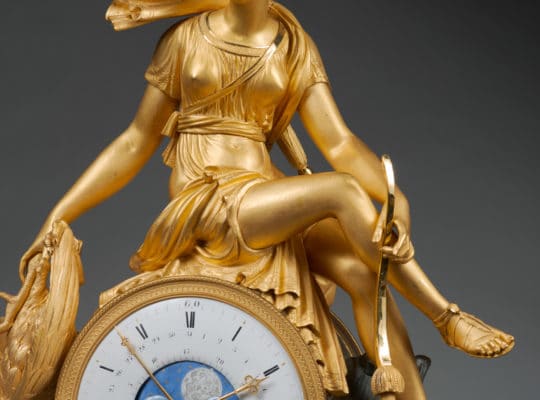 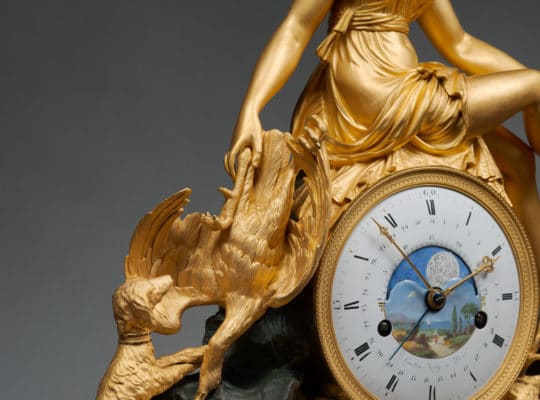 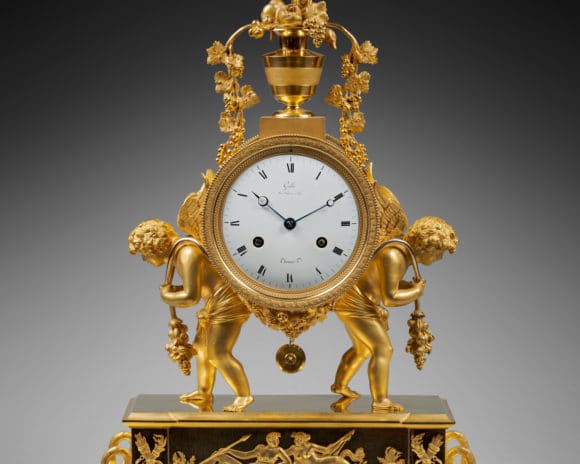 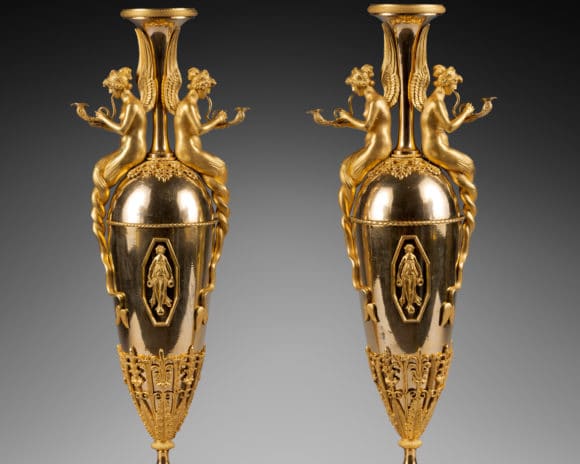 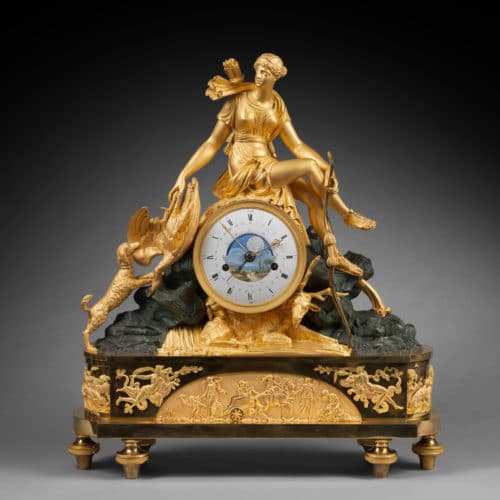