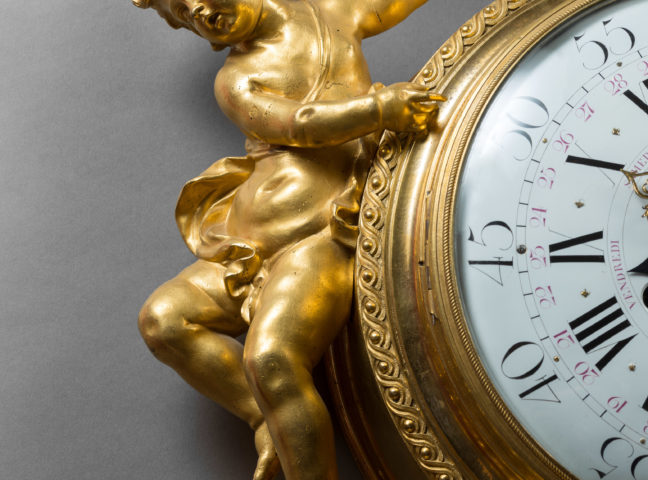 The enamel dial, signed Fille Prevost à Angers, indicates the hours in Roman numerals, the minutes in Arabic numerals, the date and the days of the week; it is set within a superb and unusual case of very finely chased and gilt bronze. The bezel is adorned with interlacing motifs, and at the summit a chased tripod urn with inlaid fluting is decorated with ram’s heads and a bouquet of flowers and fruits. The lower portion is architectural, with an entablature decorated with alternating egg and dart motifs; the central portion features a rectangular bas-relief scene with beaded border, depicting Cupid musicians frolicking in the clouds; on either side hang elegant oak leaf and acorn swags that are attached to a central ring. Two lightly draped putti are placed to the right and left of the dial.

The quality of the chasing and gilding, as well as the unusual design of the case (it is the only such example known to date), allow us to attribute it to one of the finest Parisian chaser-gilders of the late 18th century, Pierre Gouthière. While no other comparable piece by Gouthière is recorded, there are numerous stylistic similarities between this clock and certain bronze furniture mounts made by this highly skilled artisan (see H. Ottomeyer and P. Pröschel, Vergoldete Bronzen, Band I, Munich, 1986, p. 208, plate XXV).

We know of two other very similar examples presenting variations, particularly in that the two cherubs on either side of the dial are lacking. The first was offered on the American market in 1987 (Sotheby’s, New York, May 16, 1987, lot 27); the second, signed Lepaute à Paris, was sold approximately twenty years ago in Monaco, at the sale of a portion of the collection of couturier Hubert de Givenchy. 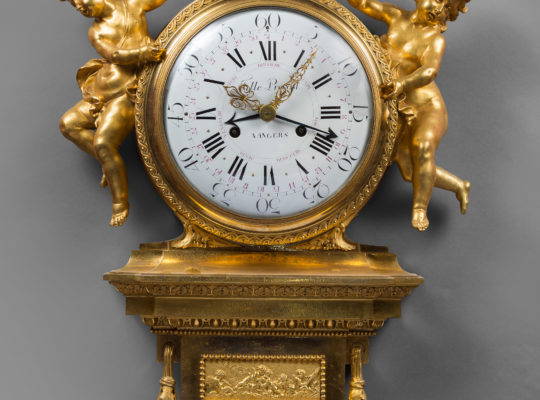 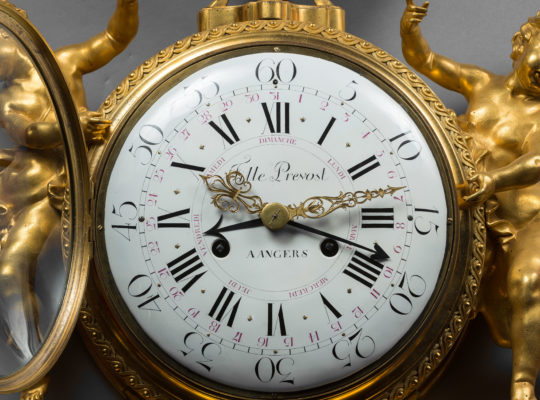 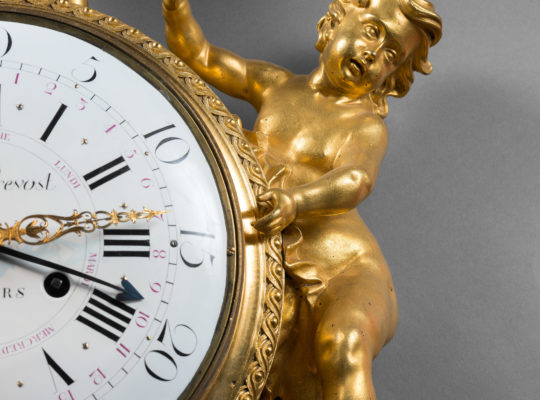 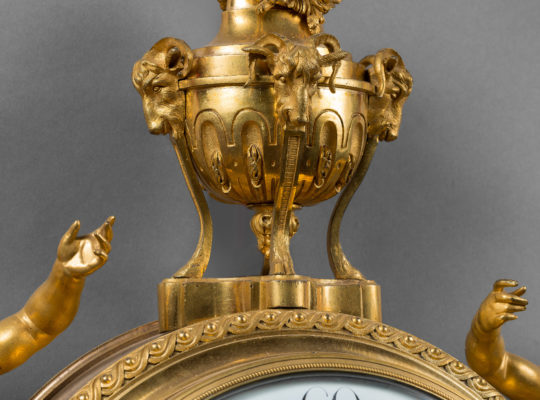 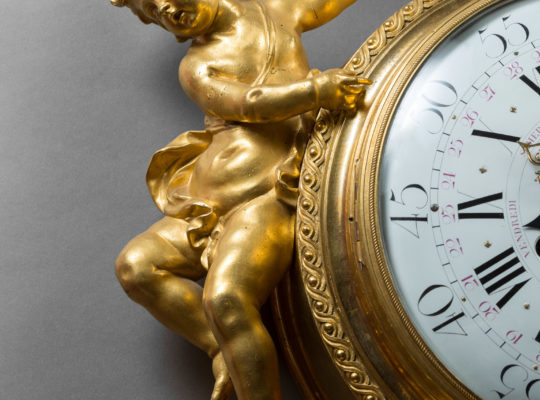 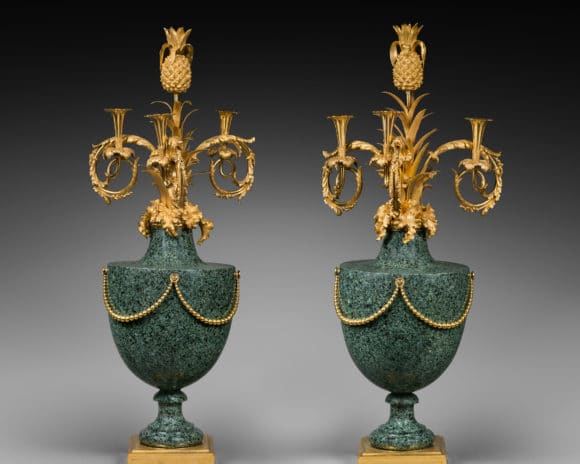