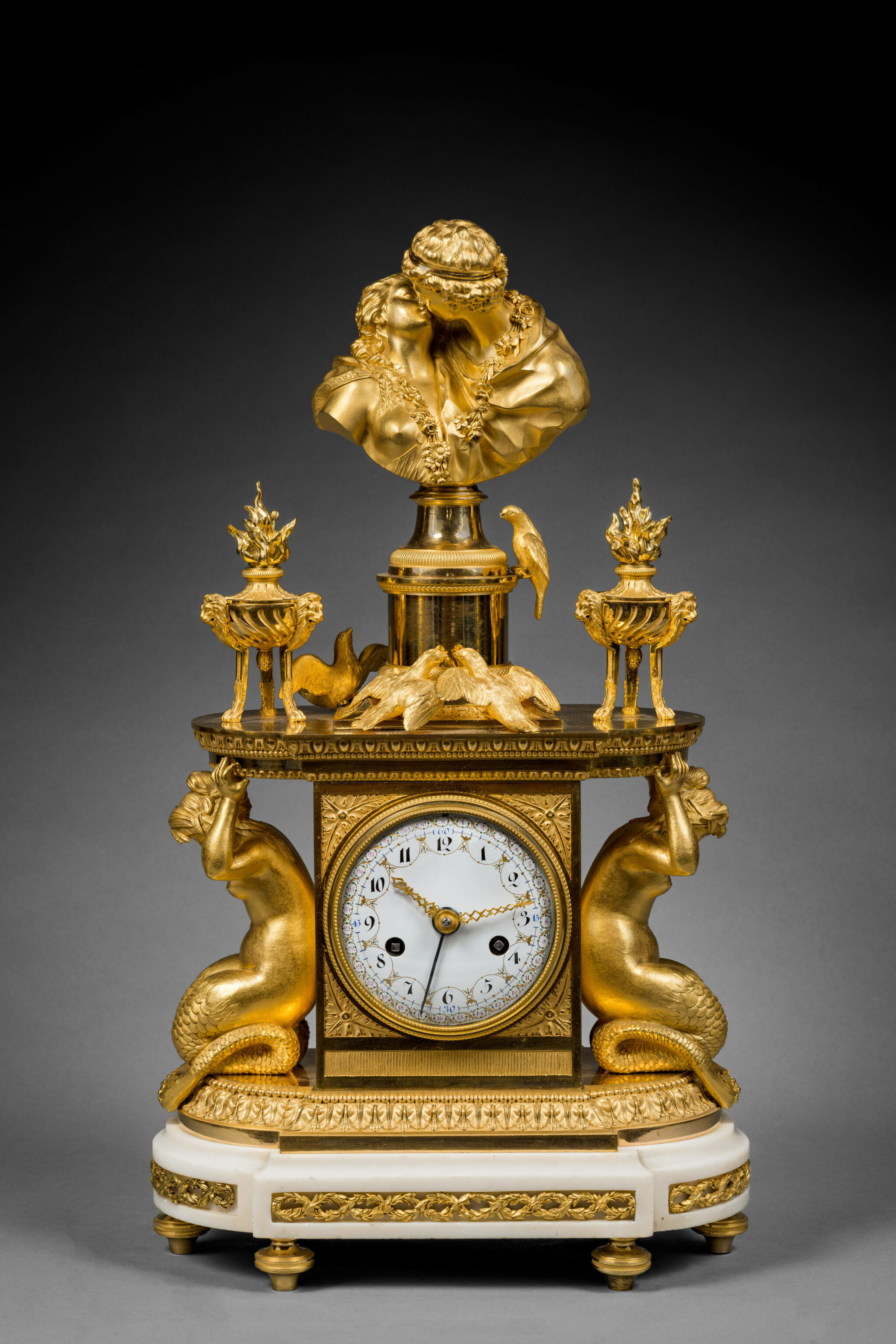 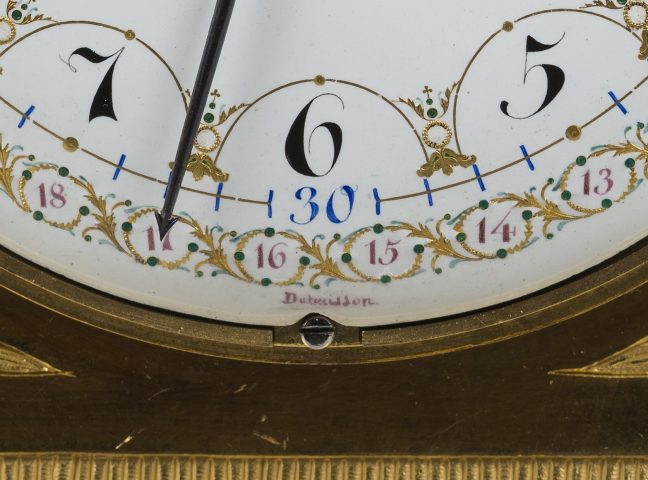 After a model by Jean-Antoine Houdon

The round enamel dial, signed “Dubuisson”, indicates the Arabic numeral hours and fifteen-minute intervals by means of two pierced gilt bronze hands, as well as the date by means of a steel hand. The gilt bronze neoclassical case is very finely chased. The dial is framed by chased foliate spandrels.  The case, in the form of an antique milestone, is flanked by two magnificent mermaids who support the entablature, which is adorned with egg and dart friezes, beading, and stylised leaves. On it stands the sculpture “The Kiss”. It stands on a pedestal, around which are four doves and two flaming tripod incense burners, which are decorated with spiral fluting and the heads of lions holding chains in their mouths. The plinth is adorned with beading and a frieze of stylised flowers. It is set upon a rectangular base with rounded corners, which features interlace leaf friezes and is raised upon six finely chased toupie feet.

This rare model is mentioned in several 18th century documents. One clock, probably identical to the present model, was offered at the sale of the collection of a certain Monsieur Tricot in 1793: “N°211. A clock that strikes the hours and half hours, with date, by Bourret; It is set on a high square base and is surmounted by an elaborate pediment decorated with egg and dart motifs, supported by two naiad caryatids with fish tails; the stepped base is adorned with water leaves and interlace motifs, the white marble base is raised upon ball feet. The upper portion of the clock represents Mark Anthony and Cleopatra kissing, after Houdon. The sculpture is set upon a column, with four doves, and on either side a cassolette. This magnificently executed clock is finely matte gilded; with a glass dome. Height 17 pouces, width 10 pouces”. Today only a few identical clocks are known. 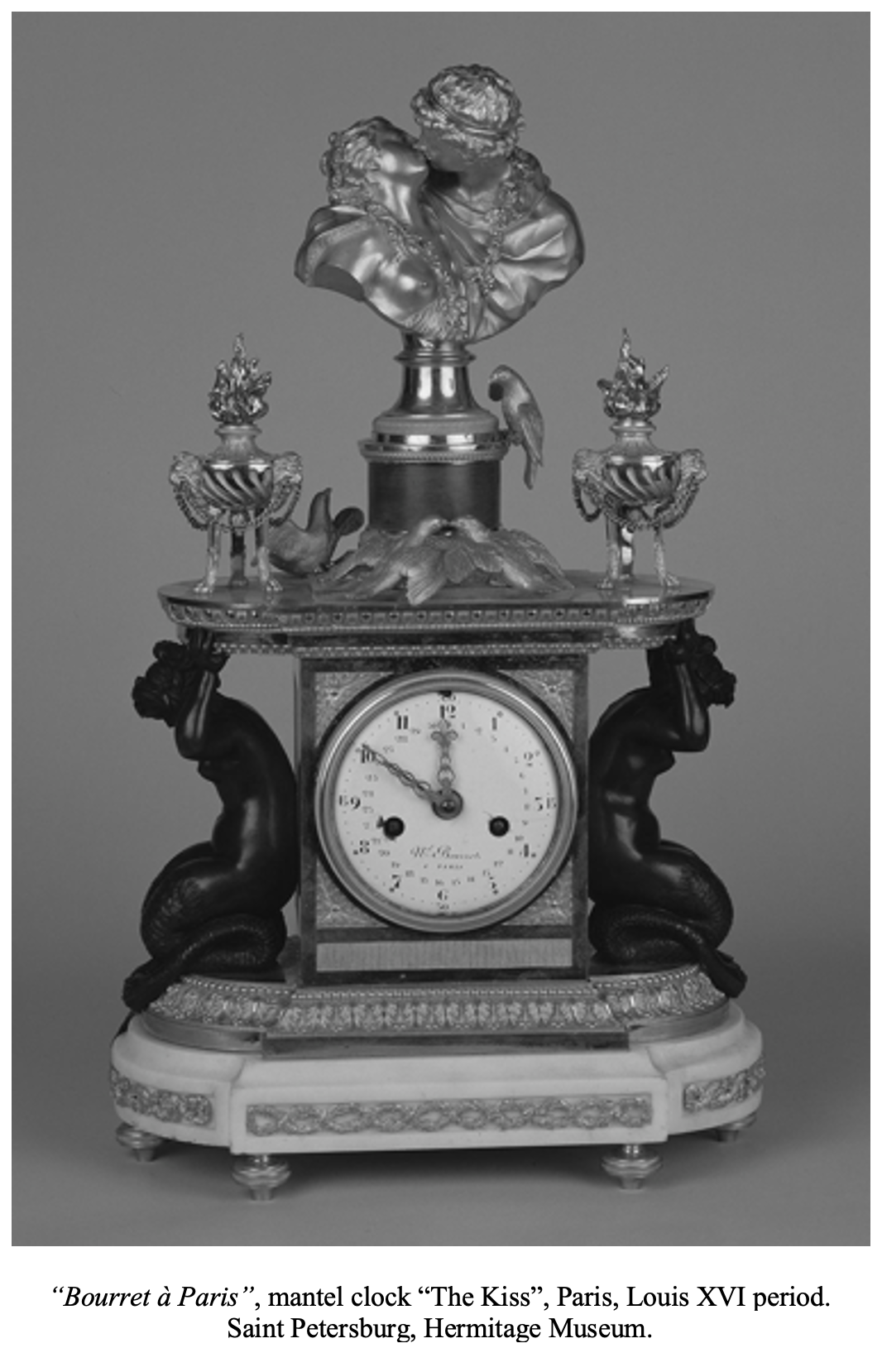 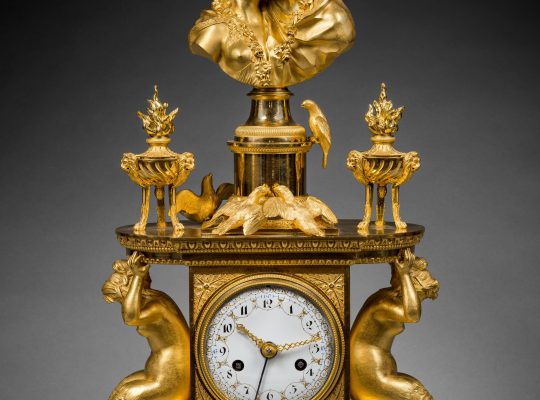 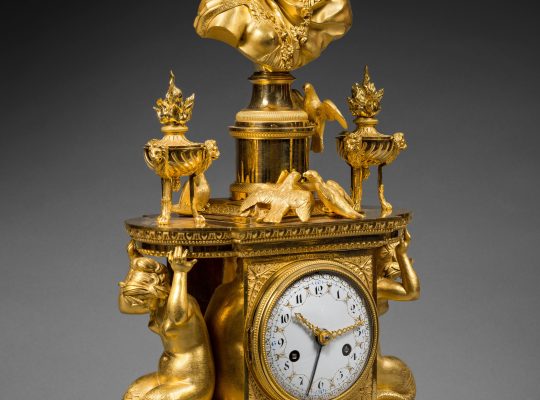 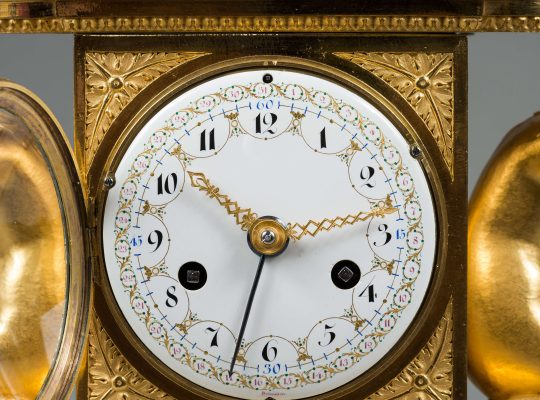 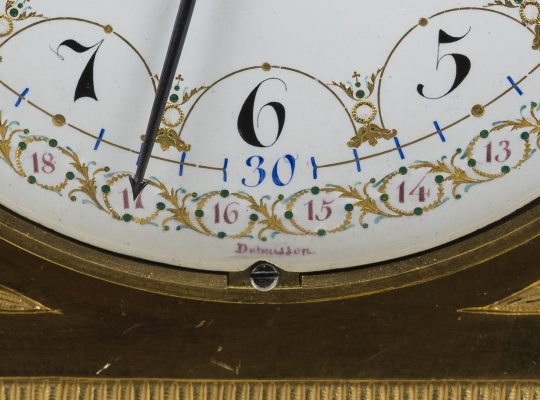 Write us
Call us
Print
Share
In the same category
Dubuisson 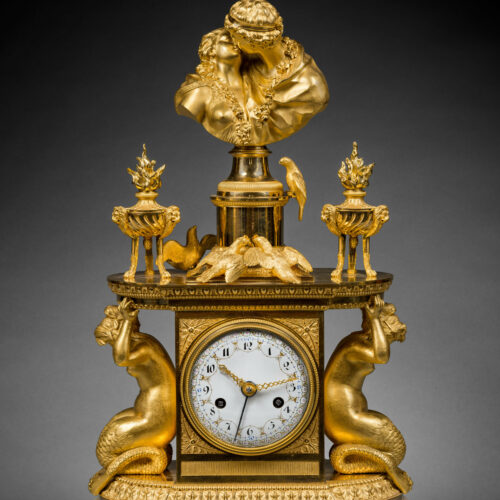