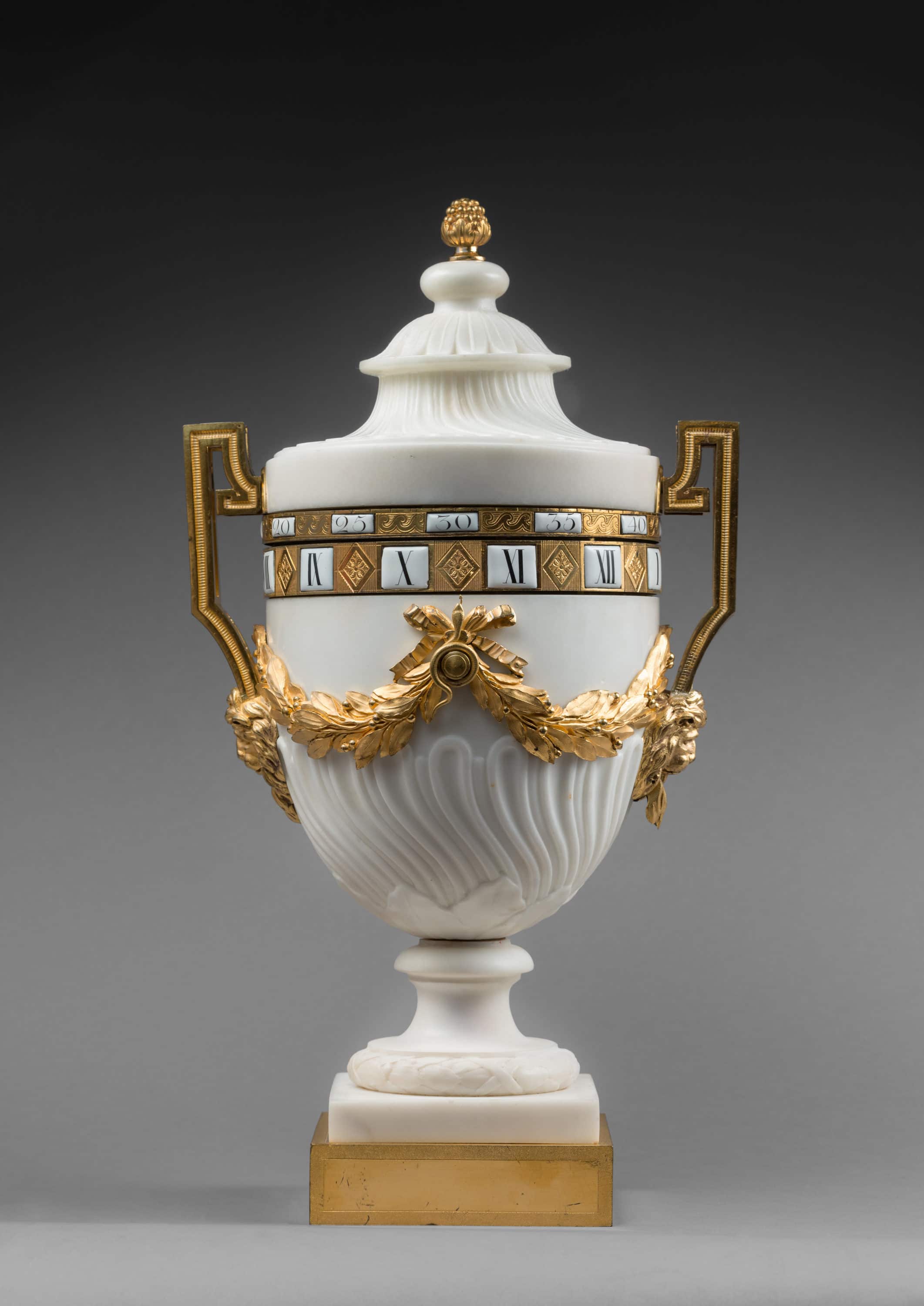 Two superposed dials, or “cercles tournants”, made up of enamel cartouches, indicate respectively the hours in Roman numerals and the minutes in Arabic numerals. The movement is housed in a fine white statuary marble vase after the antique, sculpted with wide leaves and spiralling gadroons. The grooved squared handles feature lion masks; the belly is adorned with laurel leaf and seed garlands with a snake that indicates the time with its tongue. The clock is surmounted by a leaf and seed finial. The moulded pedestal is decorated with a beribboned laurel leaf and seed torus and rests on a square base, which itself is supported by a quadrangular gilt bronze base with plain reserves and matted borders.

Toward the mid 18th century, there was a revolution in the ornamentation employed in the Parisian decorative arts. Inspired by the archaeological discoveries made at Pompeii and Herculaneum, connoisseurs, artists and artisans progressively adopted the new style known as Neoclassicism. In the field of horology, this resulted in the creation of a new type of clock known as “cercles tournants”. The cercles tournants clock was better suited to cases shaped as vases “after the antique”. This new fashion was much appreciated by important collectors and reached its apogee during the reign of Louis XVI. 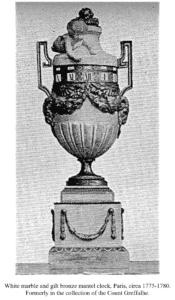 The present clock is unusual in its juxtaposition of white marble and gilt bronze mounts, whereas nearly all the other known examples are made entirely of gilt bronze. The finely executed mounts may be attributed to the chaser Pierre Gouthière. Only a few similar examples employing the same materials are known. One of these was sold at auction at Christie’s, London on April 6, 1978, lot 14; a second example featuring ram’s heads and a lid decorated with a sculpted putto, formerly in the collection of the Count Greffulhe, was sold in London (Sotheby’s, July 23, 1937, lot 38). 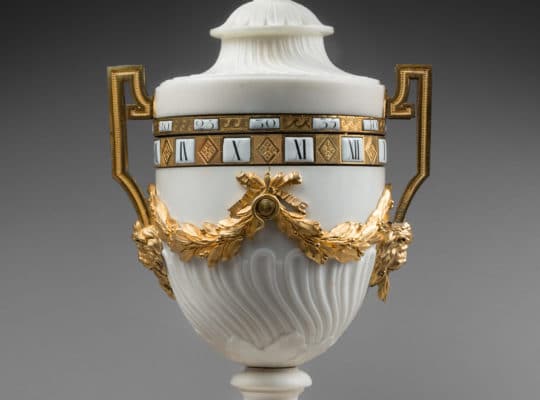 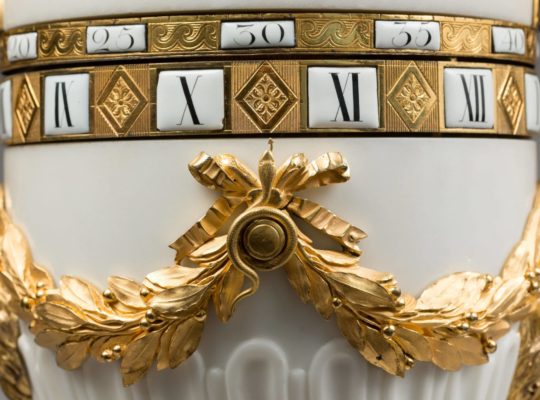 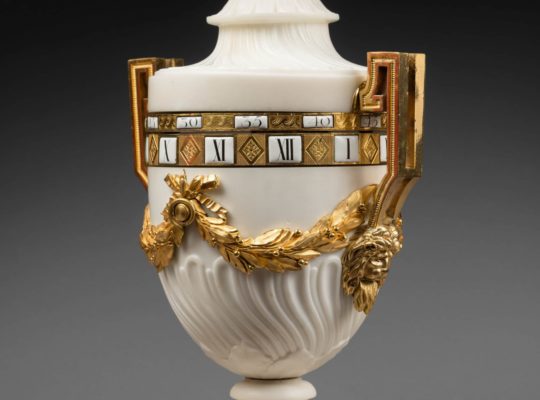 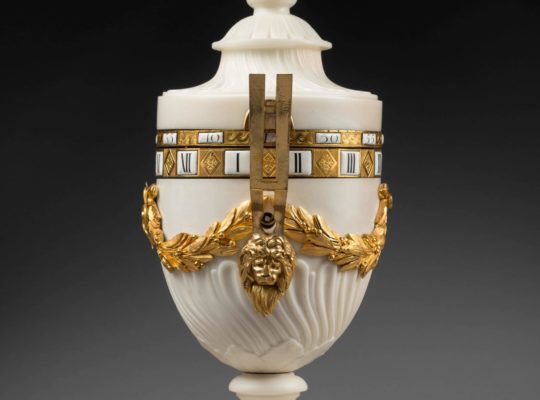 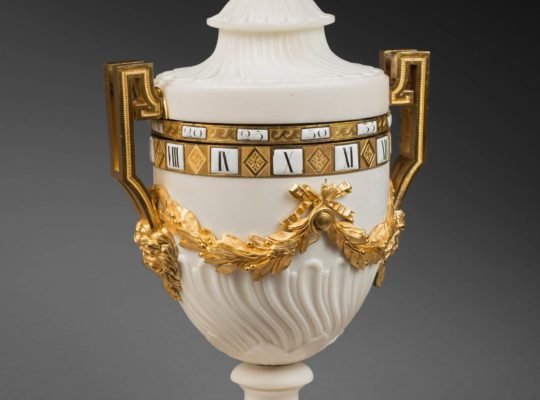 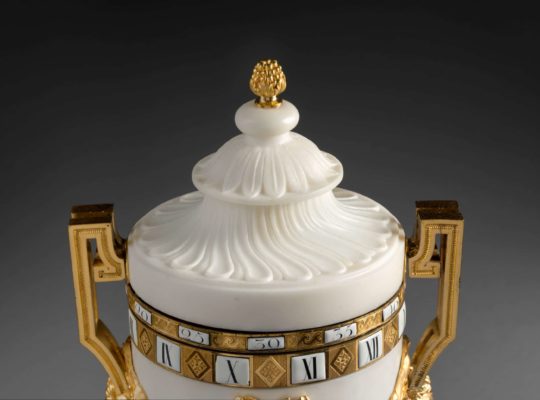 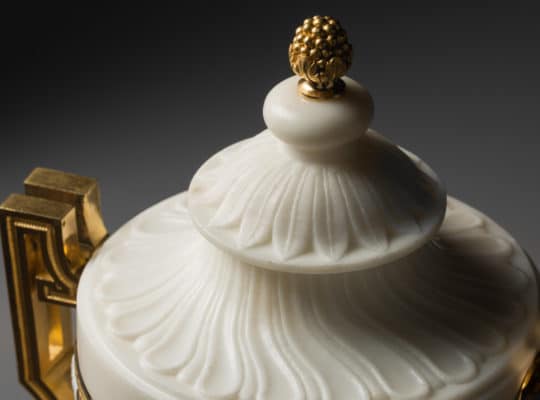 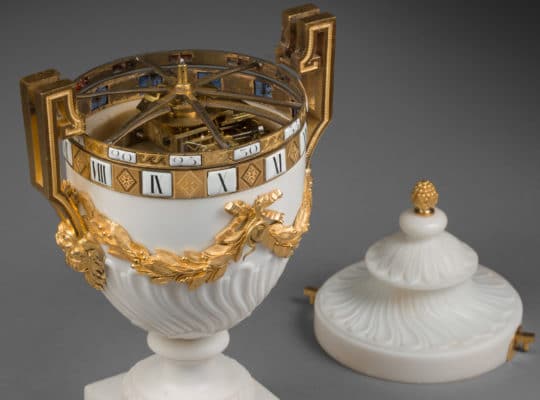 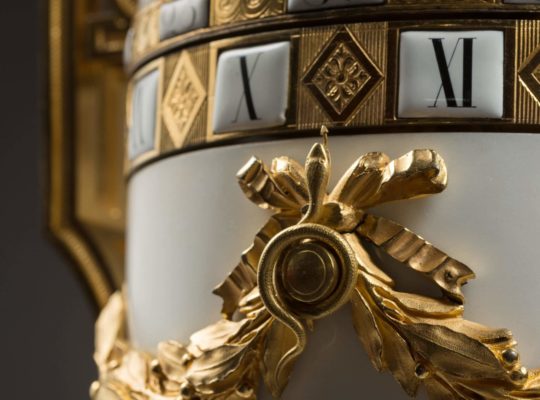 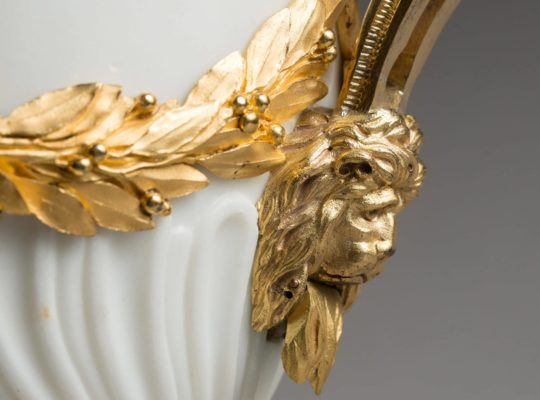 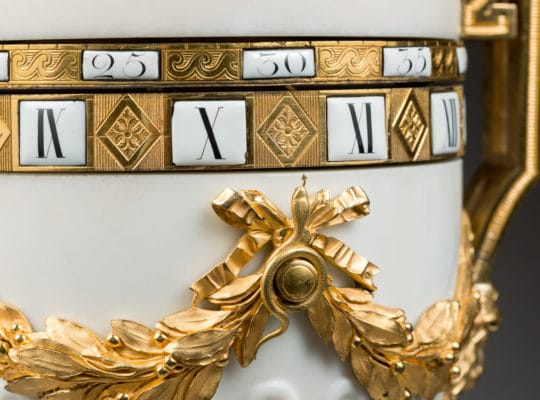 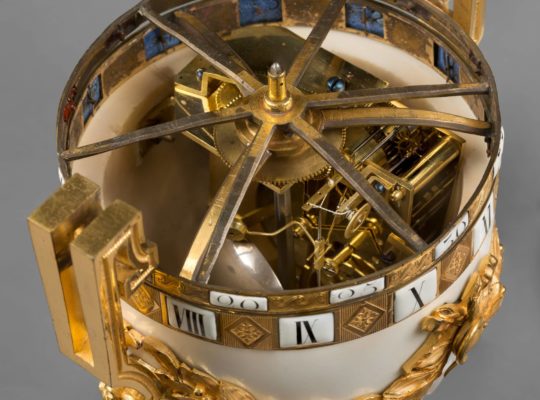 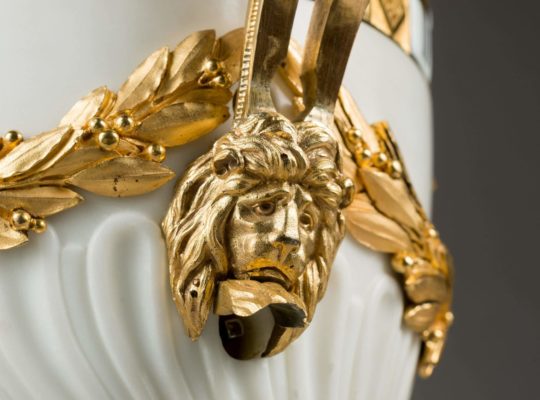 Write us
Call us
Print
Share
In the same category
Gouthière 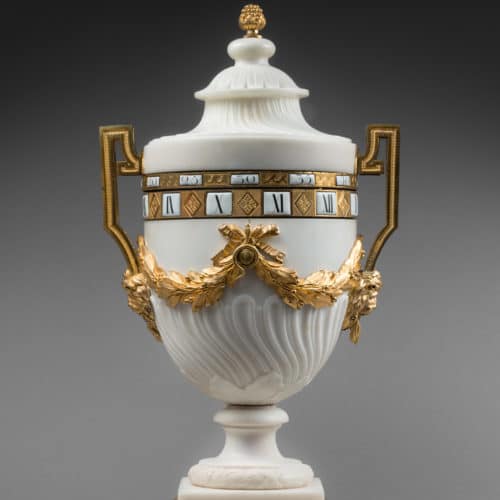