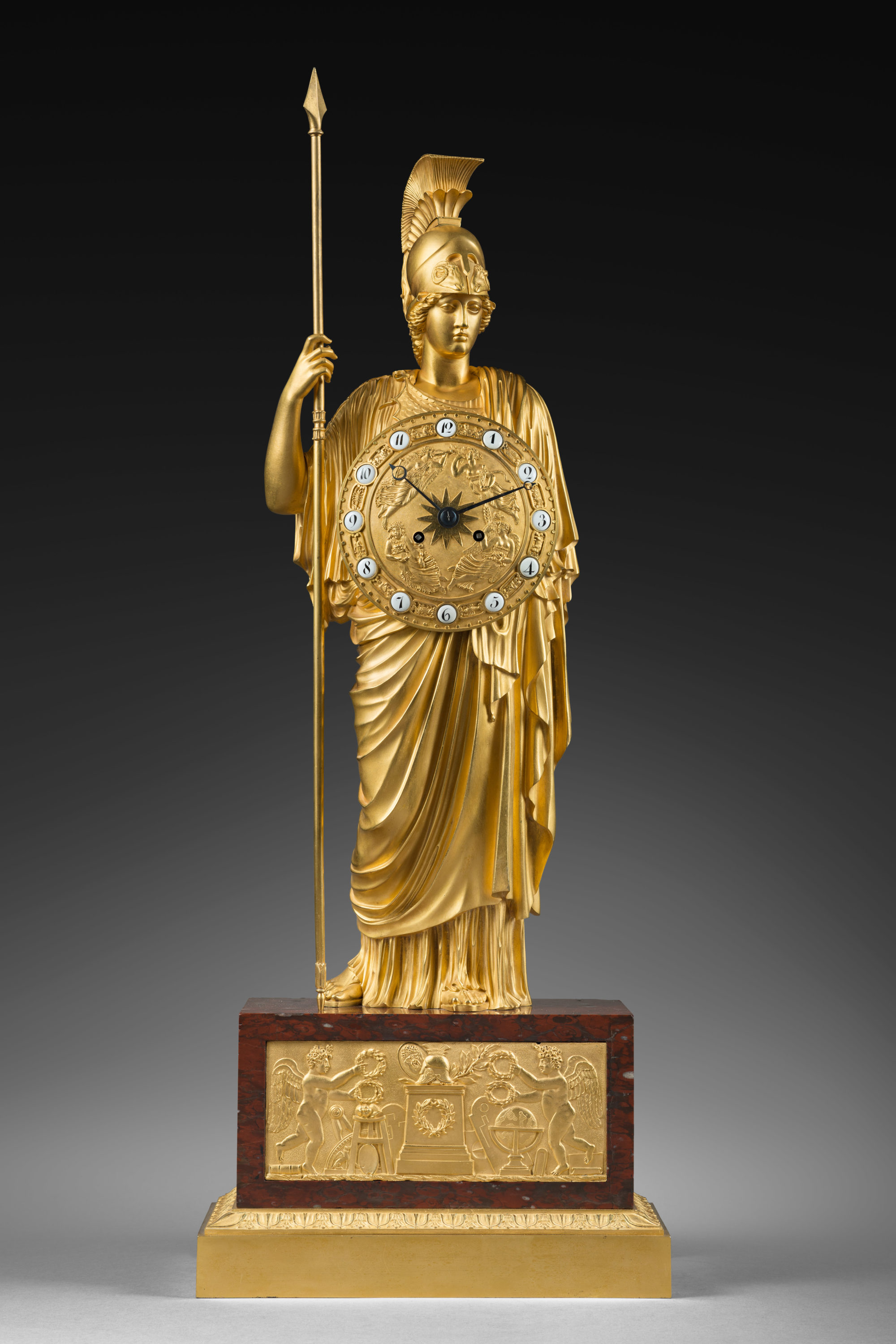 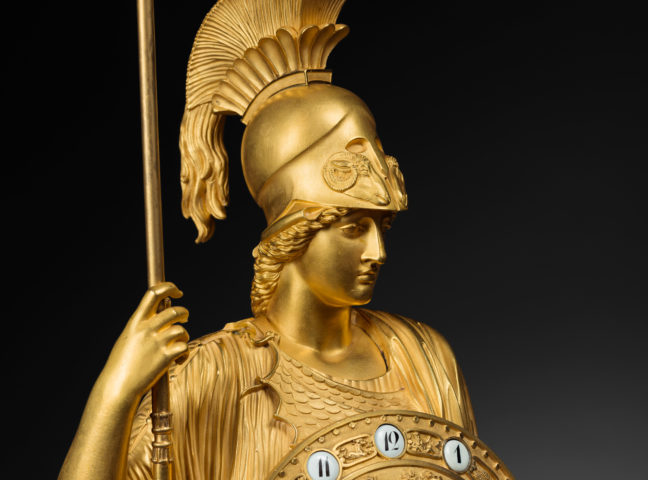 A very fine gilt bronze and red marble clock with case attributed to Claude Galle. The round gilt bronze shield-form dial cast with Arabic numerals within circular cartouches, is centred by a sunburst and surrounded by four classical maidens; the Breguet hands are in blued steel. The movement, of two-week duration, with anchor escapement and silk thread suspension, strikes the hours and half an hour on a single bell.

The case depicts the standing figure of Pallas Athena wearing a plumed helmet, as well as a long cloak. She holds a spear with caduceus in her right hand; her left hand brandishes the shield-shaped dial. The rectangular red marble plinth rests upon a gilt bronze base.

Pallas Athena, also known as Minerva, was one of the twelve Olympian gods. She was considered to protect several Greek cities, particularly Athens, which bears her name. The daughter of Jupiter, she sprang fully armed from his head. A virgin goddess who refused to marry, she was also a warrior-goddess. Her many conquests led to her being associated with Victory; she is almost always represented wearing a helmet and brandishing a spear.

The very fine case may be attributed to Claude Galle (1759-1815), whose son Gérard-Jean Galle (1788-1846) continued to produce the model after his father’s death. One clock was supplied to Stockholm Castle on June 12, 1823. Other examples of this imposing piece may be seen in the Schloss Ehrenburg at Coburg, the Spanish Royal Collection, and the Ministry of Foreign Affairs in Paris.

According to Jean-Dominique Augarde, the first Pallas Athena clock was made in 1815. Although this was the year Claude Galle died, it was some time before his son took over the business, for the bronzier’s widow continued to run the firm until their son Gérard-Jean returned from the army. He continued to produce examples of the present clock until 1825. While here the cast hour and minute numerals are integral to the dial, on later examples the dials have white enamel cartouches for the numerals. 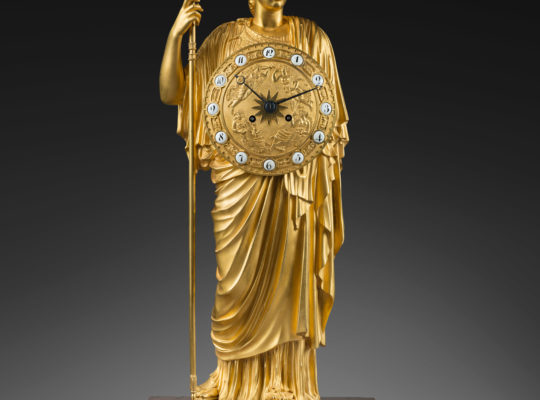 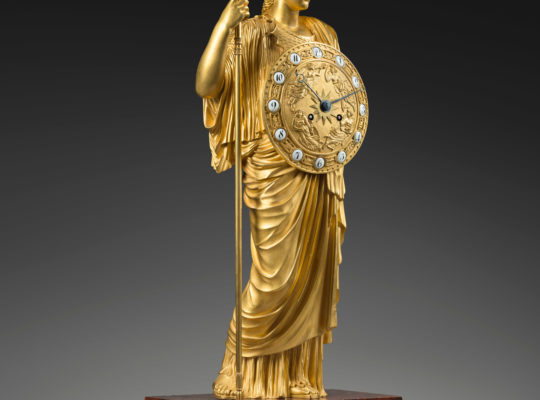 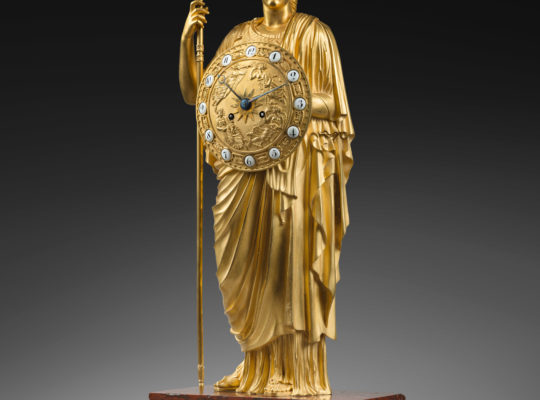 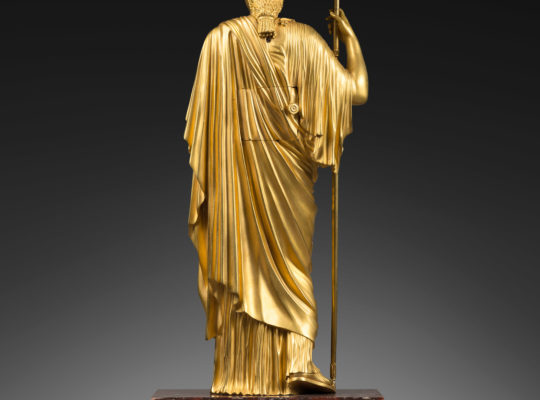 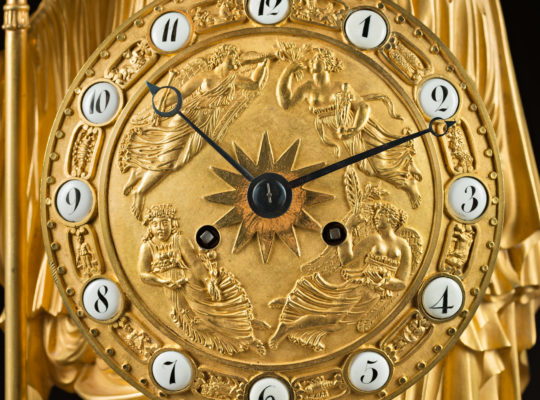 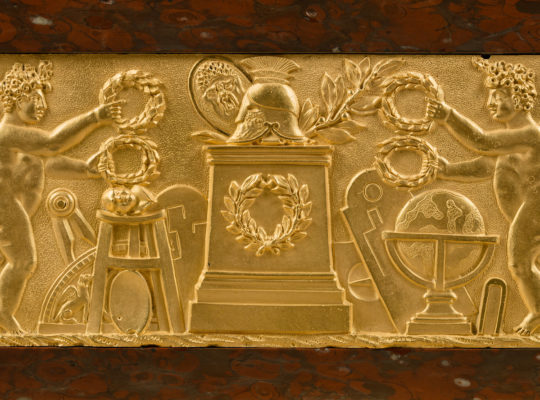 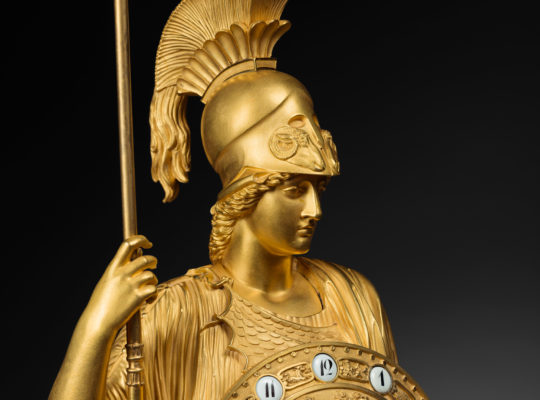 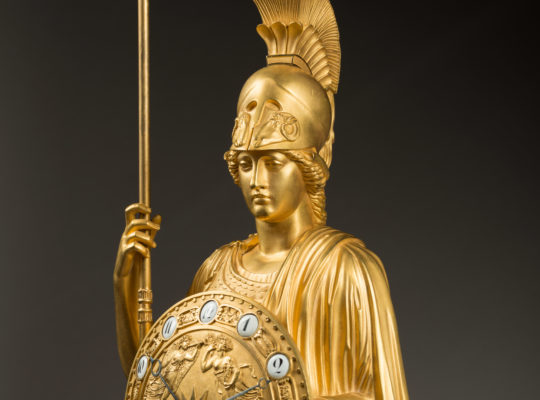 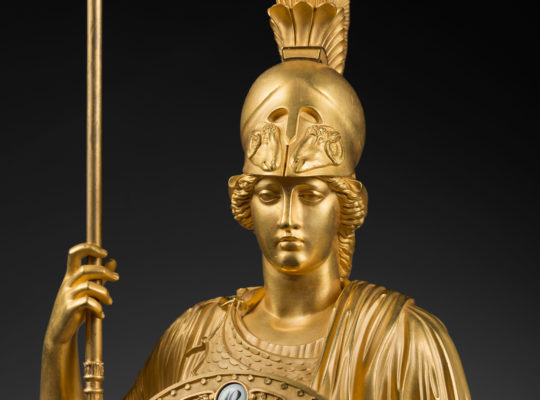 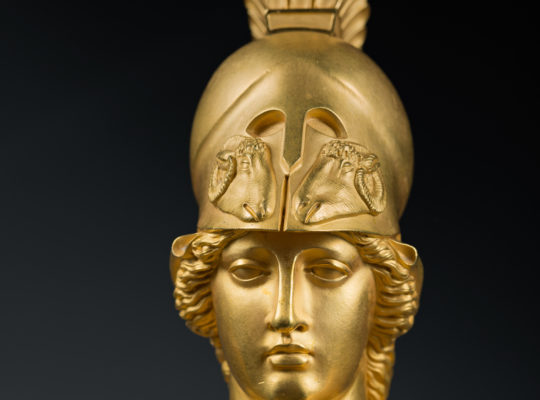 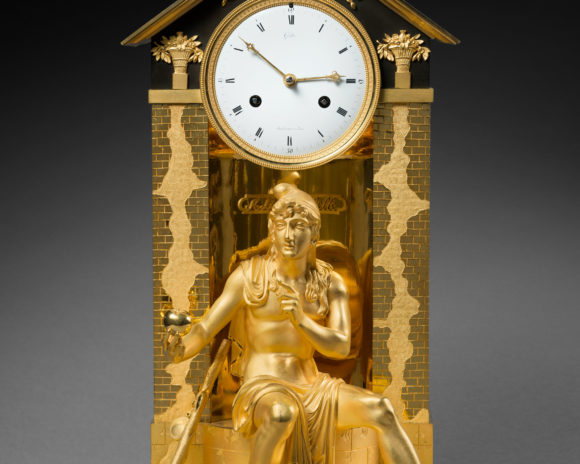 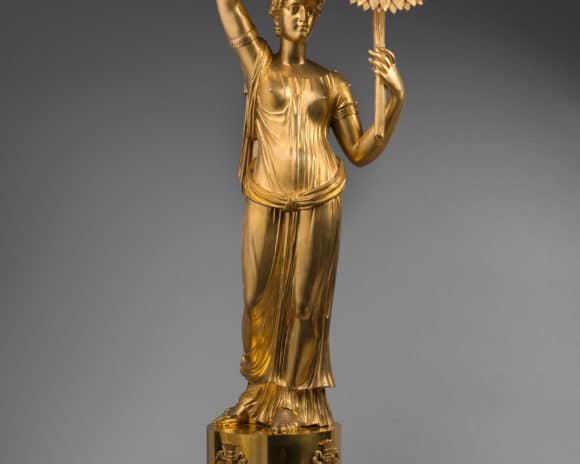 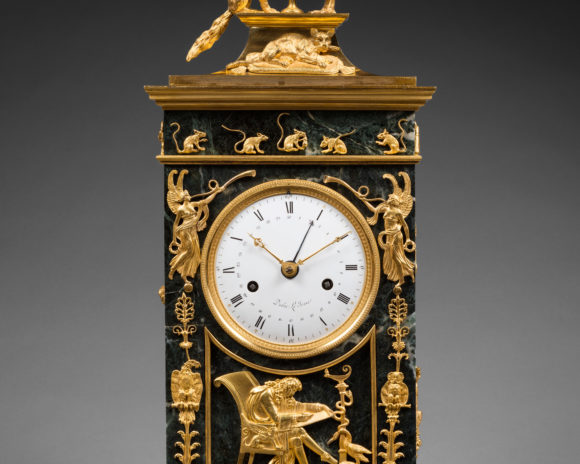 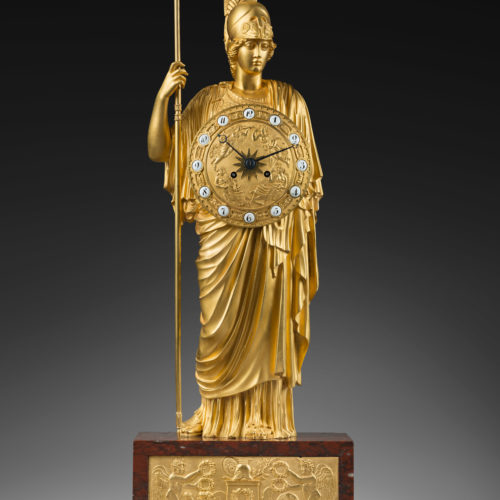