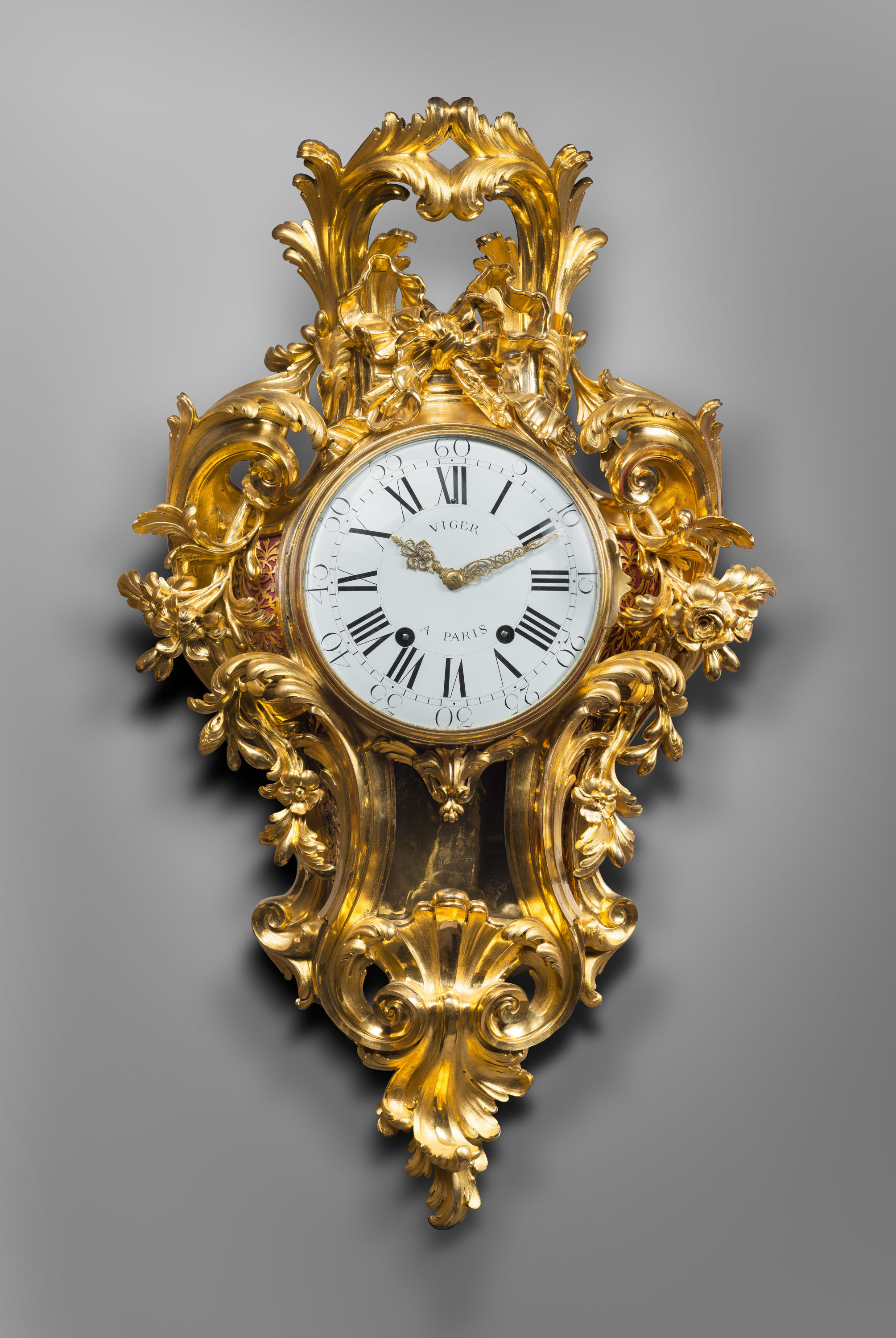 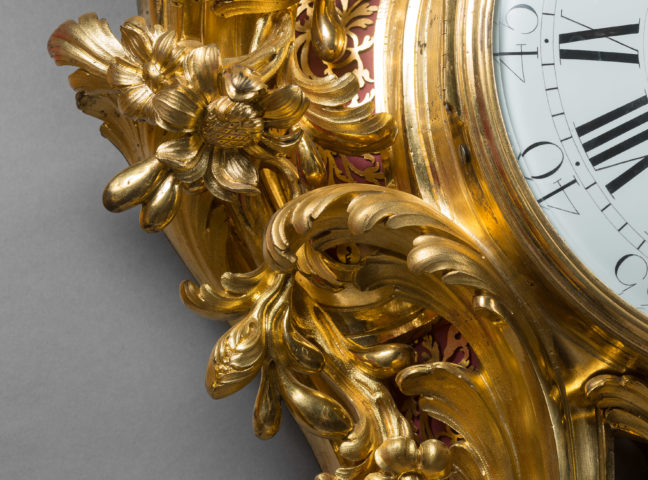 The enamel dial, signed Viger à Paris, indicates the hours in Roman numerals and the minutes in Arabic numerals; the gilt bronze waisted case with scrolling, palms and palmettes, shells, leaves, flowering branches and ribbons. The composition and the remarkable quality of the casting, chasing and gilding, all bear witness to the exceptional talent of the bronzier Robert Osmond (1711-1789), who created the model in the mid 18th century.

The case’s attribution to Osmond was determined by comparison with an identical example in a private collection, that bears his signature; it is illustrated in R. de l’Espée, Die Osmond, ein Familienbetrieb und seine Produktion, in H. Ottomeyer and P. Pröschel, Vergoldete Bronzen, Band II, Munich, 1986, p. 542, fig. 2. A sketch of cartels made in Paris by the bronziers Foullet and Osmond show a comparable model; this drawing is today in the Institut national d’Histoire de l’Art à Paris, formerly the Bibliothèque Doucet (see H. Ottomeyer and P. Pröschel, op. cit., Band I, Munich, 1986, p. 184, fig. 3.8.8). A few other examples have been identified, particularly one whose dial is signed Moisy à Paris, and which was bequeathed in 1911 to the Louvre Museum by Count Isaac de Camondo (illustrated in D. Alcouffe, A. Dion-Tenebaum and G. Mabille, Les bronzes d’ameublement du musée du Louvre, Editions Faton, Dijon, 2004, p. 84, catalogue n° 36); another clock, with dial signed Julien Leroy à Paris, was formerly in the collection of Prince Paul of Yougoslavia (1893-1976) in the Pratolino-Demidoff Villa in Vaglia, near Florence (sold by Sotheby’s, London, on April 21-24, 1969, lot 219). 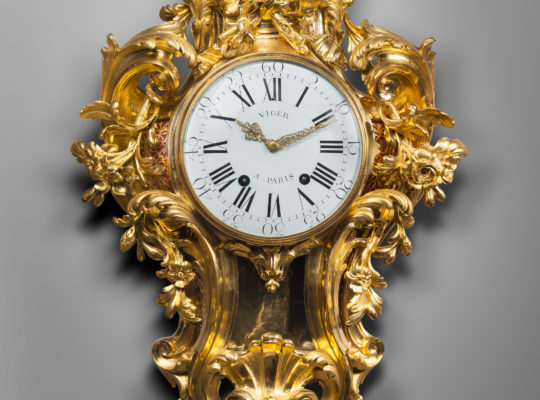 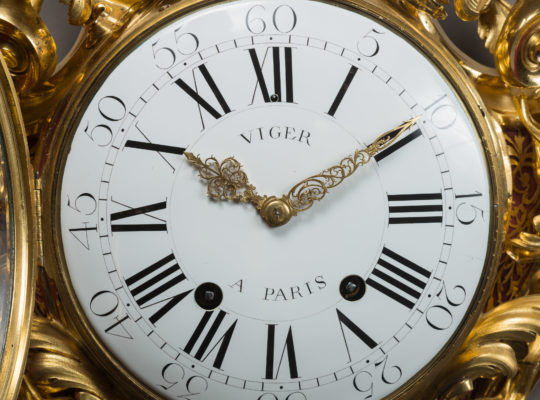 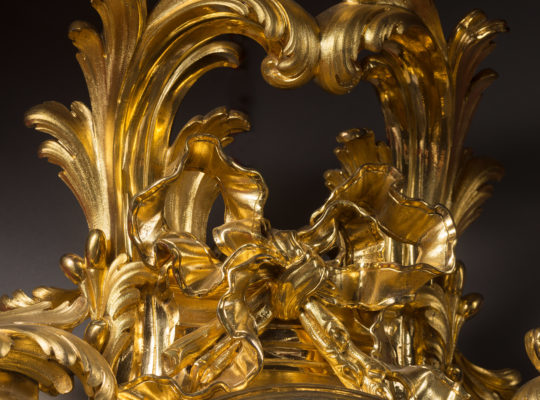 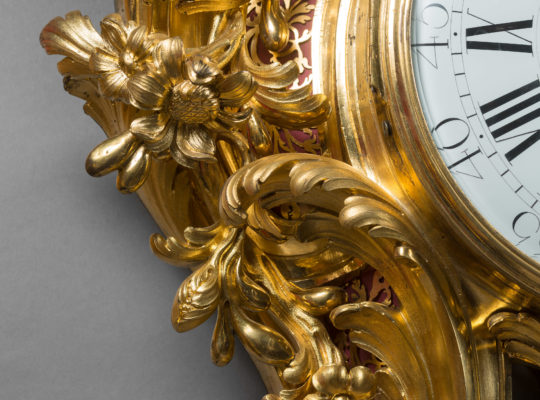 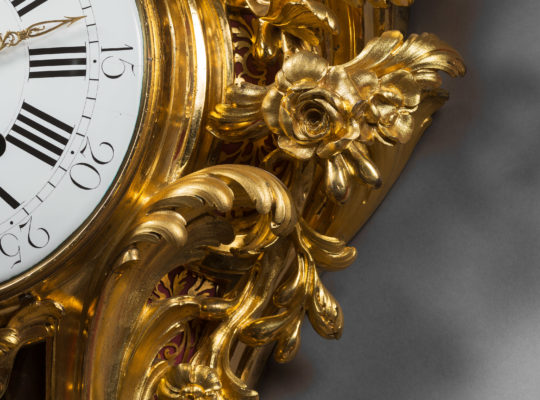 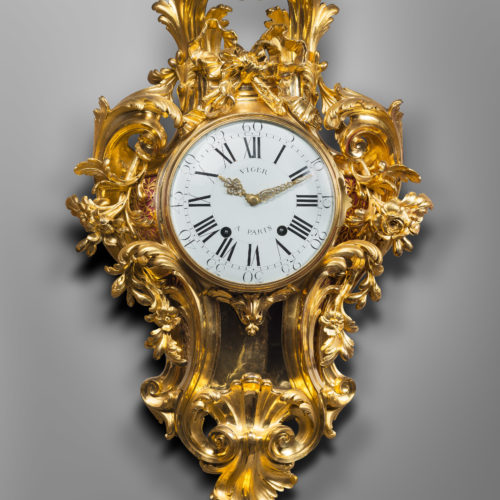