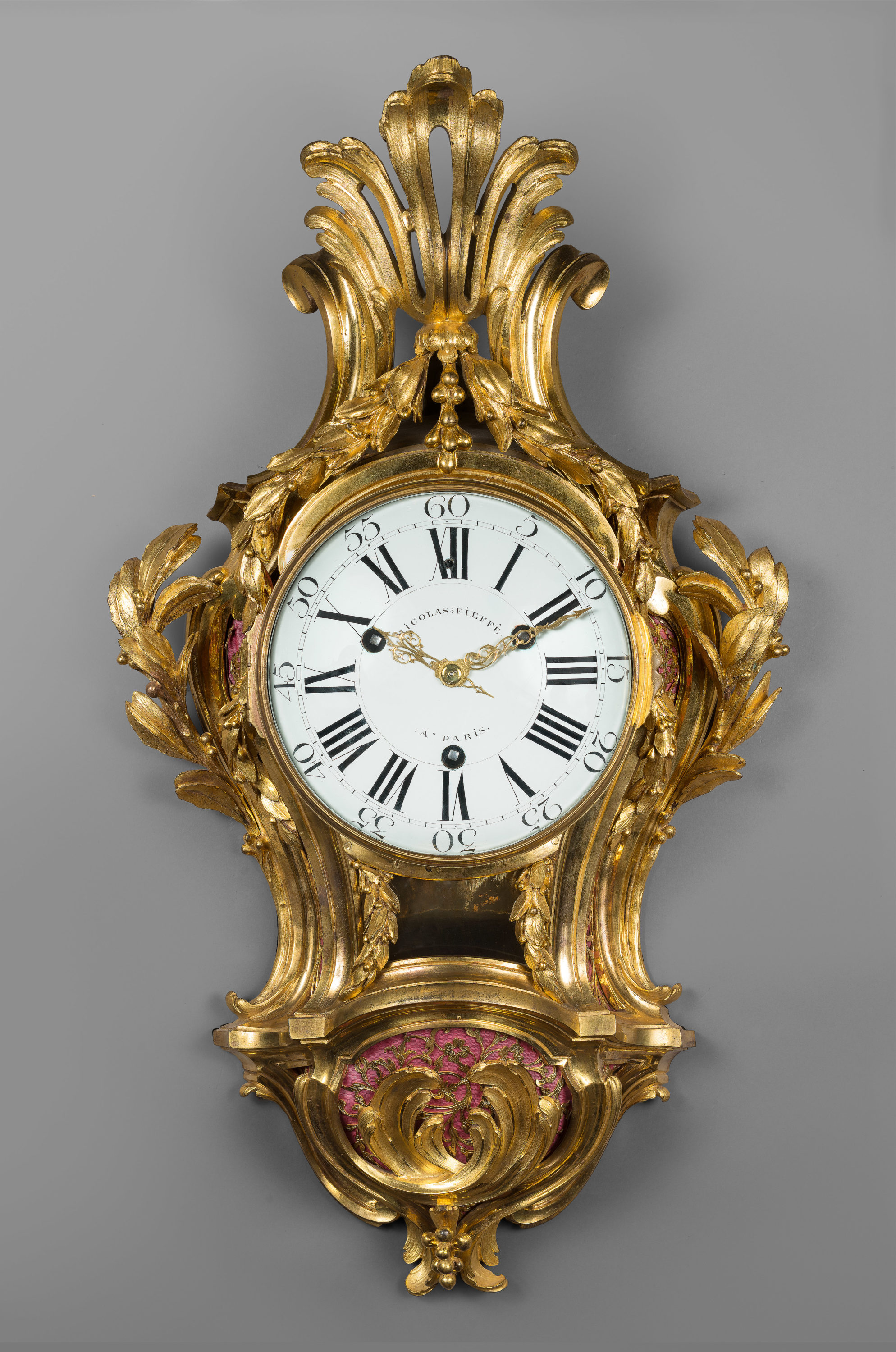 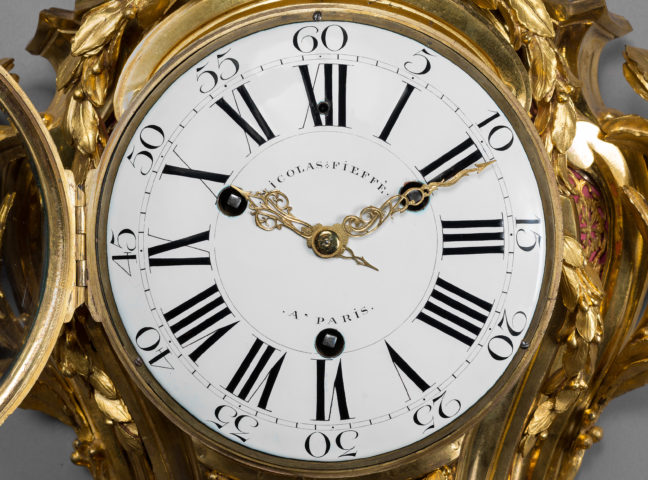 The enamel dial, signed “Nicolas Fieffé à Paris”, indicates the hours in Roman numerals and the minutes in Arabic numerals, by means of two pierced gilt bronze hands. The finely chased waisted gilt bronze case features foliage and scrolling in its lower portion, and wide leaves, scrolls, and olive and laurel leaf garlands throughout. The case is surmounted by a double scroll centred by a large pierced leaf. The present cartel strikes the hours, half hours and quarter hours.

This clock is one of the finest examples of the late Louis XV rococo style. Its sinuous lines have been tamed, as can be seen from the symmetrical treatment and the presence of certain decorative elements, such as the laurel garlands, which point toward the neoclassical style in favour during the reign of Louis XVI. This tendency is evident as well in a Sèvres porcelain clock today in the Louvre museum, which is said to have formerly belonged to the Marquise de Pompadour (illustrated in the exhibition catalogue Un défi au goût, 50 ans de création à la manufacture royale de Sèvres (1740-1793), Paris, 1997, p. 77). The excellent quality of the gilding and indicate they are the work of an exceptionally talented bronzier, probably Jean-Joseph de Saint-Germain. Our attribution to Saint-Germain is based on a comparison with a stylistically similar cartel signed Saint-Germain, one example of which is in the Musée Carnavalet in Paris (formerly in the Bouvier collection).


The son of the well-known clockmaker Jean-Jacques Fieffé, he was made master horologist in 1752. He practiced for only approximately a decade, producing only a handful of pieces, all of excellent quality. Nicolas-Jean Fieffé was able to benefit from the professional network that his father had developed over the course of several decades. This gave him access to the finest artisans in Paris, particularly the bronze worker Saint-Germain. 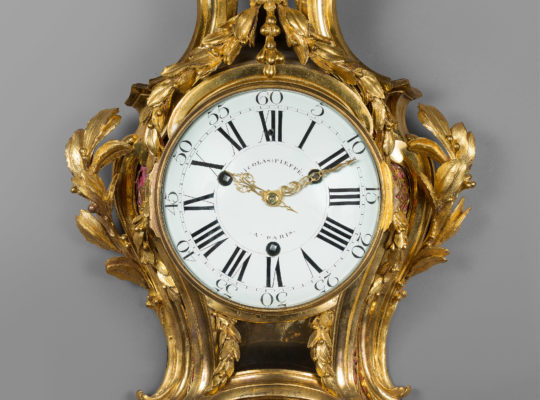 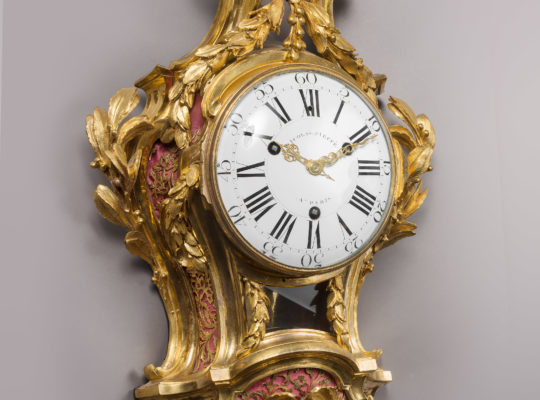 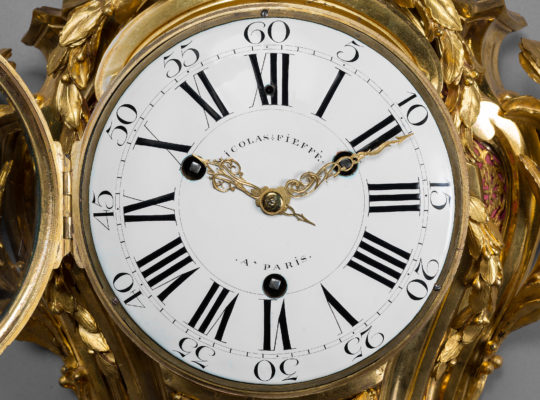 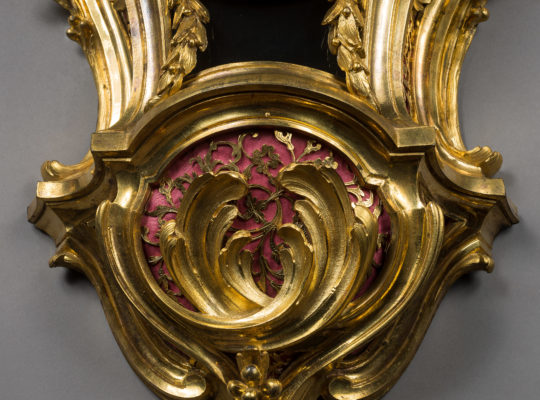 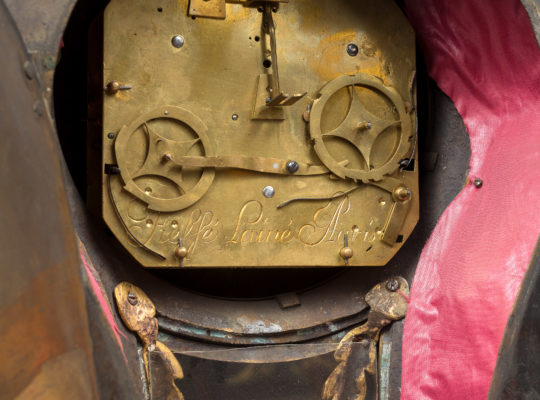 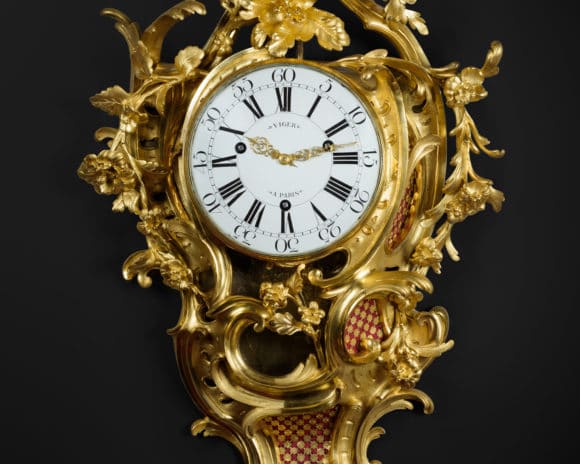 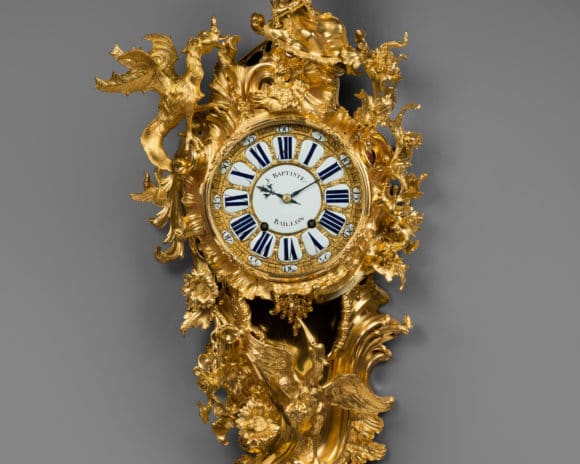 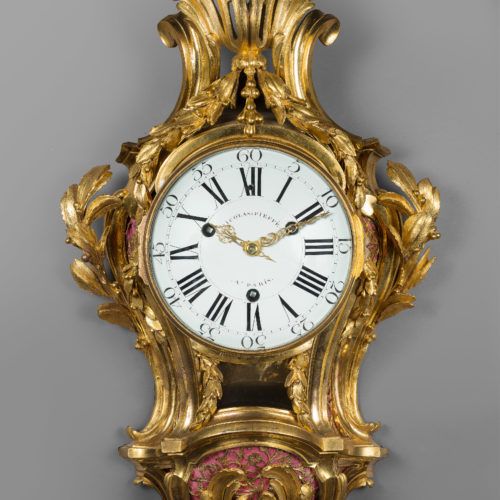