Originally a faience factory, founded in 1735. On September 4, 1748, Jean-Louis Beyerlé, then the director of the Strasburg mint, purchased the manufacture for 90.000 livres. He quickly expanded production by hiring François-Antoine Anstett, who had been trained at the Meissen Factory. Approximately two decades later, Jean-Louis Beyerlé, who had infringed on the royal privilege for the production of hard-paste porcelain that had been granted to the Royal Sèvres Manufacture, sold the factory to Adam-Philippe, Count de Custine, who diversified production by purchasing the majority of Paul-Louis Cyfflé’s molds and by hiring the promising sculptor Charles-Gabriel Sauvage (known as Lemire, 1741-1827). When the Revolution broke out, the Count de Custine was condemned, and the Niderviller pottery factory was confiscated, becoming the property of the nation.

Discover the clocks and pendulums of Niderviller Manufactory 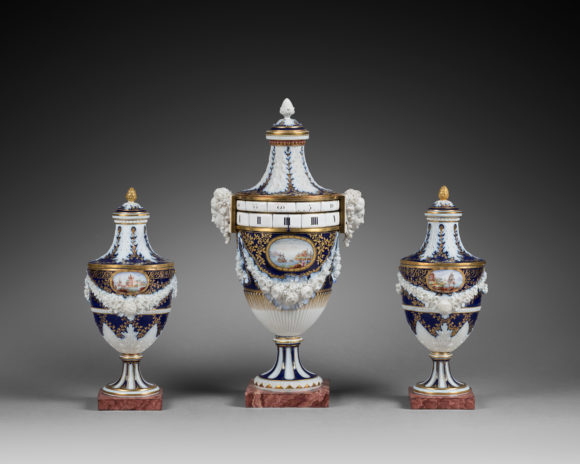 Niderviller Manufactory
Rare Porcelain, Bisque and Bronze Mantel Garniture Comprising a ...
Back
We use cookies to ensure that we give you the best experience on our website. If you continue to use this site we will assume that you are happy with it.Ok