He became a master clockmaker on July 31, 1770, and was one of the most important Parisian horlogists of the second half of the 18th century. He probably trained initially with the mécanicien Alexis Magny, then entered the workshop of Claude-Siméon Passemant, where he remained until his death in 1769. The following year Roque was registered as a master and opened a workshop in the “column building of the Vieux Louvre, moving to the passage du Saumon as of 1772. Named Horloger du Roi, he quickly gained renown, specializing in luxury clocks, and working with the finest artisans in Paris. Among his clientele there were several influential aristocrats, such as Jean-René de la Tour du Pin, Marquis de la Charce, and François-Frédéric de Varennes, Marquis de Bouron, as well as important financiers, including Court banker Nicolas Beaujon, Farmer-General Tavernier de Boulongne, and banker Pierre Sévène. Several clocks made by Roque were mentioned in inventories during the Revolutionary period as being in the Royal French collections. These clocks had mostly been made for Louis XV, Louis XVI, and Marie-Antoinette.

Discover the clocks and pendulums of Joseph-Léonard Roque 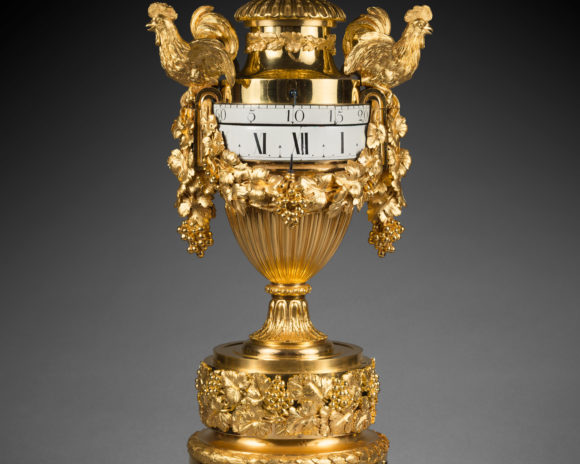 Roque - Noël
Important Gilt Bronze Mantel Clock with Matte and Burnished Fini...
Back
We use cookies to ensure that we give you the best experience on our website. If you continue to use this site we will assume that you are happy with it.Ok