Despite our research in the Paris National Archives, this clockmaker remains mysterious. He is not mentioned in any horological dictionaries or reference works. However, the exceptional quality of his work, consisting solely of small travelling clocks, suggests that he had previously worked in Germany and stayed in Paris only a short time. This signature very likely refers to Joseph Weishaupt, a master clockmaker working in Carlsbad in the mid 18th century. “Têteblanche” would be the French version of his name; travelling horologists often translated their names into the language of the country they were working in.

Discover the clocks and pendulums of I. Têteblanche 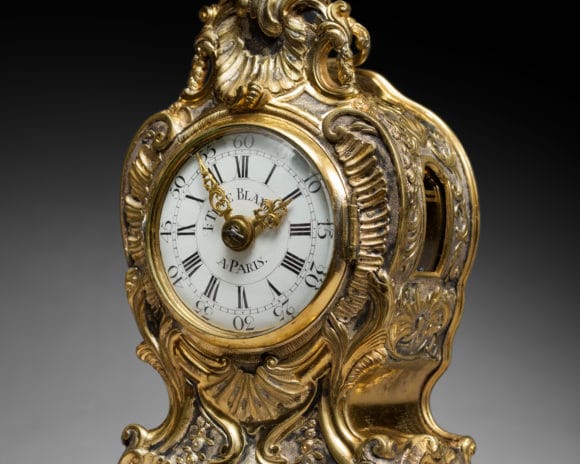