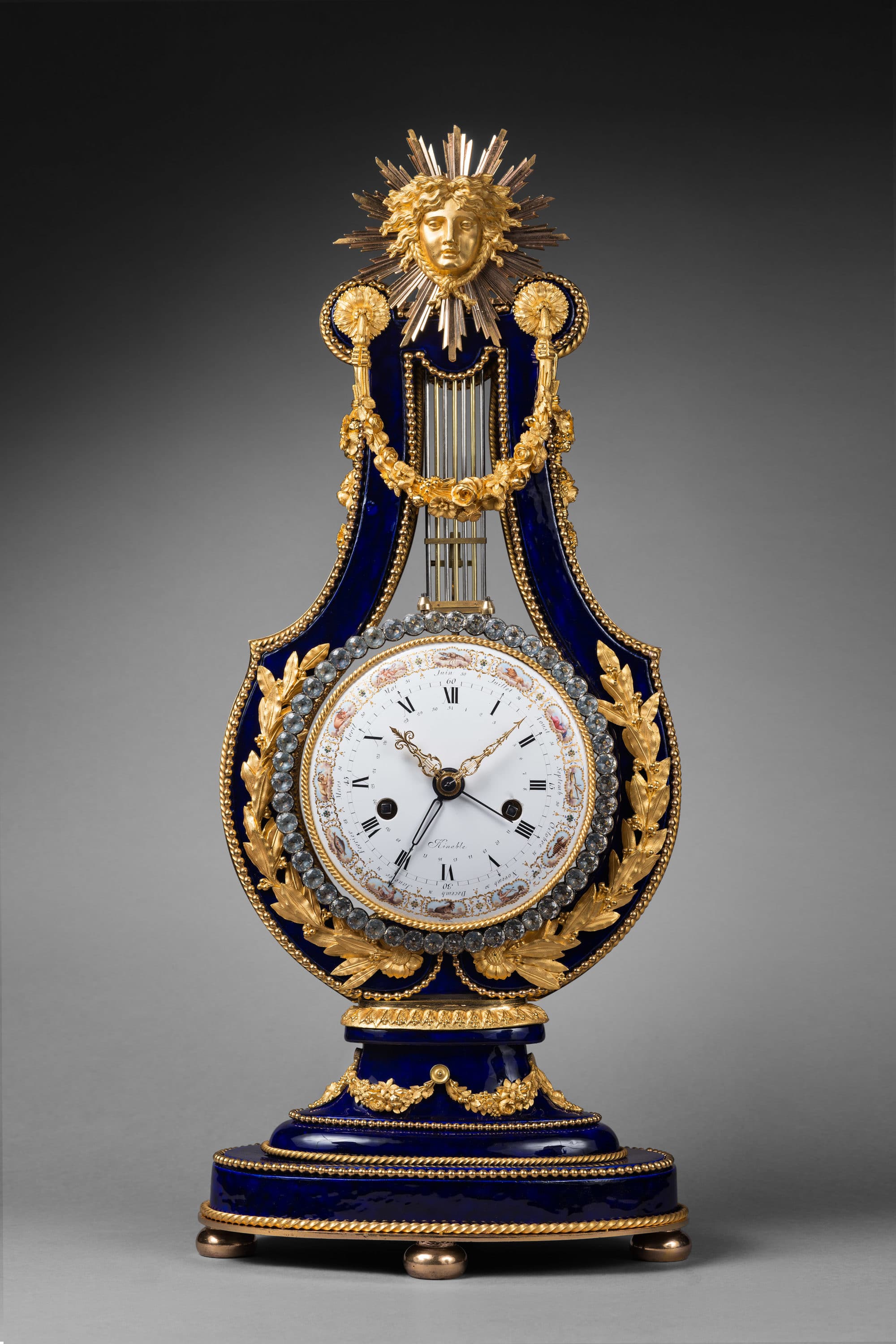 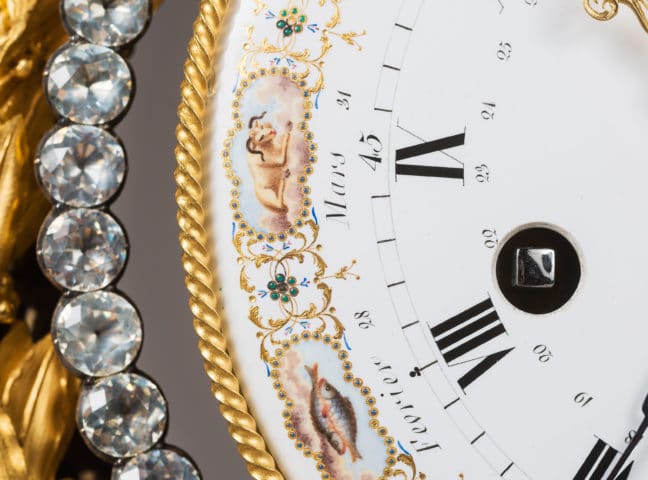 The round enamel dial, signed “Kinable”, indicates the hours in Roman numerals, the fifteen-minute intervals in Arabic numerals, the annual calendar and the signs of the Zodiac, by means of four hands, two of which are made of pierced gilt bronze, the two others in blued steel. The magnificent lyre-shaped case is made of “bleu nouveau” Sèvres porcelain and finely chased and gilt bronze. The bezel is made up of a gilt bronze twisted rope; the pendulum is adorned with brilliant-cut paste stones; the body of the lyre is adorned with gilt bronze beading and with laurel leaf and seed motifs, with two rosettes issuing floral and foliate swags. The clock is surmounted by a mask with radiating sunrays. The spreading foot is decorated with beading and twisted rope motifs and a leafy garland. The en-suite decorated oval base is raised upon four flattened ball feet.

The Royal Sèvres Porcelain Factory produced the lyre clock model as of 1785. Four colours were offered: turquoise, green, pink and bleu nouveau. These exceptional clocks were made for the connoisseurs of the time. Louis XVI had a similar clock in his Salon des jeux in Versailles; its dial bore the signature of the clockmaker Courieult (this is almost certainly the example illustrated in P. Verlet, Les bronzes dorés français du XVIIIe siècle, Paris, 1999, p. 41). 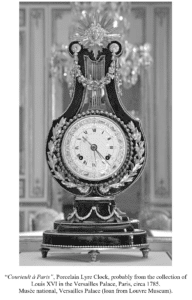 Kinable, however, was the clockmaker who purchased the greatest number of lyre cases from the factory, and he developed the model in the late 18th century. Among the porcelain lyre clocks signed by this brilliant horologer, one example is in the Victoria & Albert Museum in London (illustrated in H. Ottomeyer and P. Pröschel, Vergoldete Bronzen, Band I, Munich, 1986, p. 252, fig. 4.6.26). A second such clock is in the Royal British Collection (see C. Jagger, Royal Clocks, The British Monarchy & its Timekeepers 1300-1900, 1983, p. 130, fig. 176). 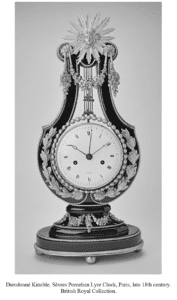 
Dieudonné Kinable is one of the most important Parisian clockmakers of the late 18th century. His shop was located at n° 131 Palais Royal. He purchased a great number of lyre-type porcelain clock cases from the Sèvres porcelain factory, acquiring twenty-one cases in different colours. He worked with the finest artisans of the time, among them the famous enamellers Joseph Coteau (1740-1801) and Etienne Gobin, known as Dubuisson (1731-1815), both of whom furnished him with dials. Several of his pieces are mentioned as belonging to the most important collectors of the Empire period, including the Duchesse of Fitz-James and André Masséna, Prince of Essling and Duke of Rivoli, a Napoleonic Marshall. 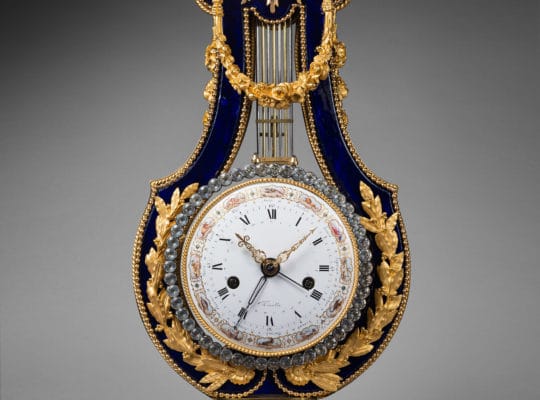 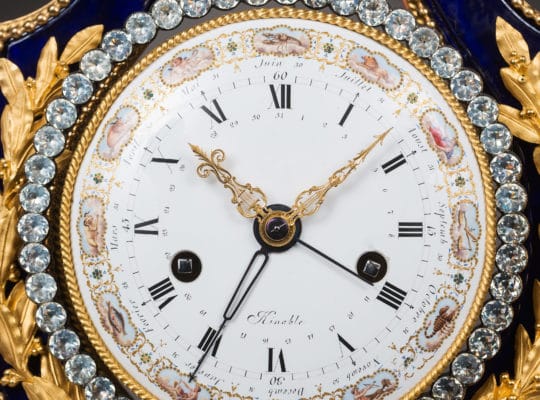 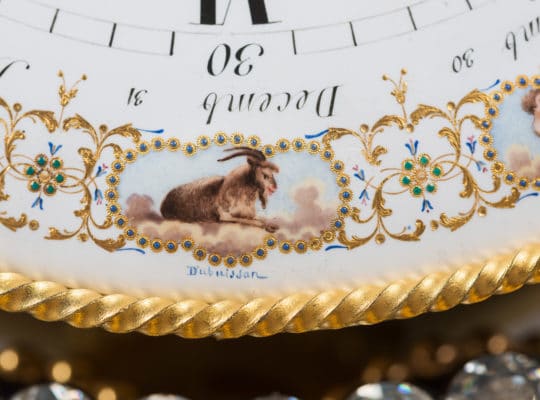 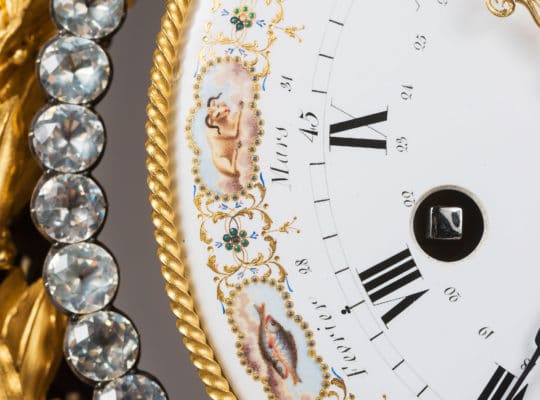 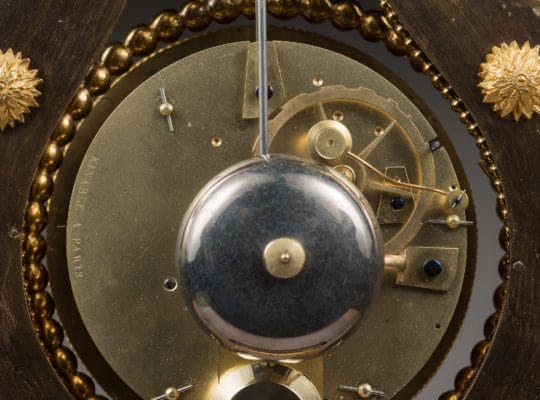 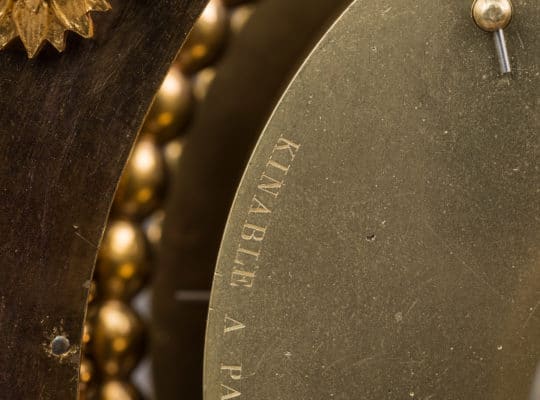 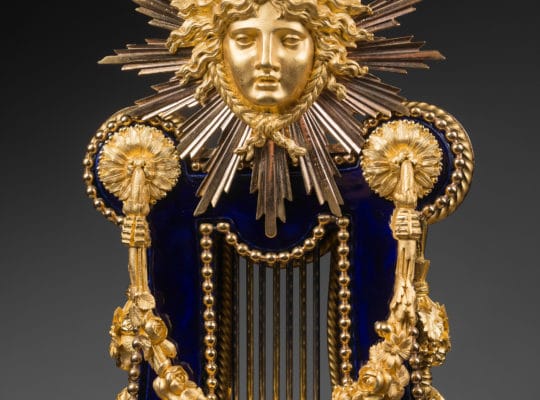 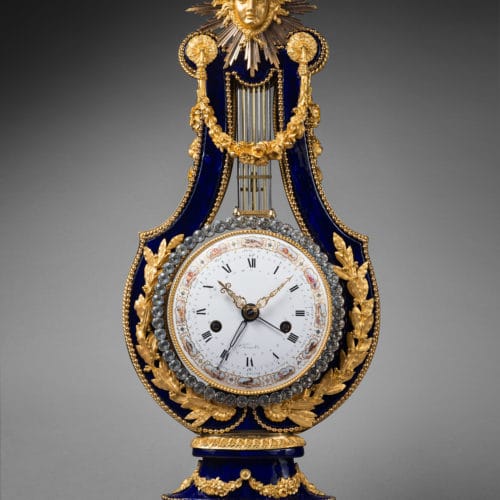