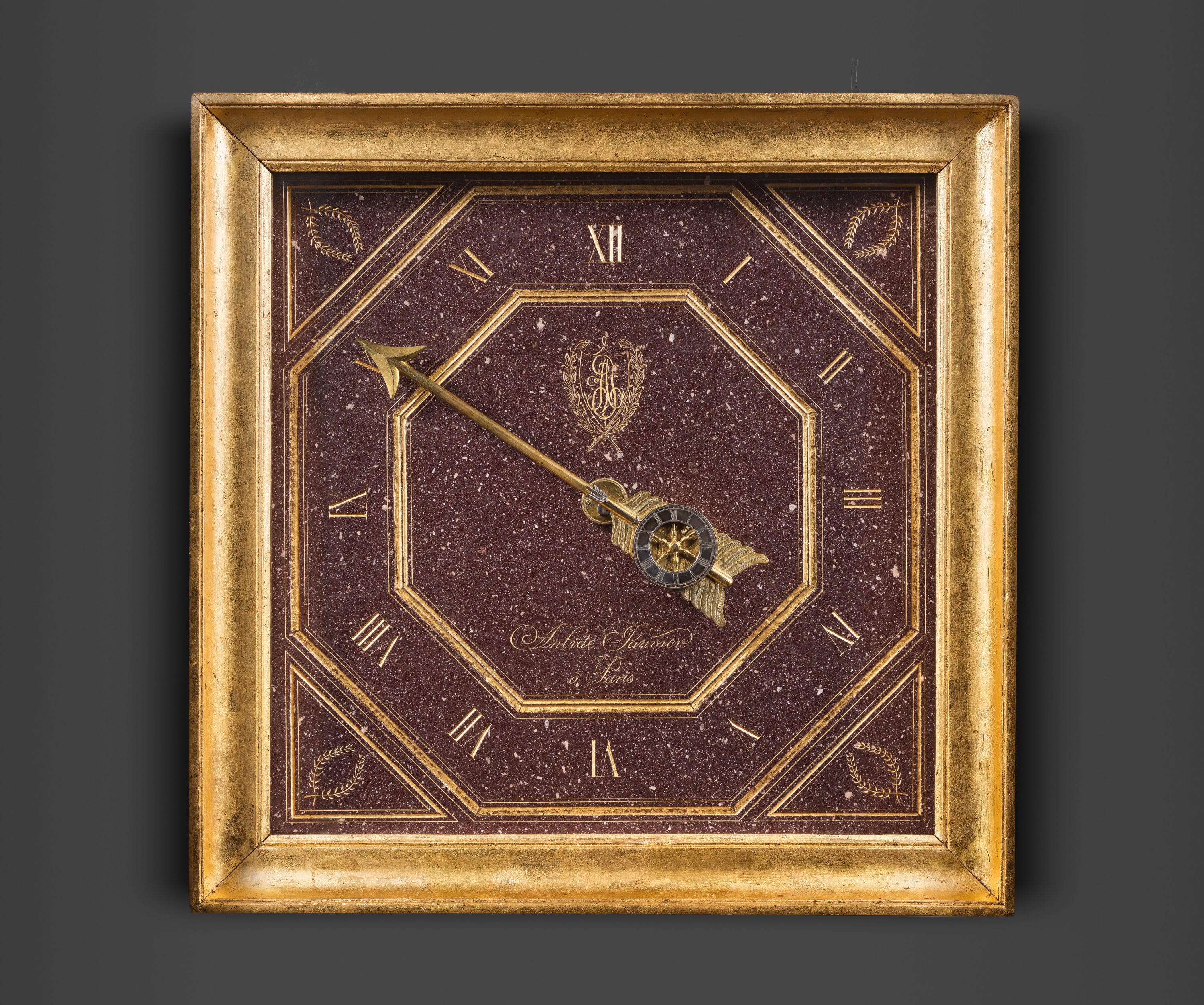 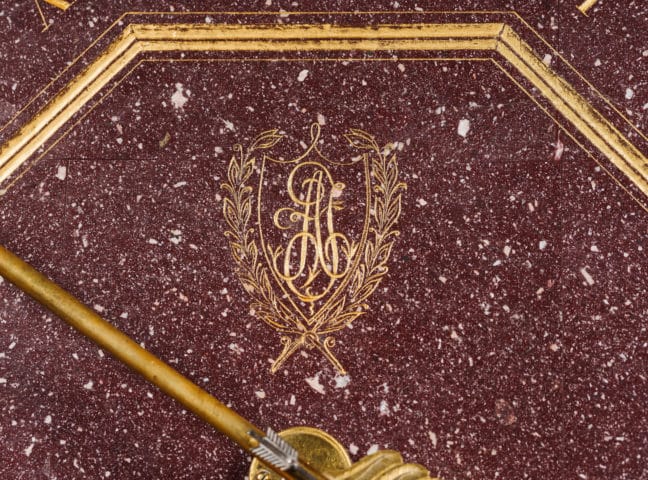 The gilt motifs of the clock stand out against a magnificent square panel of polished red Egyptian porphyry, which forms the dial. Two delicately carved octagonal grooves surround the Roman numeral hour chapter. Each corner features a triangular frame centred by two laurel branches. The central portion of the dial, signed “Antide Janvier à Paris”, features the clockmaker’s initials on a shield framed by two leafy branches; a large gilt bronze arrow-shaped hand bears a small silvered metal annular dial with the engraved Roman hour indications, which are indicated by a small arrow pointing the opposite direction. Similarly to “mystery” clocks, the mechanism is driven by a weight that drives both the main hand and the subsidiary dial, thus creating a double time indication. The dial is framed by a moulded gilt wood frame and is protected by a glass panel.

This extraordinary clock is extremely unusual and probably unique. It is yet another illustration of the remarkable ingenuity of Antide Janvier, who constantly strove to create innovative timekeeping instruments. The clockmaker may have taken his general inspiration from a mechanical picture with a clock in the collection of Bonnier de la Mosson, which today is in the Paris Musée des Arts décoratifs (illustrated in Tardy, La pendule française, 2ème partie: Du Louis XVI à nos jours, Paris, 1975, p. 314). But no piece can rival in ingenuity with the present clock, which is yet another masterpiece created by this extraordinary artisan, who devoted his entire existence to inventing and perfecting complicated clocks. 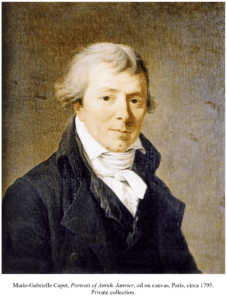 
Given his early horological training by his father, Antide Janvier furthered his knowledge with Abbot Tournier of Saint-Claude, who taught him Latin, Greek, mathematics and astronomy. The young boy soon revealed exceptional aptitude, being a quick learner, and skilled in restoration and design. In 1766, at the age of only 15, he constructed a moving sphere that he presented two years later to the members of the Besançon Academy of sciences, who were quite impressed. Later he studied with M. Devanne, constructing several planetary spheres, including one particularly remarkable one that resulted in his being presented to Louis XV. In 1783 the Count de Provence, the future Louis XVIII, named him “Horloger Mécanicien de Monsieur, frère du Roi”. The following year he presented Louis XVI with two astronomic clocks, receiving the title of “Horloger du Roy”. He survived the French Revolution and continued his activity, demonstrating great skill in horological and astronomical complications.

All the successive French regimes accorded him protection for the rest of his life. As of the reign of Louis XVI, by 1784, he had chambers in Versailles, and in 1786 he was awarded lodgings at the Hôtel des Menus Plaisirs du Roi, in the rue Bergère in Paris; the Revolutionary government gave him lodgings in the Louvre; and Napoléon, as First Consul, accorded him permanent lodgings in the Palais de l’Institut, overlooking the Seine.

In 1789 Louis XVI purchased an extraordinary astronomical clock from him, of which only a fragment has survived. Placed in the apartments of Louis XVI in the Tuileries, it was on display from 1793 to 1802, in the Museum’s Grande Galerie de Peinture. In 1802, it returned to the fourth salon of the Grands Appartements in the Tuileries palace, which had been Napoléon’s study. Louis XVIII had it transferred to the second salon, the Salon de la Paix, and Charles X returned it to the fourth salon. It remained in the Tuileries until its destruction in the 1870 fire that razed the palace. Janvier was responsible for its maintenance from 1789 to 1819. 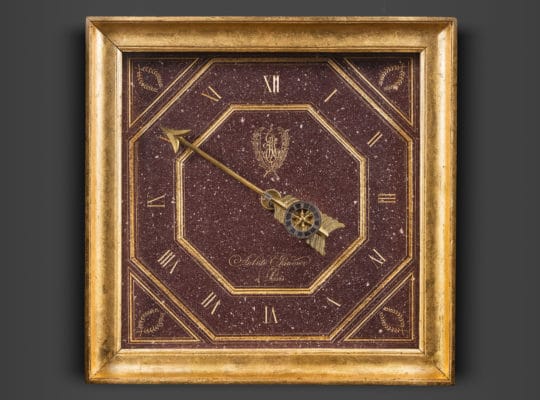 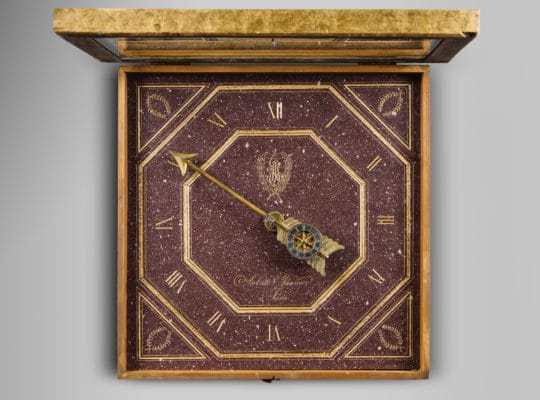 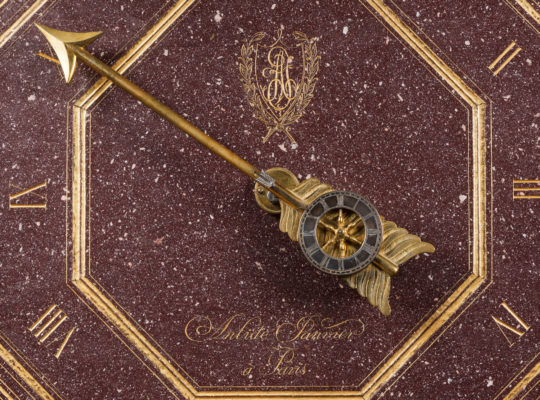 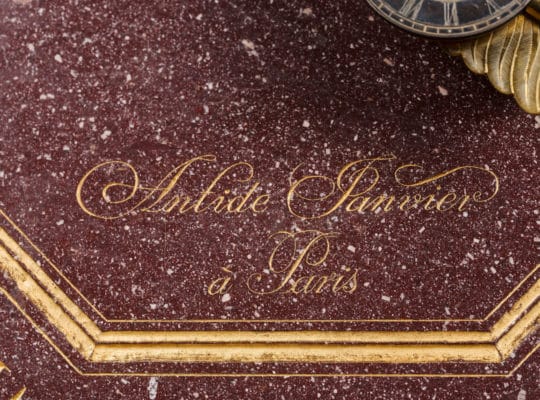 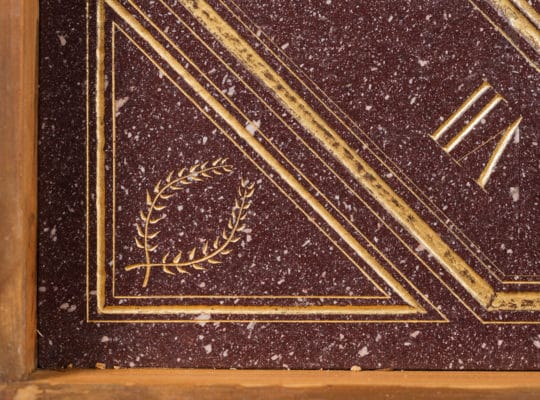 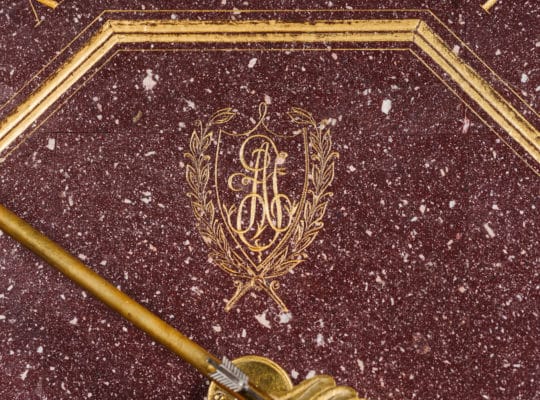 Write us
Call us
Print
Share
In the same category
Janvier 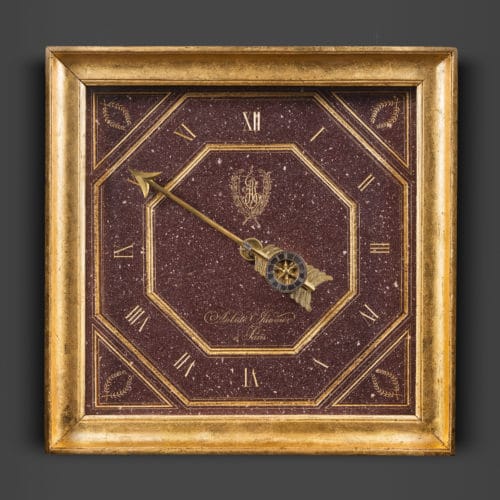