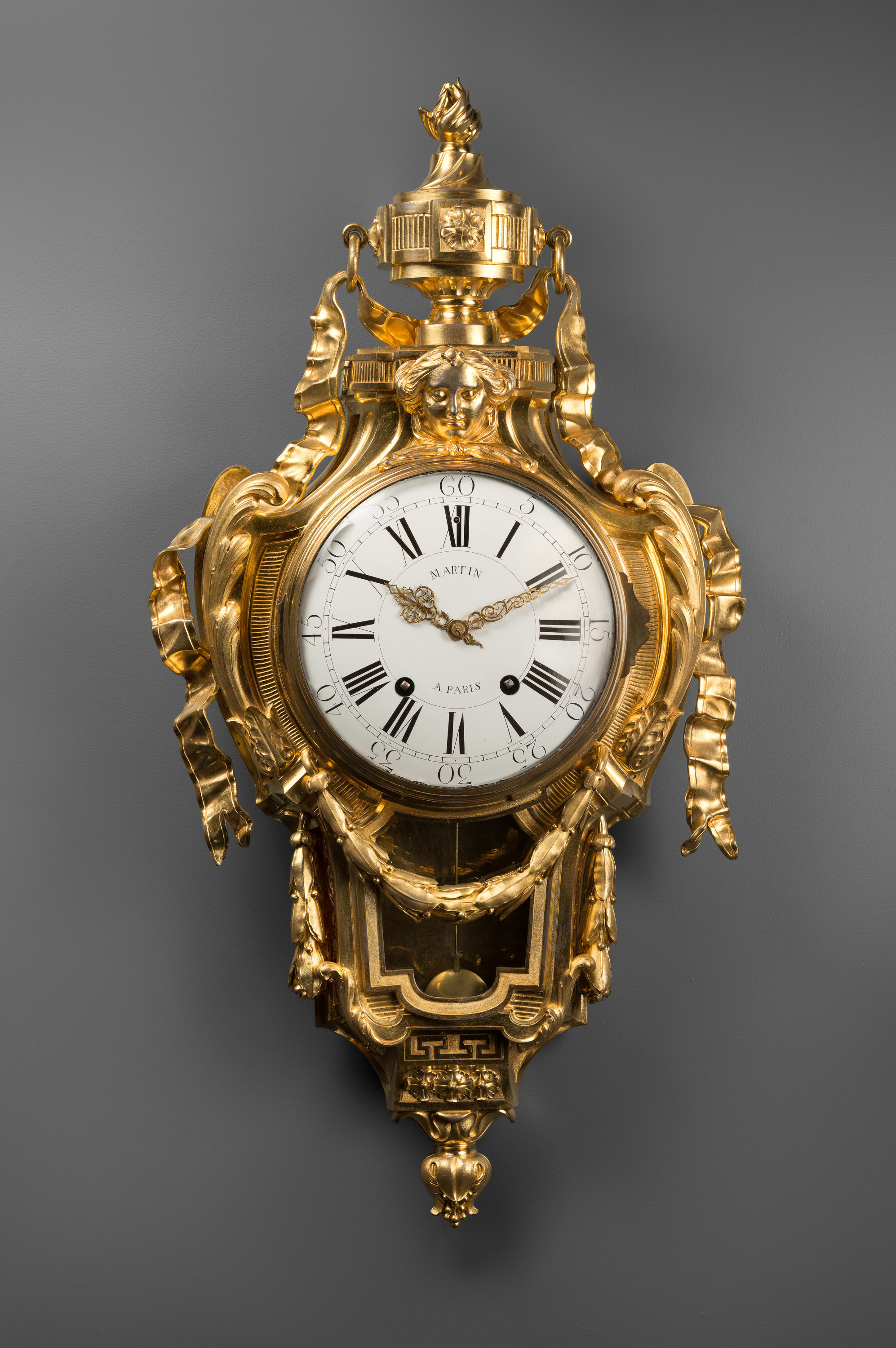 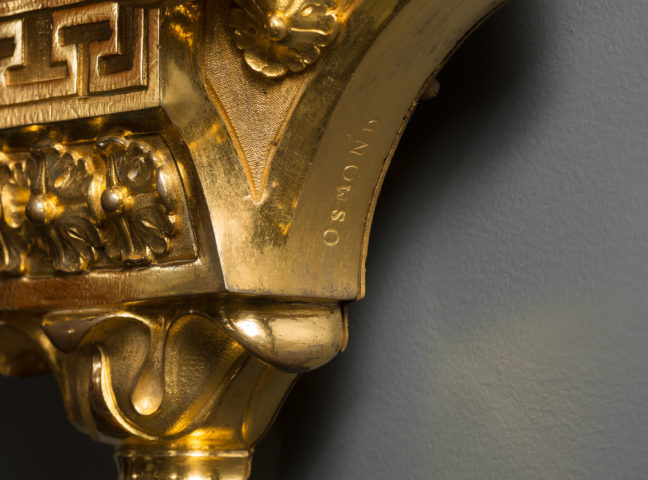 Case signed on the side: OSMOND

The round enamel dial, signed “Martin à Paris”, indicates the hours in Roman numerals and the five-minute intervals in Arabic numerals by means of two pierced copper hands; the Neoclassical case is very finely chased and gilt. The bezel is punctuated with engine turned reserves and wide leaves; at the summit of the clock there is an antique flaming urn decorated with fluting and rosettes. A long ribbon passes through its handles and hangs down on either side; a female mask surmounts the dial. The lower portion features a draped laurel leaf and seed garland; below there is a leaf and seed finial.

The design of the present cartel is illustrated in the book Livre de desseins, in the collection of the Institut d’Histoire de l’Art in Paris (illustrated in H. Ottomeyer and P. Pröschel, Vergoldete Bronzen, Band I, Munich, 1986, p. 184, fig. 3.8.8). This elegant and perfectly balanced model became immediately successful with Parisian collectors of the second half of the 18th century and was particularly appreciated by the members of the royal family. One example was delivered by the clockmaker Lépine in 1767 to the apartments of Mme Victoire de France at Versailles; a second clock was ordered several years later for the apartments of the Dauphin, future Louis XVI, at Versailles; this is almost certainly the example in the collections of the Mobilier national (see the exhibition catalogue Le château de Versailles raconte le Mobilier national, quatre siècles de création, 2010-2011, p. 106-107). 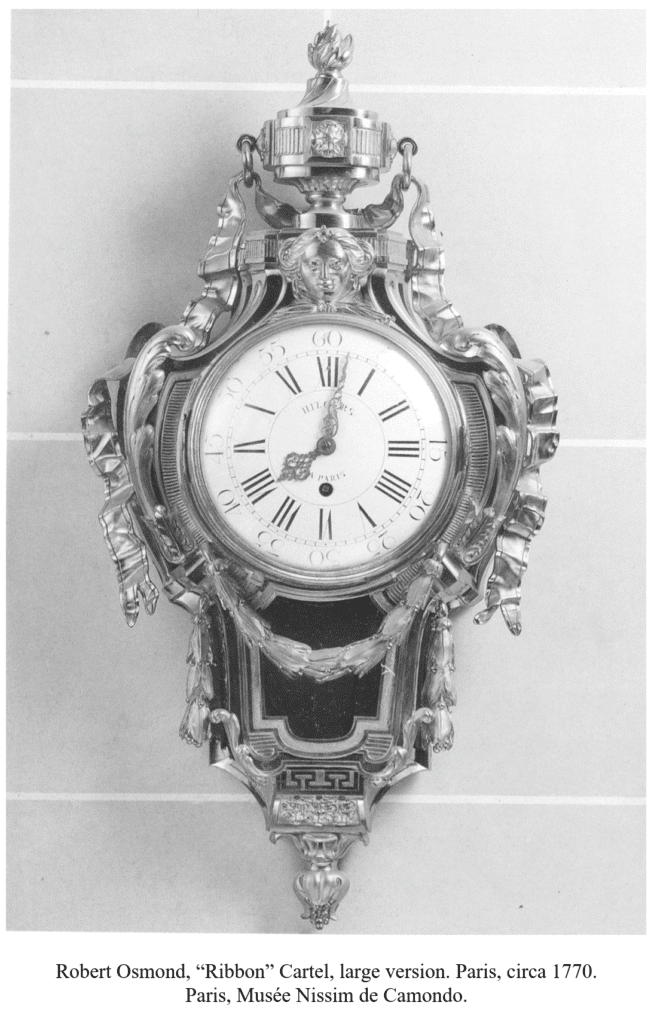 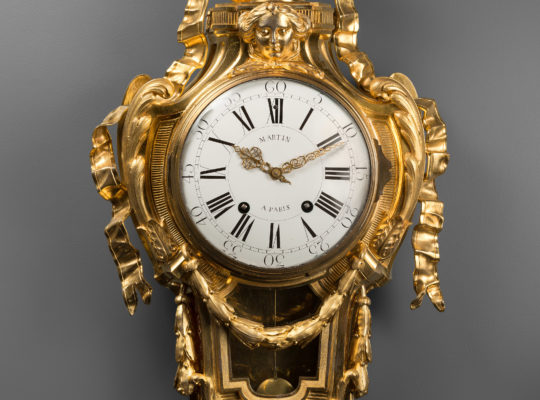 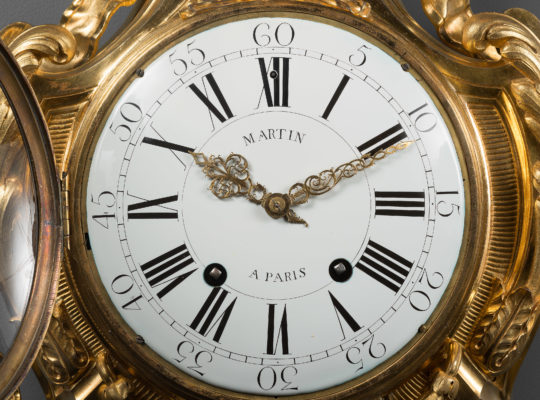 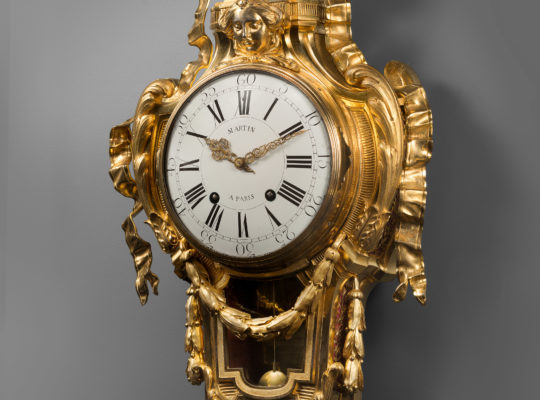 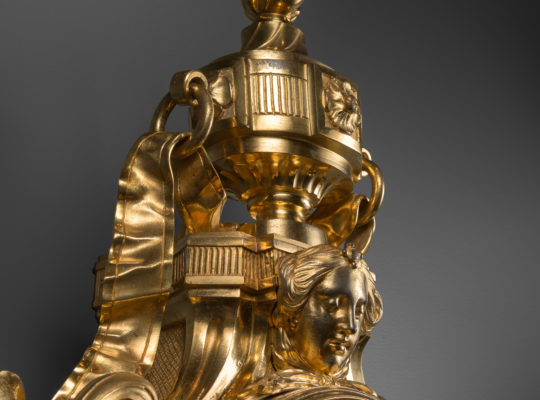 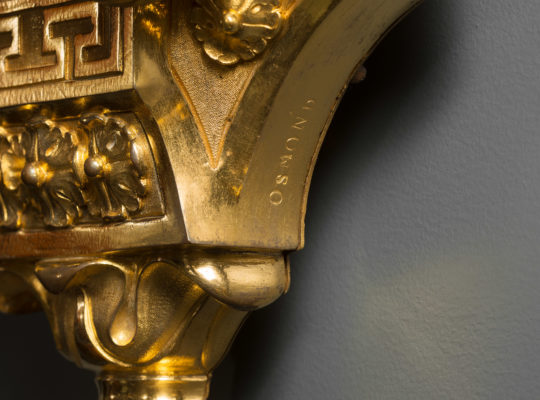 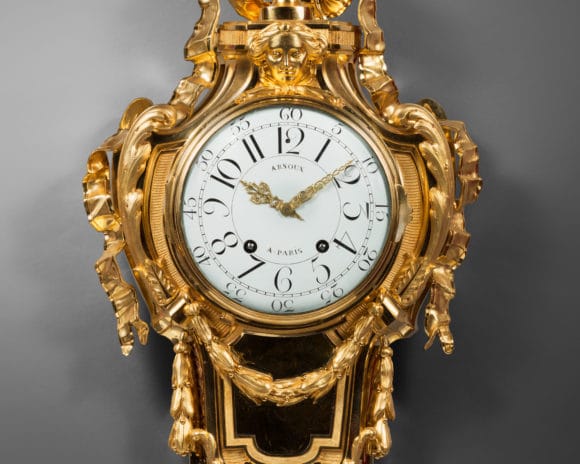 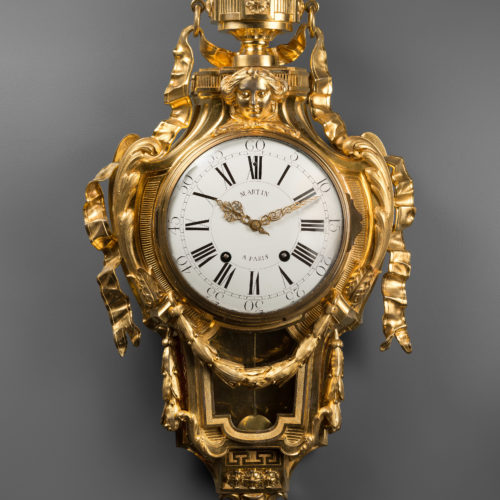