Jean-Pierre Latz was one of the most important Parisian cabinetmakers of the reign of Louis XV. Originally from Cologne, he settled in Paris in the late 1710s and married Marie-Madeleine Seignat, the daughter of a building contractor. He quickly gained renown among important Parisian connoisseurs, and within a few years, could boast of a wealthy clientele both in France and abroad. Among his clients were King Frederick II of Prussia, the king of Poland, and Louise-Elizabeth, Duchess of Parma. Despite his great fame, Latz only stamped a small portion of his production, which remains identifiable due to the marquetry and chased gilt bronze mounts, which he obtained from the finest Parisian bronze casters of the day.

Discover the clocks and pendulums of Jean-Pierre Latz 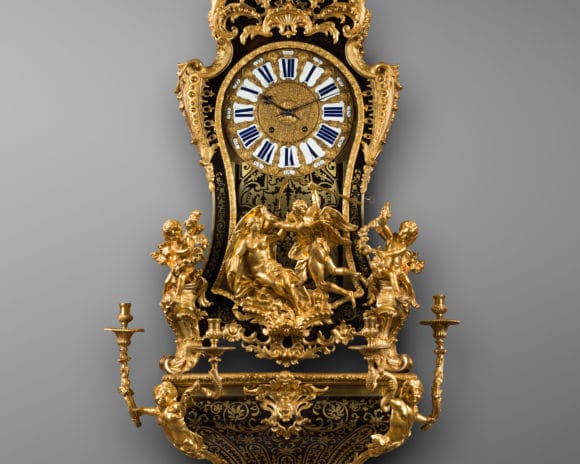 Latz - Delorme
Exceptional Gilt Bronze, Brass, Brown Tortoiseshell, Boulle Marq...
Back
We use cookies to ensure that we give you the best experience on our website. If you continue to use this site we will assume that you are happy with it.Ok