Jean-Noël Bigand (also Bigaud) is one of the most important Parisian clockmakers of the second half of the 18th century. The son of a master clockmaker, after becoming a master himself on February 27, 1743, he opened a workshop in the rue Dauphine. In 1748 he moved to the rue du Petit-Bourbon, where he remained until 1781. He quickly earned a reputation among clock collectors. During the 18th century, his clocks were purchased by many of the great connoisseurs of the time. They appear, for example, in the probate inventories of the prosecutor Jean Vaufrouard and  Alexandre-Louis de Saint-Chamans, the Marquis of Saint-Chamans.

Discover the clocks and pendulums of Jean-Noël Bigand 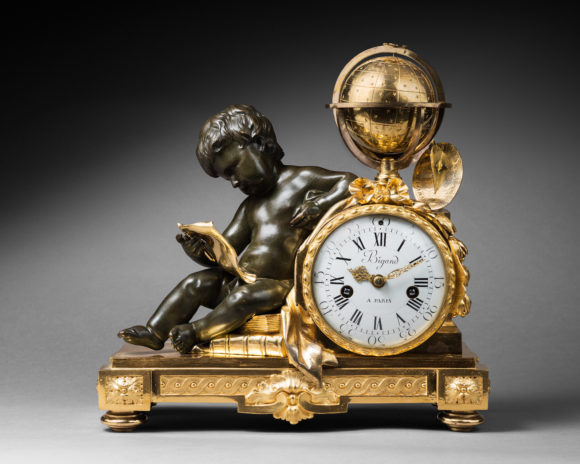 Bigand
Rare Gilt and Patinated Bronze Mantel Clock with Allegorical Fig...
Back
We use cookies to ensure that we give you the best experience on our website. If you continue to use this site we will assume that you are happy with it.Ok