The signatures “Denière” or “Denière Fabt de Bronzes à Paris” are that of Jean-François Denière (1774-1866), one of the most important Parisian bronze casters of the late 18th century and the early decades of the following century. In just a few years he became one of the most important suppliers of bronze furnishings, working for the imperial Garde-Meuble; in addition, he developed a wealthy private clientele. Until 1820 he was in partnership with François-Thomas Matelin, which led him to take part in the decoration of most of the imperial palaces and châteaux, delivering bronze furnishings and clocks, through the intermediary of several of their fellow bronze casters.

Discover the clocks and pendulums of Jean-François Denière 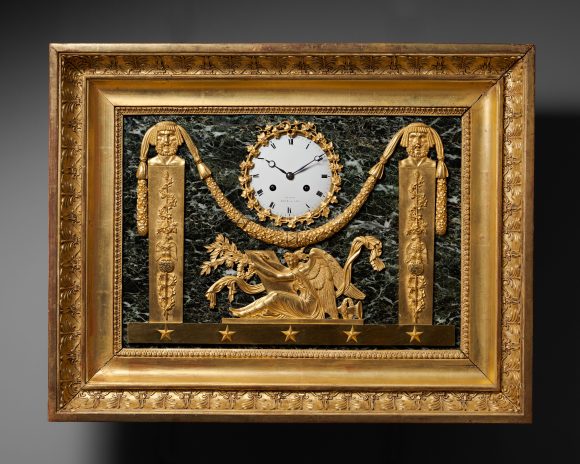 Denière
A Rare Cartel in the Form of a Picture in Gilt Bronze with Matte...
Back
We use cookies to ensure that we give you the best experience on our website. If you continue to use this site we will assume that you are happy with it.Ok