One of the most important Parisian clockmakers of the reign of Louis XVI, he signed his work “Furet à Paris”. The son and grandson of clockmakers, he became a master on November 18, 1746 as a master’s son. He opened a workshop in the rue Saint-Honoré. He initially went into partnership with his father, subsequently taking over his father’s workshop, and soon gained renown among influential Parisian collectors of luxury horology. This allowed him to receive the title of Horloger Ordinaire du Roi pour sa Bibliothèque. Like other important Parisian clockmakers of the period, Furet worked with the finest artisans of the day, including the bronze casters Thomire, Vion and Blavet, the enameller Coteau, and the Broche brothers for sculpture.

Discover the clocks and pendulums of Jean-Baptiste-André Furet 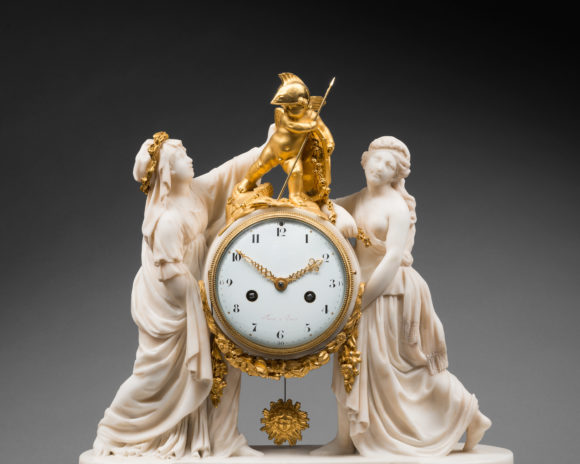 Furet - Coteau
Rare Gilt Bronze and White Marble Mantel Clock “The Vestal...
Back
We use cookies to ensure that we give you the best experience on our website. If you continue to use this site we will assume that you are happy with it.Ok