Edme-Jean Causard is one of the most important Parisian clockmakers of the Louis XV period, signed his clocks in the following manner: “Causard Horloger du Roy suivant la Cour”. During the early part of his career he was an “ouvrier libre”, becoming “Horloger Privilégié du Roi” around 1753 and opening a workshop in the rue Saint Honoré. Like most of the best Parisian clockmakers of the period, Causard sourced his clock cases from the finest cabinetmakers and bronze casters, calling on Jean-Joseph de Saint-Germain, Nicolas Petit and the Osmonds. During the 18th century, his clocks were owned by influential people such as the Marshal de Duras, Blondel de Gagny and the Marquis de Langeac. 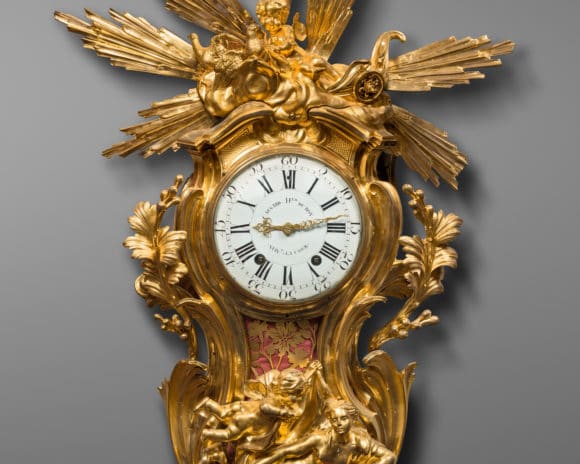 Causard - Caffieri
Exceptional Gilt Bronze Wall Cartel “Venus and Cupid” or “Day an...
Back
We use cookies to ensure that we give you the best experience on our website. If you continue to use this site we will assume that you are happy with it.Ok