The son of the famous painter Jean-Honoré Fragonard, he first trained in his father’s workshop, then became the assistant of the painter David. The latter, speaking of his student’s talent, said: “there is oil in that lamp”. The young Fragonard quickly gained a reputation as a painter and sculptor, receiving numerous public and private commissions. During the Restoration period he created many models for the Royal Sèvres Manufactory. One of the most active participants in the renewal of the French decorative arts, he was a champion of the “Troubadour style”, which was influenced by the architecture, painting and decorative arts of the Middle Ages.

Discover the clocks and pendulums of Alexandre-Évariste Fragonard 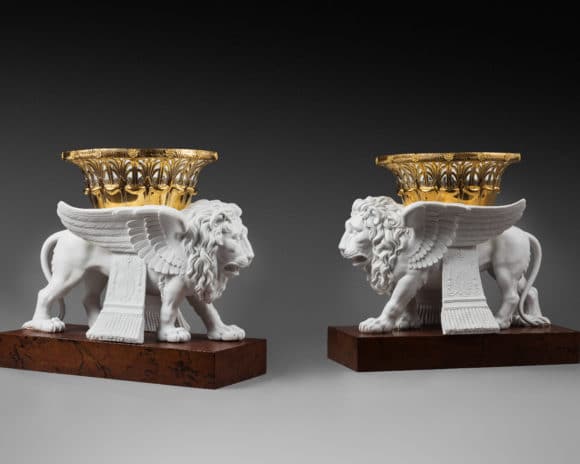 Fragonard - Sèvres
Rare Pair of Sèvres Bisque Porcelain Winged Lions Bearing Gilt B...
Back
We use cookies to ensure that we give you the best experience on our website. If you continue to use this site we will assume that you are happy with it.Ok