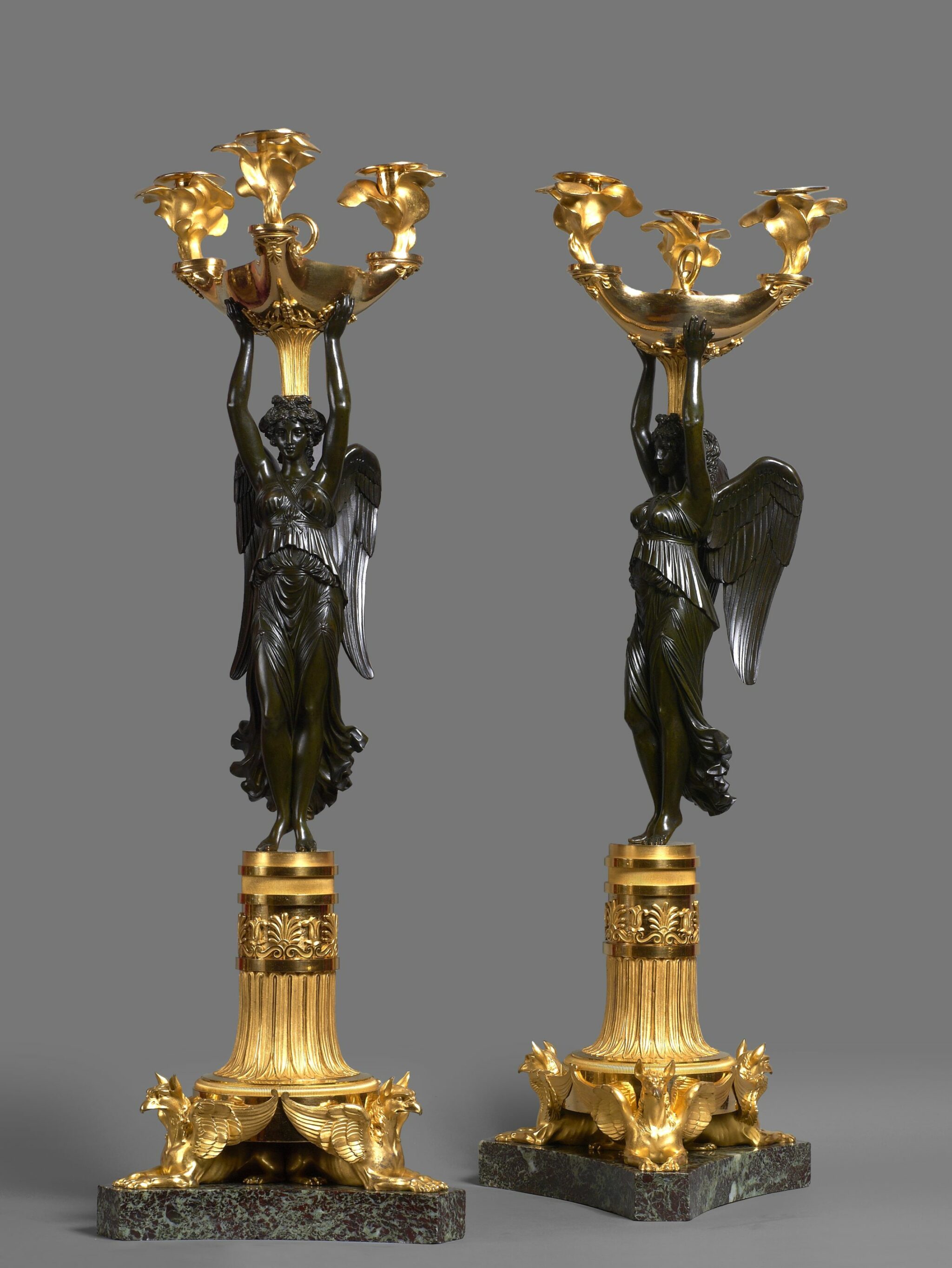 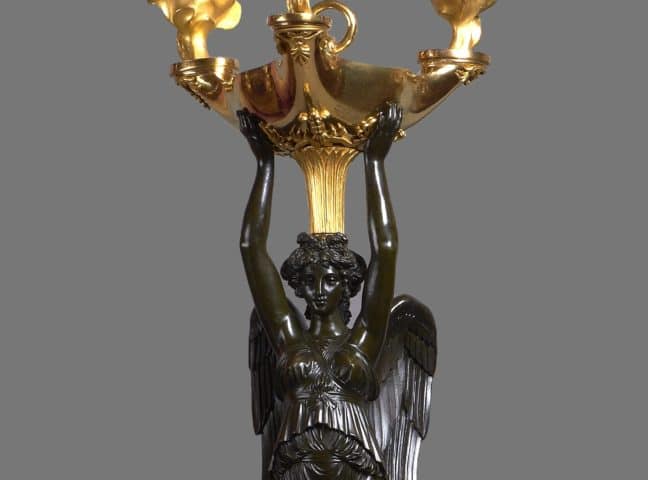 A fine pair of Empire gilt and patinated bronze three-light candelabra “à la Victoire”, the stem of each, formed as a classically-robed winged Victory whose uplifted arms support a lamp issuing from a pilaster placed upon her head and featuring three candle branches that terminate in vase-shaped candle nozzles with stylised flames. Each figure stands on a cylindrical anthemion-mounted and foliate-cast base that is supported by crouching griffons and rests upon on a shaped triangular green marble base.

These very fine and unusual candelabra relate to those made by renowned bronzier  Pierre-Philippe Thomire (1751-1843), who created a similar pair today in the Metropolitan Museum, New York (illustrated in Hans Ottomeyer and Peter Pröschel, “Vergoldete Bronzen”, 1986, p. 329, pl. 5.2.4).

A number of such figures were made during the early nineteenth century, produced by such artisans as Italian artist and designer Filippo Pelagio Pelagi (1775-1860) whose designs for the winged female caryatid supports for a console, circa 1833-34, are today in the Biblioteca Archiginnasio Gabinetto dei Disegni e delle Stampe, Raccolta Disegni Palagi (inv. 2155) in Bologne. They are illustrated in G. Beretti, A. Cotiino, B. Gallizia di Vergano, L. Melegati, “Gli Splendori del Bronzo, Mobili e oggetti d’arredo tra Francia e Italia 1750 1850”, 2002, p. 149, pl. 74. 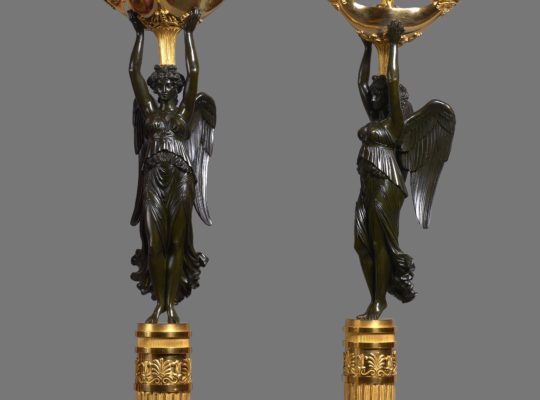 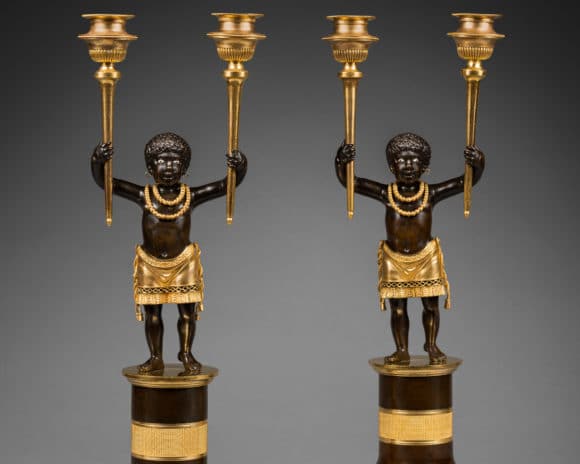 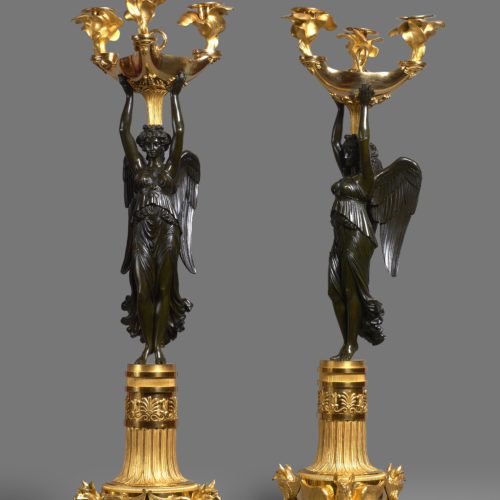