Little is known of the life of Zacharie Raingo, who was active from circa 1805 to circa 1830. Born in Mons, Belgium, he worked in Tournai in 1806, in Gand around 1810. Soon afterward he went to Paris, where he was named Horloger-Mécanicien de SAS le duc de Chartres, and in 1824 Horloger-Mécanicien de la Couronne. In just a few years, Raingo became the most famous clockmaker of the Empire and Restoration periods. One of his clocks was briefly included in the 1834 sale of the collection of the banker Jacques Laffitte; it was described as follows: “A clock with columns, in mahogany, adorned with gilt copper, mechanical movement by M. Raingo.”

Discover the clocks and pendulums of Zacharie Raingo 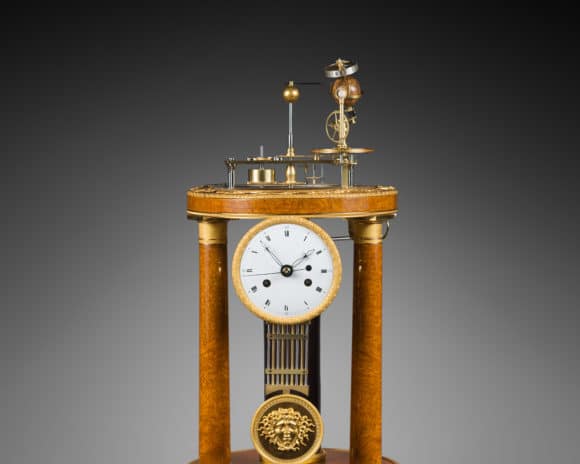 Raingo
Exceptional Amboyna Burl Veneer and Gilt Bronze Musical Rotunda ...
Back
We use cookies to ensure that we give you the best experience on our website. If you continue to use this site we will assume that you are happy with it.Ok