Pierre-Basile Lepaute, known as Sully-Lepaute, was one of the most important Parisian clockmakers of the late 18th and early 19th centuries. In the mid 1760’s he went to work with his uncles, who were also clockmakers, and began his training in the family workshop. In the early days he was in partnership with his uncle and cousin, in 1789 becoming sole owner of the workshop. Toward the end of the 18th century, he and his nephew Jean-Joseph Lepaute founded a new company that was active until 1811 and won a silver medal at the 1806 Exposition des Produits de l’Industrie. In 1811, his nephew opened his own workshop, while Pierre-Basile and his son Pierre-Michel (1785-1849) founded a new firm called  “Lepaute et fils”. For several decades they were the principal suppliers of clocks to the Imperial and Royal Garde-Meuble; they were named, successively, Horloger de l’Empereur and Horloger du Roi. 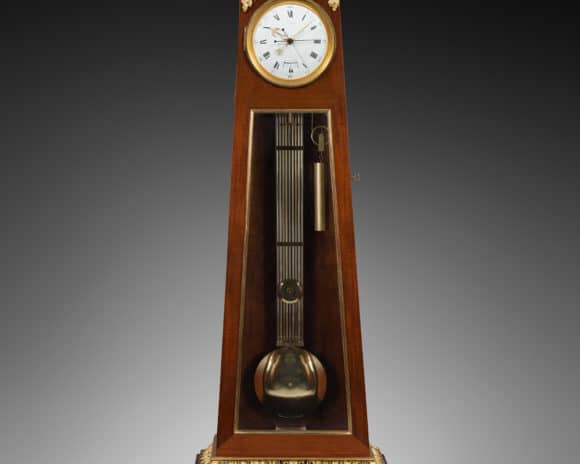 Lepaute - Dubuisson
Rare Floor Regulator with Equation of Time and Gregorian and Rep...
Back
We use cookies to ensure that we give you the best experience on our website. If you continue to use this site we will assume that you are happy with it.Ok