The signature “Gribelin à Paris” seems to be that of Nicolas Gribelin (Blois 1637-Paris 1715), one of the most important Parisian clockmakers of the reign of Louis XIV. The son of Abraham Gribelin, Valet de Chambre-Horloger du Roi, he became a master on June 5, 1675 and encountered immediate success among important horological collectors. Among his clientele were the Dukes of Maine and Bourbon, the Marshal of Villeroy, and the Count of Toulouse. Several clocks by Nicolas Gribelin were described as being in the collections of Louis XIV and his son, the Grand Dauphin. 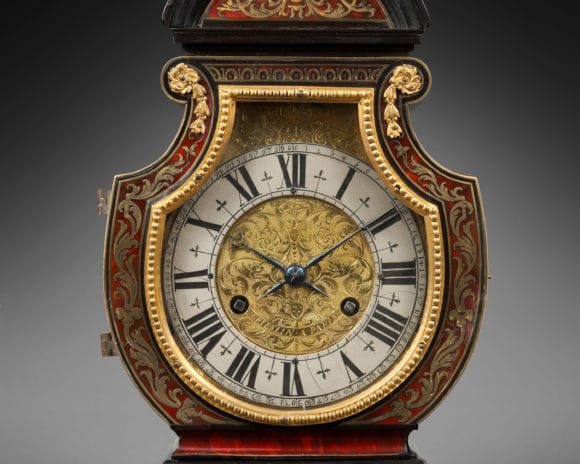 Gribelin
Rare Ebony, Brass and Tortoiseshell Boulle Marquetry, and Gilt B...
Back
We use cookies to ensure that we give you the best experience on our website. If you continue to use this site we will assume that you are happy with it.Ok