This is the signature of Louis Montjoye, one of the foremost Parisian clockmakers of the second half of the 18th century. After becoming a maître in August 1748, he opened a workshop in the rue Dauphine, gaining immediate recognition among Parisian connoisseurs of fine horology. He worked for many of the most important merchants of the time, including Dominique Daguerre, and collaborated with remarkable artisans such as Charles Cressent, Jean-Joseph de Saint-Germain, François Rémond and the Osmond family of bronze-casters, for his clock cases. During the 18th century, his pieces were in the collections of the Duchess of Mazarin, the Duke of Richelieu and the Count of Vaudreuil; during the Revolutionary period one of his clocks was recorded as being in the Château de Montreuil in Versailles, which was the home of Louis XVI’s sister Madame Elisabeth.

Discover the clocks and pendulums of Louis Montjoye 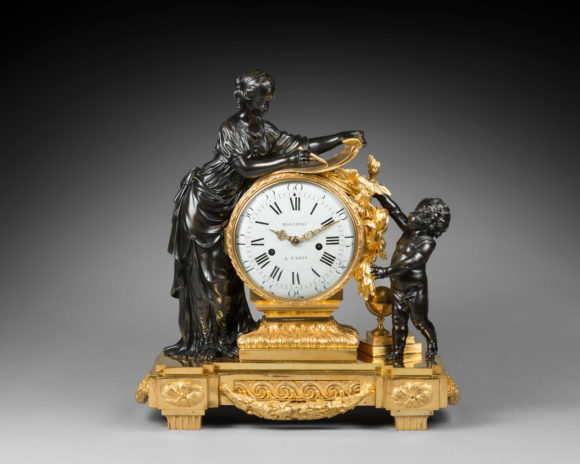 Montjoye - Morlay
Important Gilt and Patinated Bronze Mantel Clock “Clio or an All...
Back
We use cookies to ensure that we give you the best experience on our website. If you continue to use this site we will assume that you are happy with it.Ok