One of the most important bronze casters of the Empire period. Hervieu was quite famous in his day, and worked with clockmakers such as the Lepautes, the bronziers Galle and Blerzy, and the painter Sauvage. He stood out from among the other bronze casters of his time due to his ability to design many different types of light fixtures, which were based on a limited number of basic models and tended to share certain motifs. Several models of candelabra made by Hervieu were studied by Jean-Dominique Augarde in “Une nouvelle vision du bronze et des bronziers sous le Directoire et l’Empire”, in L’Estampille/L’Objet d’art, n° 398, January 2005, p. 80-84.

Discover the clocks and pendulums of Louis-Auguste Hervieu 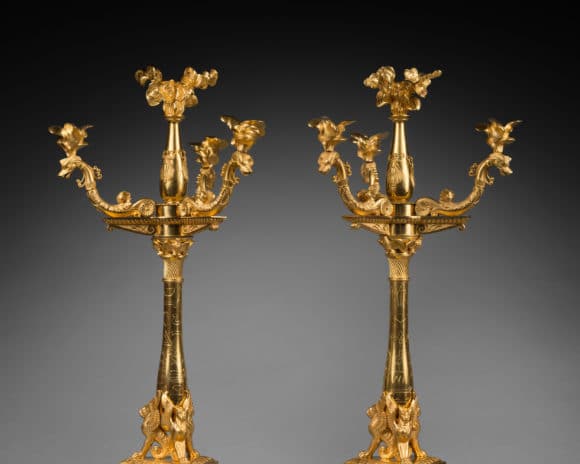 Hervieu
Rare Pair of Gilt and Patinated Bronze Egyptian Style Four-Light...
Back
We use cookies to ensure that we give you the best experience on our website. If you continue to use this site we will assume that you are happy with it.Ok