Joseph Buzot, known as Buzot the elder, was one of the most important Parisian clockmakers of the second half of the 18th century. After becoming a master on August 21, 1770, he first opened a workshop in the Quai des Grands Augustins, then in the rue des Fossés Montmartre in 1772 and the rue des Petits Carreaux shortly before the Revolution. During the 18th century, some of his pieces were mentioned as being in the homes of important contemporary collectors. After the Revolution, a mantel garniture was returned to the heirs of the collector Nicolai; it was made of blue Chinese porcelain with finely chased gilt bronze mounts; its central piece was a clock.

Discover the clocks and pendulums of Joseph Buzot 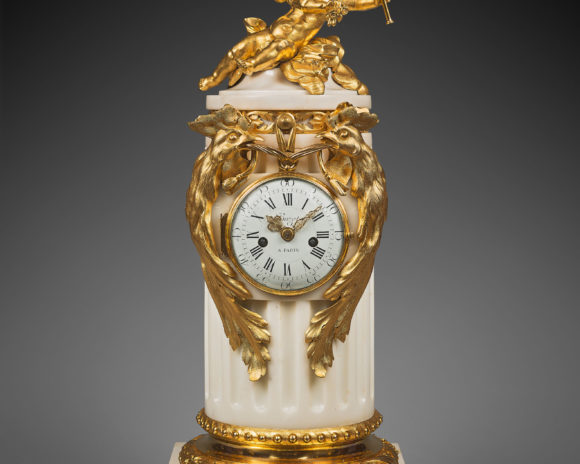 Buzot - Caffieri
Important Mantel Clock in the Form of a Truncated Column made of...
Back
We use cookies to ensure that we give you the best experience on our website. If you continue to use this site we will assume that you are happy with it.Ok