Jean-Pierre Pérache or Perrache is one of the most important Parisian horologists of the second third of the 18th century. After becoming a master in 1733, he opened his workshop in the Palais Royal; he is mentioned as being in the rue Froidmanteau between 1778 and 1783 (see Tardy, Dictionnaire des horlogers français, Paris, 1971, p. 508). He soon became widely renowned and received many private commissions. Several of his clocks were mentioned in the probate inventories of important 18th century collectors; among them, Bernard de Saint-Germain, Jean-Pierre de Rouillé, André Roussel de Jorant, Philippe-Jules-François Mazarini-Mancini duc de Nevers, the great-nephew of Cardinal Mazarin, and the widow of Charles de Savalette de Magnanville, the powerful Farmer-General and former Director of the East India Company. One of his clocks was in the French Royal Collections before the French Revolution.

Discover the clocks and pendulums of Jean-Pierre Pérache 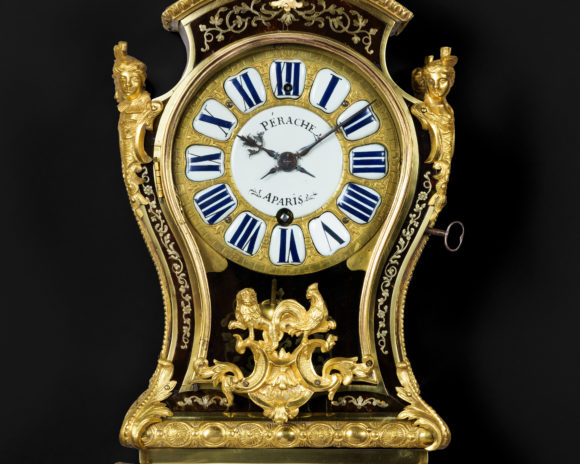 Pérache
Rare Tortoiseshell-Veneered and Gilt Bronze “espagnolettes” Brac...
Back
We use cookies to ensure that we give you the best experience on our website. If you continue to use this site we will assume that you are happy with it.Ok