Jean-Jacques Fieffé was one of the most famous Parisian clockmakers of the Louis XV period. After he became a master in October 1725, he opened his workshop, Quai de l’Horloge. Named Horloger de l’Observatoire, he was very successful among important Parisian connoisseurs of fine horology. The Duke de Chaulnes was one of his clients; several of the greatest collectors of the second half of the 18th century owned clocks made by him, including two pieces belonging to the Abbot Michel-Claude Judde, and Robert Galleran des Roziers, vaguemestre de la Maison du Roy; a small cartel d’alcôve by him belonged to Marie-Maximilienne, Princess de Salm-Kirbourg.

Discover the clocks and pendulums of Jean-Jacques Fieffé 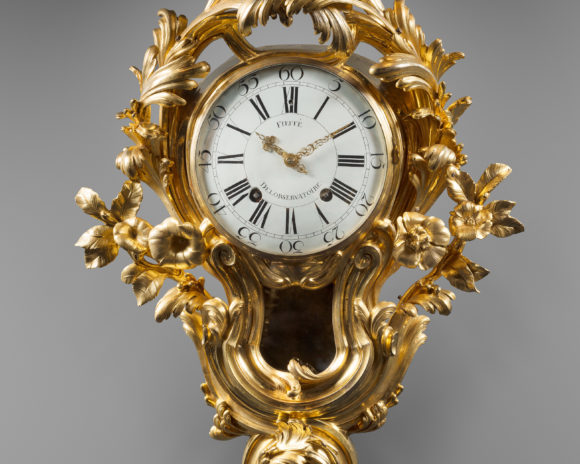 Fieffé
Important Gilt Bronze Rocaille Wall Cartel...
Back
We use cookies to ensure that we give you the best experience on our website. If you continue to use this site we will assume that you are happy with it.Ok