Jean-François-Henri Motel was one of the most important French clockmakers of the early 19th century. Following his studies at the Ecole des Arts et Métiers in Chalons he came to Paris, where he was one of the most brilliant students of Louis Berthoud (1754-1813). After the death of his master he took over the workshop and quickly expanded it. He left the workshop in 1817, occasionally working with Breguet who entrusted him with the repair of chronometers of the Ministry of the Marine. In 1823, he was named “Horloger de la Marine”.

Discover the clocks and pendulums of Jean-François-Henri Motel 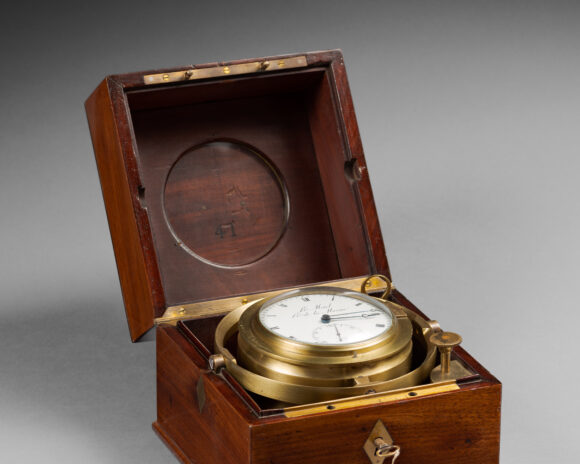 Motel
Rare Brass Marine Chronometer in its Mahogany Case...
Back
We use cookies to ensure that we give you the best experience on our website. If you continue to use this site we will assume that you are happy with it.Ok