Jean-Baptiste Dutertre is one of the most important Parisian horologists of the second third of the 18th century. The son of a clockmaker, he became a master in 1735. He took over the direction of his father’s workshop in the Quai des Orfèvres and immediately became quite successful. Like the best artisans of his day, Dutertre called on the best bronziers for his gilt bronze clock cases, collaborating with Jean-Baptiste Osmond, and Jean-Joseph de Saint-Germain, in particular. Influential aristocrats of the time were his clients; among them, the Marquis de Marigny et de Béringhen, the duc de Penthièvre and the Duchess de Mazarin, as well as several bankers and financiers, such as Messieurs Bochart de Saron, Lepelletier de Mortefontaine and Radix de Sainte-Foix, all of whom were collectors of fine horological pieces.

Discover the clocks and pendulums of Jean-Baptiste Dutertre 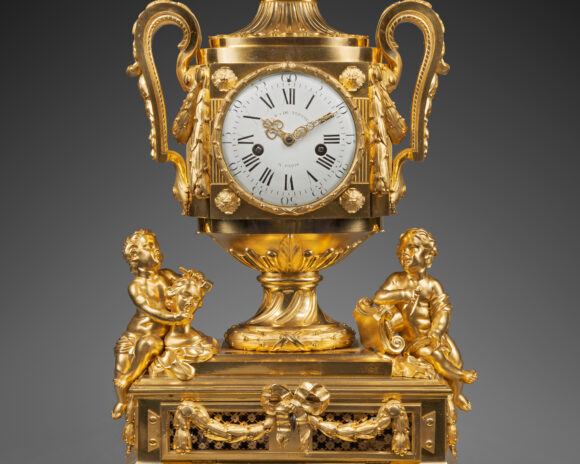 Osmond - Dutertre
Important Matte Gilt Bronze Musical Mantel Clock...
Back
We use cookies to ensure that we give you the best experience on our website. If you continue to use this site we will assume that you are happy with it.Ok