This signature probably refers to the partnership between Monsieur Isabel, a clockmaker who was active in Rouen during the late 18th century – who may be the same M. Isabelle who in 1802 exhibited a system for compensating for the effect of temperature variations on the rate of clocks – and of Jacques Délas, a clockmaker born in Rouen in 1752, whose marriage took place in that city forty years later (see Tardy, Dictionnaire des horlogers français, Paris, 1971, pp. 170 and 318).

Discover the clocks and pendulums of Isabel et Délas 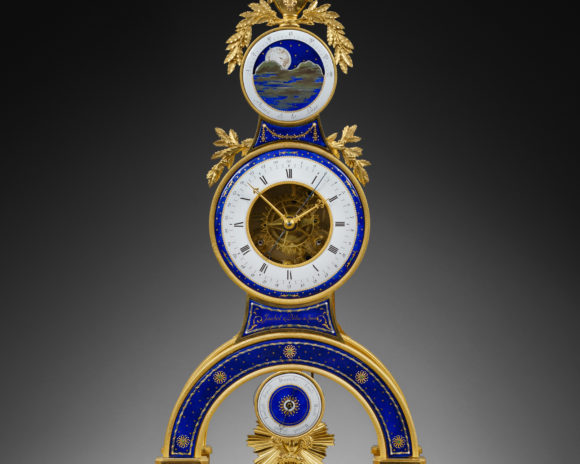 Isabel & Délas - Coteau
Rare Enamel, Gilt Bronze and White Carrara Marble Skeleton Clock...
Back
We use cookies to ensure that we give you the best experience on our website. If you continue to use this site we will assume that you are happy with it.Ok