As of 1750, the signature “Etienne Lenoir” corresponds to the association of Etienne II Lenoir (1699-1778) and his son Pierre-Etienne Lenoir (1724 – after 1789), two of the most important Parisian horologists of the reign of Louis XV. Named Master clockmakers in 1717 and 1743 respectively, they worked together for nearly two decades, producing many clocks for some of the greatest French collectors, as well as for important European courts, and particularly the Spanish court. Like the most important Parisian clockmakers of the time, the Lenoirs sold regularly to the most important marchands-merciers. They also acquired their clock cases from the finest artisans, particularly the cabinetmakers Charles Cressent and Jean-Pierre Latz, and the bronze casters Osmond, Caffieri and Saint-Germain. Today, their work may be found in important international museums such as the Cleveland Museum of Art, the Getty Museum in Malibu, the Louvre Museum in Paris and the Musée national du château de Versailles.

Discover the clocks and pendulums of Etienne Lenoir 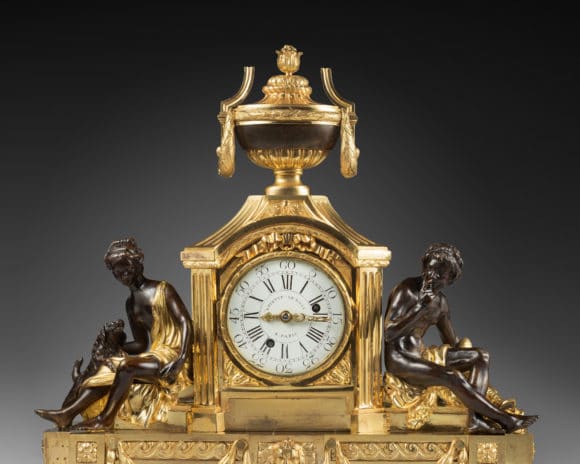 Lenoir
Rare Mantel Clock with Gilt and Patinated Bronze Allegorical Fig...
Back
We use cookies to ensure that we give you the best experience on our website. If you continue to use this site we will assume that you are happy with it.Ok