Etienne I Le Noir, or Lenoir, was one of the most important Parisian clockmakers of the reign of Louis XIV and the early decades of the 18th century. The son of clockmaker Simon Le Noir and Marie du Grand-Mesnil, he learned his trade in his father’s workshop, became a master on January 14, 1698 and opened a workshop in the Place Dauphine and in the rue de Harlay. He enjoyed great renown throughout his career among important Parisian collectors of luxury horology.

Discover the clocks and pendulums of Etienne I Lenoir 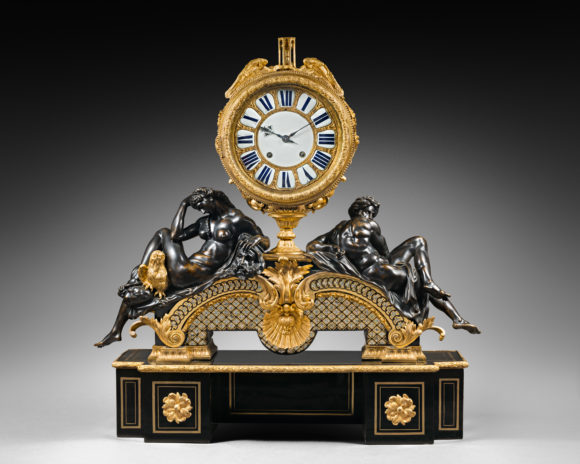 Lenoir - Boulle
Exceptional Ebony Veneered, Gilt and Patinated Bronze, and Coppe...
Back
We use cookies to ensure that we give you the best experience on our website. If you continue to use this site we will assume that you are happy with it.Ok