Claude-Charles-François Filon is one of the most important Parisian clockmakers of the second half of the 18th century. After becoming a master clockmaker in 1782, he opened a workshop in the rue de la Monnaie and became earned the patronage of influential Parisian collectors of the time. In the late 18th and early 19th centuries, his clocks were mentioned in the probate inventories of important collectors, including the banker Joseph Duruey, the lawyer Nicolas-Philippe de Rebergues and Louis-Alexandre Berthier, Prince de Wagram, formerly one of Napoleon’s Marshals.

Discover the clocks and pendulums of Claude-Charles-François Filon 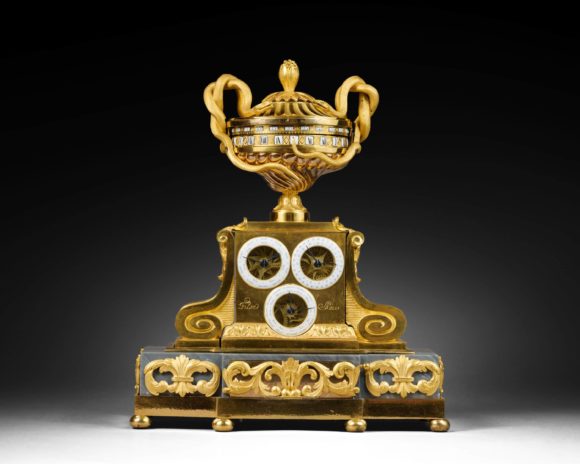 Filon
Exceptional Gilt Bronze Mantel Clock with Gregorian and Republic...
Back
We use cookies to ensure that we give you the best experience on our website. If you continue to use this site we will assume that you are happy with it.Ok