Charles Dutertre was one of the most important Parisian clockmakers of the second half of the 18th century. After becoming a master on November 22, 1758, he quickly gained renown among important contemporary horological collectors and became very successful. Some of his clocks were mentioned during the 18th century, as being in the homes of the Marquise de Langeac, the Prince Charles de Lorraine and the Comte d’Artois, the brother of King Louis XVI.

Discover the clocks and pendulums of Charles Dutertre 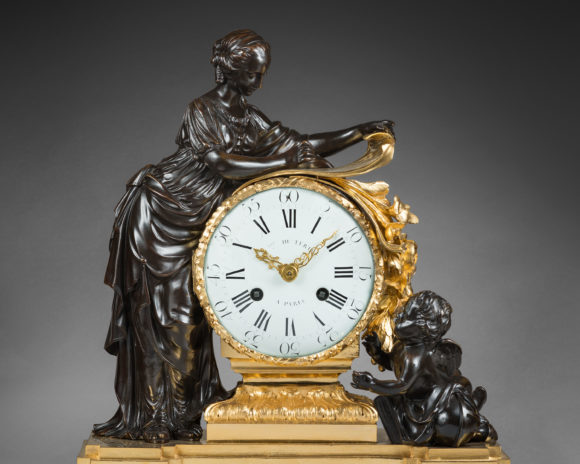 Dutertre - Morlay
Important Gilt and Patinated Bronze Mantel Clock “Clio or an All...
Back
We use cookies to ensure that we give you the best experience on our website. If you continue to use this site we will assume that you are happy with it.Ok