As of 1765, the signature “Gille l’Aîné à Paris” was that of the clockmaker Pierre II Gille.  After becoming a master on 18 November 1746 as the son of a master, he opened a workshop in the rue Saint-Martin, then the rue Saint-Denis and the rue aux Ours. At the beginning of his career he worked with his father, then he opened his own workshop and immediately encountered great success among influential collectors. Among his clients were the Marquis de Brunoy, the Prince Charles of Lorraine, the powerful Farmer General Perrinet de Jars, and the Duke de Gramont.

Discover the clocks and pendulums of Pierre II Gille 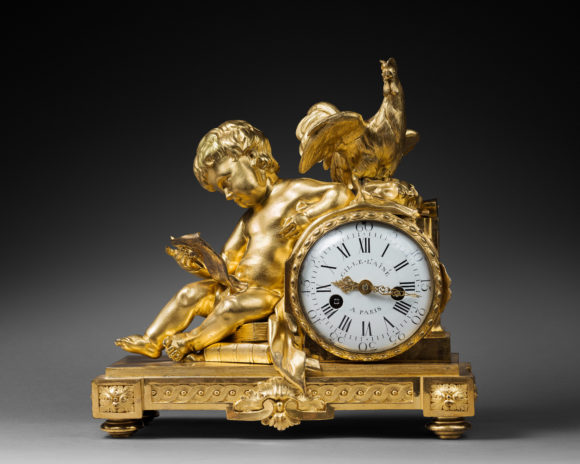 Gille l’Ainé
Rare Gilt Bronze Mantel Clock with Allegorical Figure...
Back
We use cookies to ensure that we give you the best experience on our website. If you continue to use this site we will assume that you are happy with it.Ok