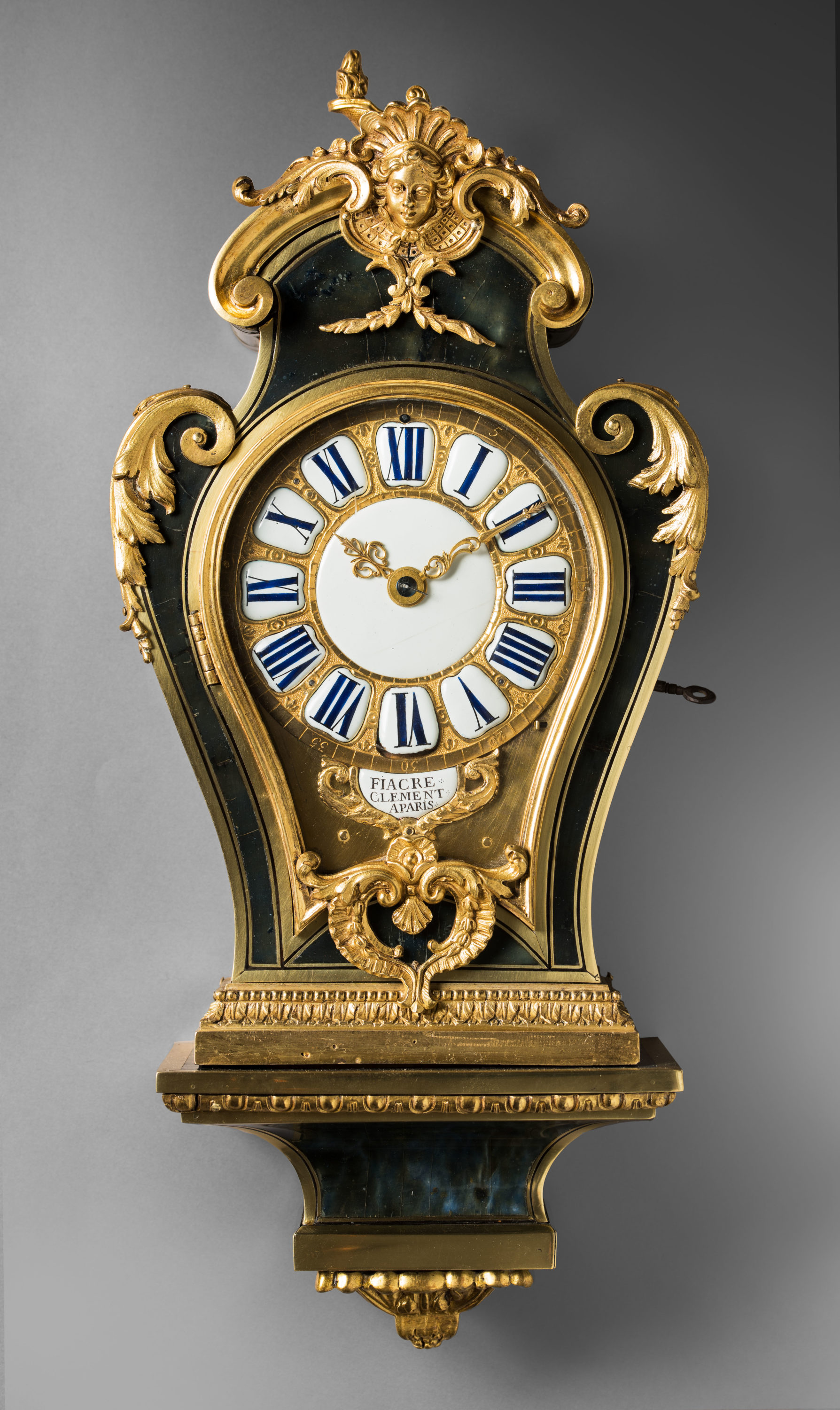 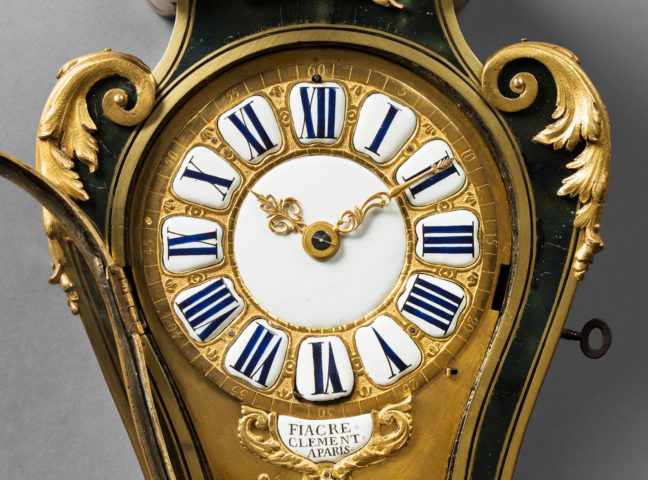 The round enamel dial, made up of thirteen enamel cartouches, is signed “Fiacre Clement a Paris” in a cartouche. It indicates the Roman numeral hours and outermost five-minute intervals, by means of two pierced gilt bronze hands. The movement, also signed “Fiacre Clement a Paris”, is housed in a waisted case that is entirely veneered in blue horn imitating lapis-lazuli with copper inlays, and is elaborately decorated with finely chased gilt bronze mounts. The clock is surmounted by a gadrooned oil lamp that is set on a curved pediment decorated with scrolling moulding and centred by a female mask with a seashell headdress, which is flanked by scrolling acanthus leaves. The sides feature wide leafy scrolls that terminate in volutes. Under the dial there is a pierced cartouche decorated with scrolls, shells and flowers. The lower portion of the cartel features two friezes of beading and water leaves. The bracket is decorated with egg and dart moulding and a leafy bouquet terminating in seeds. The clockmaker designed an ingenious system for winding the movement; therefore the winding hole is hidden behind the numeral “VI”. 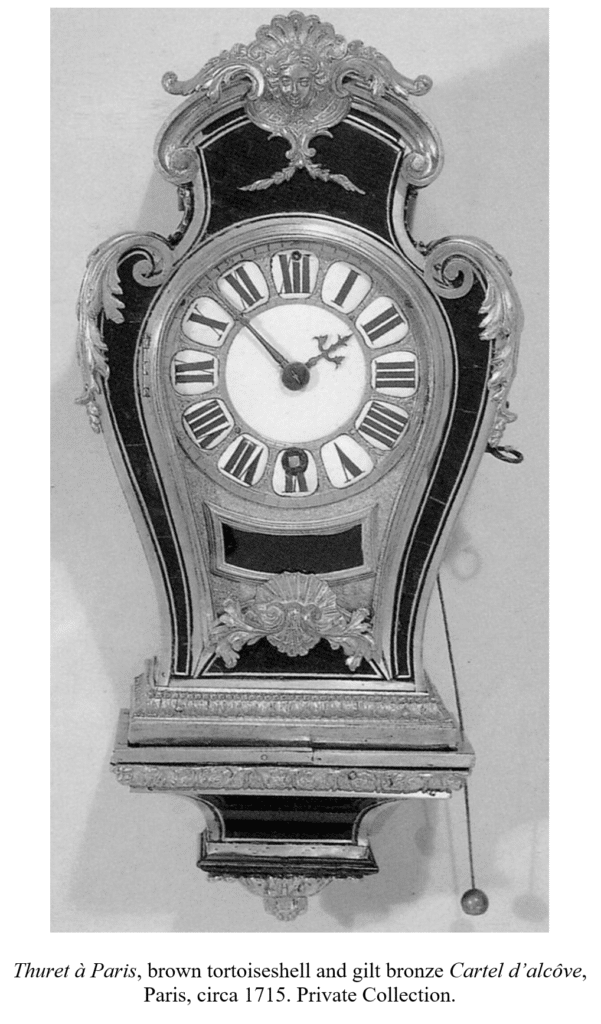 An identical clock with brown tortoiseshell veneering, whose movement is signed “Thuret à Paris”, is today in a private collection (illustrated in P. Kjellberg, Encyclopédie de la pendule française du Moyen Age au XXe siècle, Les Editions de l’Amateur, Paris, 1997, p. 56, fig. A). On November 30, 1776, after the death of the wife of Fiacre-François Clément (the son of the clockmaker who made the present clock) an inventory of the workshop was drawn up by a Parisian notaire. In it, one of Clément père’s clocks was mentioned as being part of the son’s stock: “A 15-day striking clock in a marquetry case with enamel cartouche dial, with the name of Fiacre Clément 120 Livres”.


Fiacre Clément is one of the most important Parisian clockmakers of the first half of the 18th century. After becoming a master on January 16, 1714, he became very well known. In the mid 1740s he opened a workshop in the rue Saint-Denis (see Tardy, Dictionnaire des horlogers français, Paris, 1971, p. 131). Two of his sons, Fiacre-François and Claude, continued to run their father’s workshop until the early years of the reign of Louis XVI. 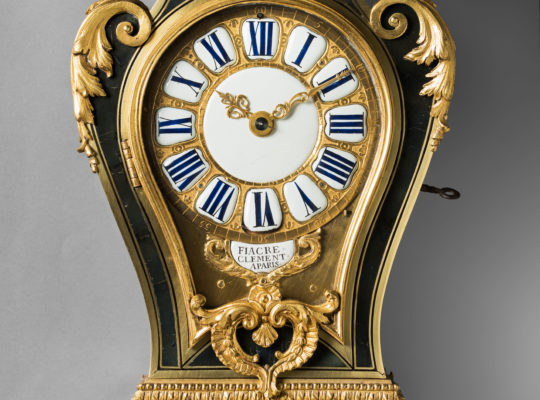 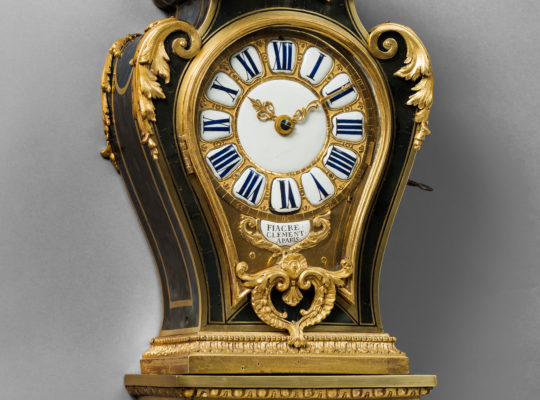 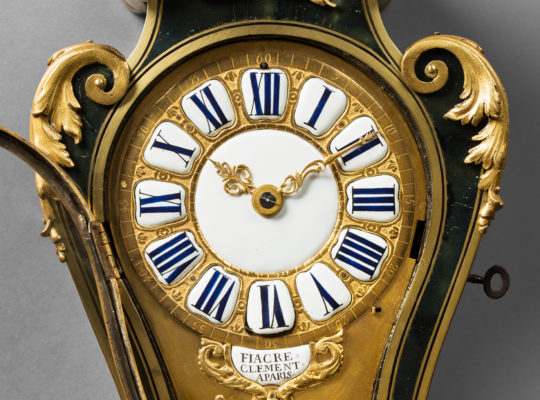 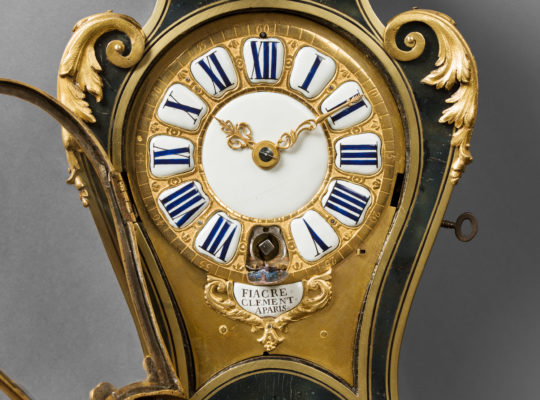 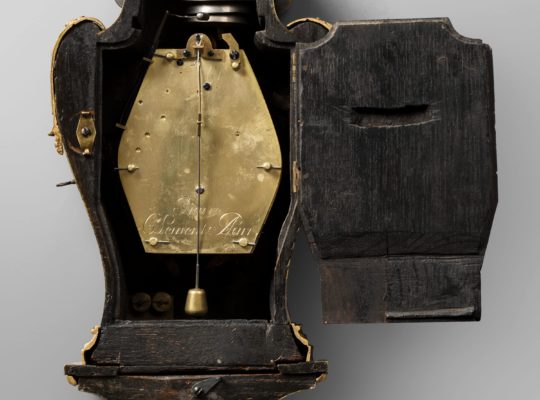 Write us
Call us
Print
Share
In the same category
Clément 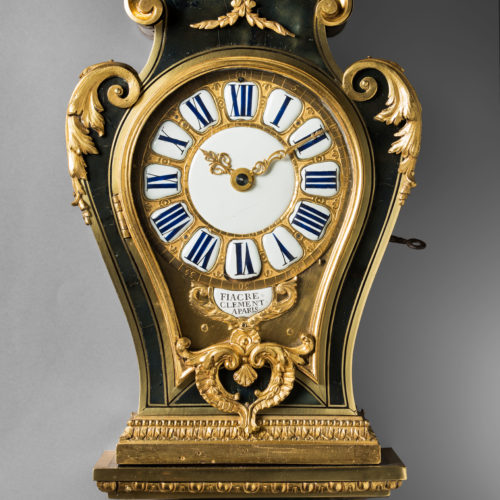