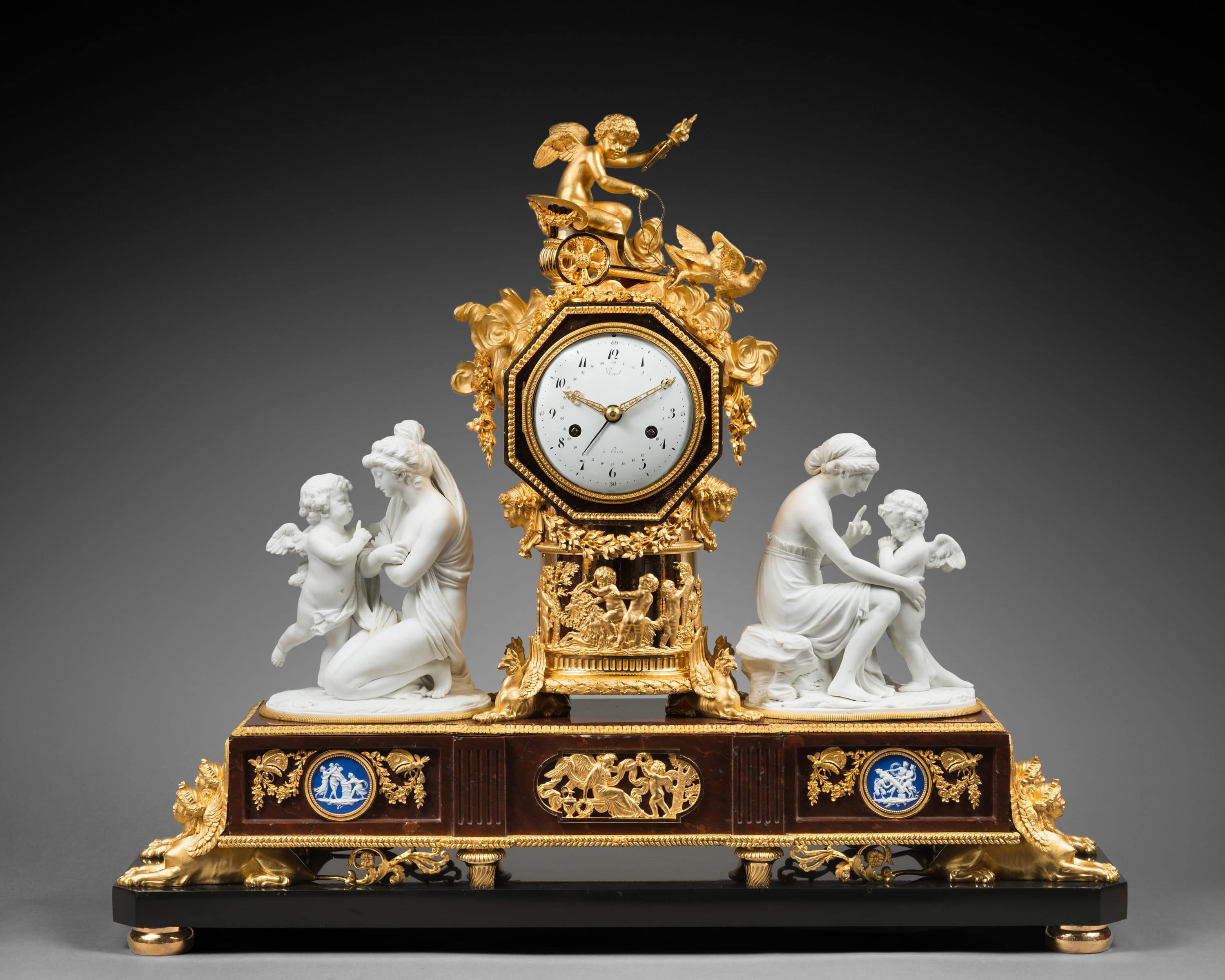 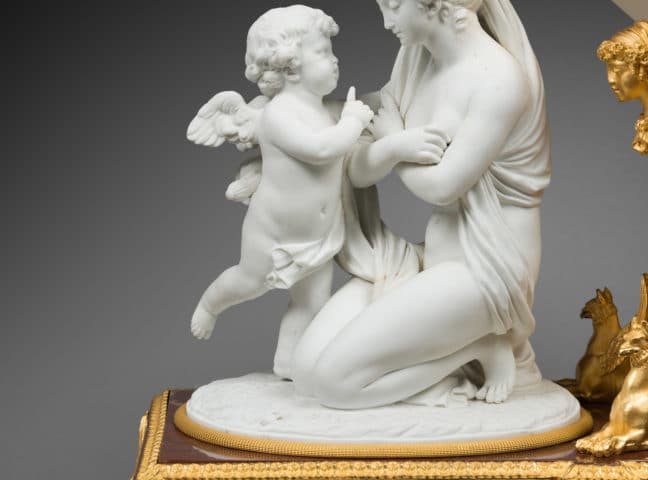 The bronzes attributed to François Rémond

Almost certainly made under the supervision of Dominique Daguerre

The round white enamel dial is signed “Revel à Paris” and “Dubuis”, which stands for Etienne Gobin, one of the most renowned Parisian enamelers of the period, and a colleague and rival of Joseph Coteau. It indicates the Arabic numeral hours, fifteen-minute intervals, and Republican date by means of three hands, two of which are made of pierced and gilt bronze. The dial is housed in an octagonal case decorated with a stiff leaf frieze, whose bezel is adorned with bead and star friezes. The clock is surmounted by a group representing Cupid in a chariot drawn by two doves, holding a flaming torch and riding among clouds that are decorated with flower and leaf garlands. The movement rests on an oval pillar, which is elaborately adorned with motifs including female masks, cord friezes, fluting, and a scene depicting children playing with a goat, in the manner of the sculptor Clodion, and rests upon a laurel torus supported by four griffons. On either side of the pillar stand bisque groups by the Sèvres Manufactory, representing “La Leçon de l’Amour” and “La Leçon à l’Amour”. The quadrangular base with protruding fluted pilasters, is embellished with braid and leaf friezes; in the center a framed reserve depicting Cupid is flanked by bisque porcelain medallions with a blue ground, in the manner of Wedgwood bisque medallions, which feature mythological scenes. The medallions are framed by bead friezes and are suspended from flower garlands held by butterflies. The base is supported by four reclining sphinxes whose tails terminate in scrolls, and which rest in turn on an oblong plinth that is raised upon four flattened ball feet.

The present clock, a masterpiece of Parisian horology of the late 18th century, is extremely luxurious and may be confidently attributed to the chaser-gilder François Rémond, who worked almost exclusively for marchand-mercier Dominique Daguerre, the most important supplier of luxury goods of the period. This attribution, which has been confirmed in a conversation with Monsieur Christian Baulez, honorary curator of the Musée national du Château de Versailles and a Rémond specialist, suggests that the clock was ordered by an extremely prestigious connoisseur. The bisque porcelain groups were created at the Sèvres porcelain factory after models by sculptor Louis-Simon Boizot (1743-1809), who at the time was the director of the Manufactory’s sculpture workshop. 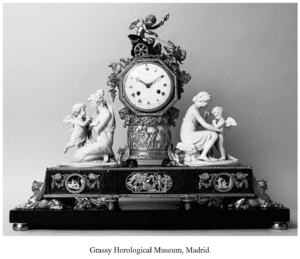 Today, only three identical clocks are known. The first example is on display in the Grassy Horological Museum in Madrid (most of the pieces in the museum were formerly in the collection of the great Catalan collector Perez de Olaguer-Feliu. The second clock, whose dial is signed “Antoine Philibert”, was purchased in Paris in 1910 by Mrs. Arabella Huntington; it is today in the Huntington Collection in San Marino, California (pictured in S.M. Bennett and C. Sargentson, French Art of the Eighteenth Century at the Huntington, 2008, p. 154, catalogue n° 51). One further example of the model, in which the bisque groups are replaced by bronze groups depicting the same themes, was previously in the collection of Prince Nikolai Borisovich Yusupov (1750-1831) in Moscow. It was transferred to the Yusupov Palace in Saint Petersburg in 1850, and was seized during the 1917 Revolution and deposited in the Hermitage Museum in 1925 (pictured in the exhibition catalogue The Triumph of Eros, Art and Seduction in the 18th Century France, Somerset House, London, November 2006-April 2007, p. 79, fig. 31). 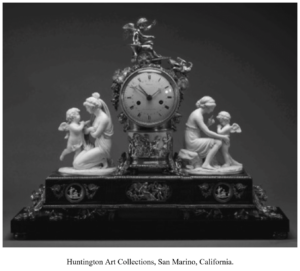 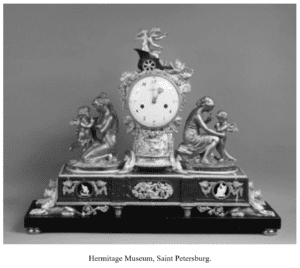 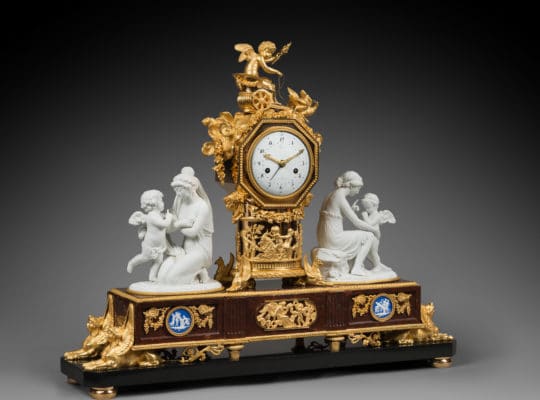 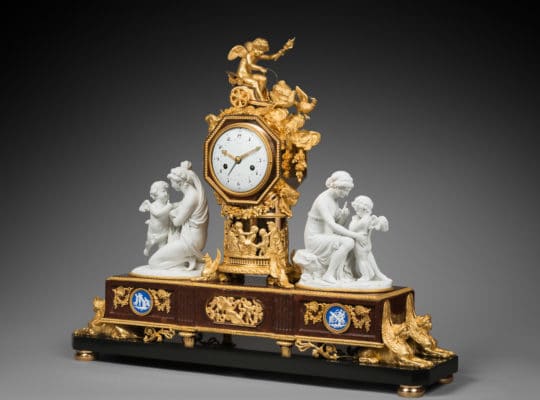 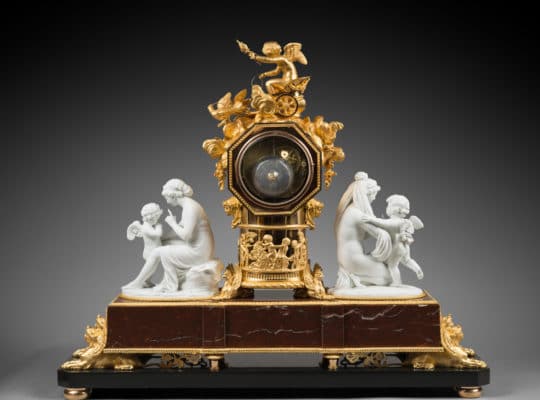 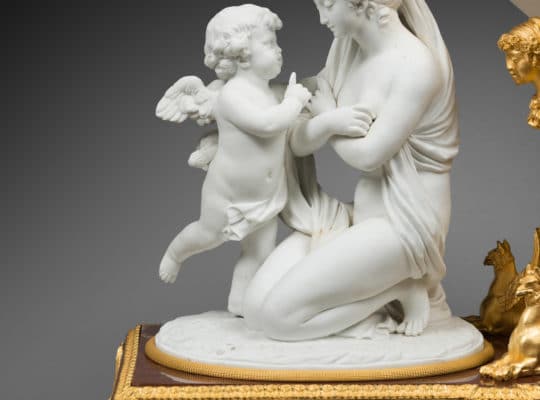 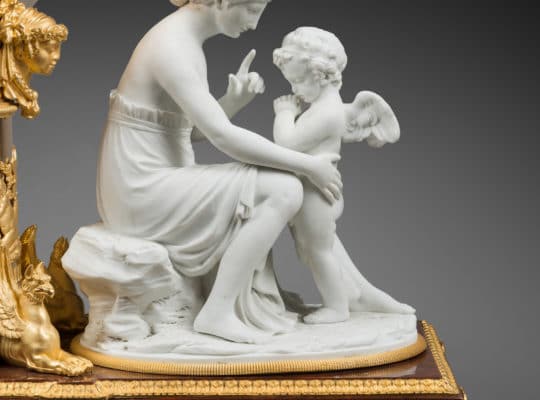 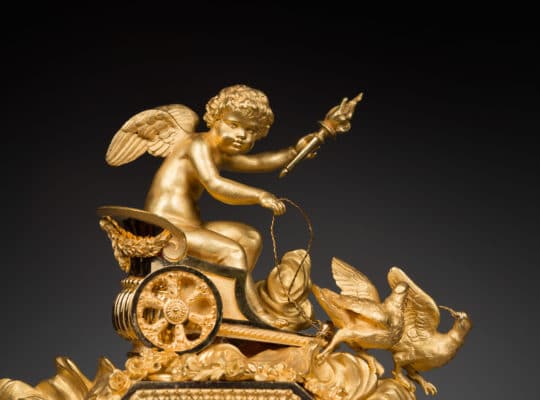 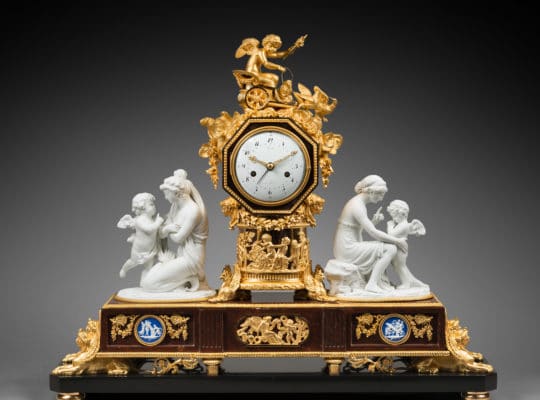 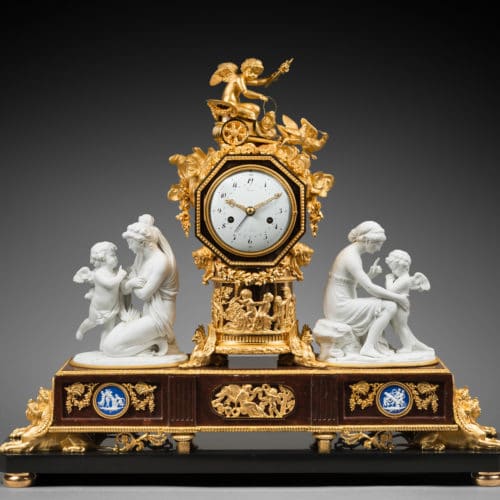