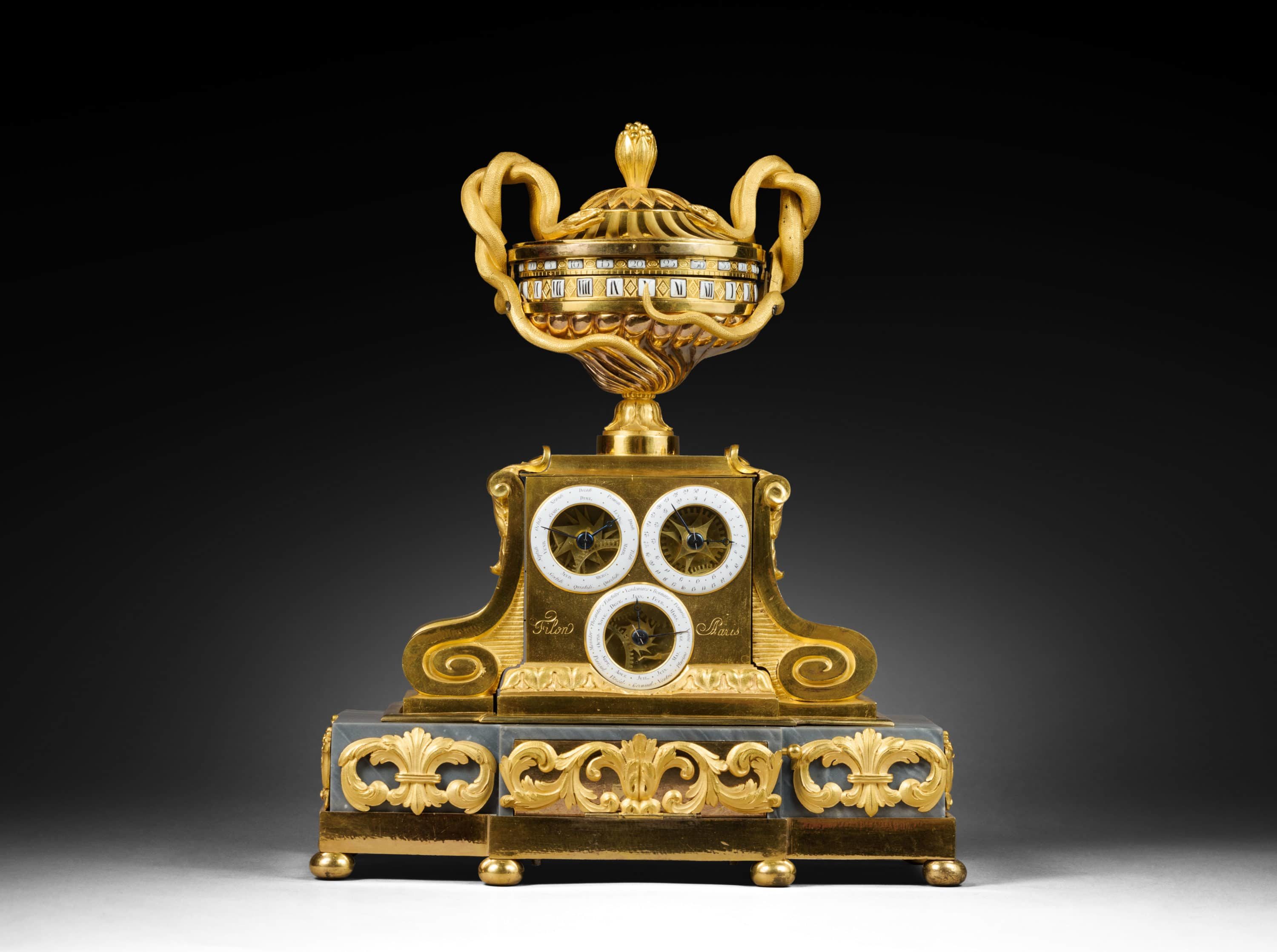 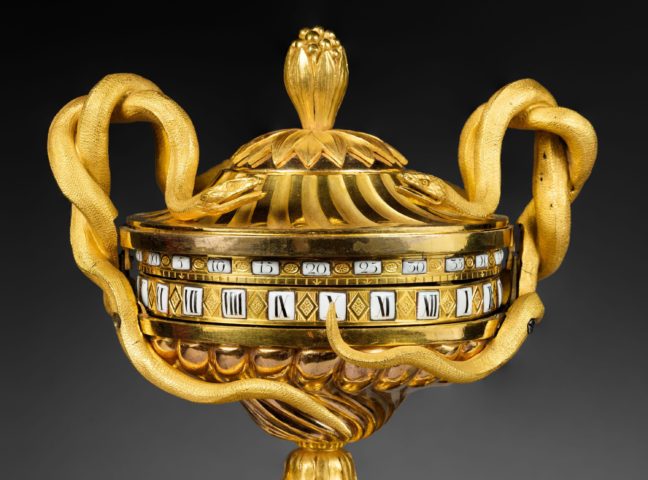 This magnificent gilt bronze and blue turquin marble clock is shaped as an antique urn with handles formed by interlacing snakes. Supported on a leaf-decorated pedestal; the urn’s lower portion is adorned with gadrooning. Its grooved cover is surmounted by a bouquet centred by a leaf and seed finial. The mid-portion of the urn features two superposed horizontal rings with enamel cartouches for the Roman numeral hours and Arabic numeral minutes. The urn is set upon a square pillar that is flanked by scrolls decorated with acanthus leaves; its façade is engraved “Filon à Paris”. It features three enamel ring dials, each bearing both Gregorian and Republican calendar indications. The first displays the days of the week and decade (period of ten days); the second indicates the Gregorian and Republican dates; the third shows the Gregorian and Republican months. The stepped rectangular blue turquin marble base is decorated with ribbon-tied friezes of scrolling foliage, one of which pivots to reveal the winding holes. The clock is raised upon eight flattened ball feet.

After the revolution, a new calendar and new systems of time measurement were introduced – the Republican calendar and the decimal time system. The Republican calendar was in use for several years, until the “year XIV”; decimal time was shorter-lived. Decimal time, which went into effect on September 22, 1792, divided the day into ten hours rather than twelve. Each hour was made up of one hundred minutes, which were in turn comprised of one hundred seconds. However, while the decimal time system – also called the “revolutionary” system – was introduced by the law of 4 Frimaire, year II (November 24, 1793), it was suspended only eighteen months later, with the law of 18 Germinal, year III (April 7, 1795). While the system was in use, clockmakers designed ingenious conversion systems and created elaborate movements, sometimes displaying both the old and the new systems. This shows how difficult people found Revolutionary time measurement. This was the context in which the present clock, probably one-of-a-kind, was created. It is extremely rare and its gilt bronze and blue turquin marble Neoclassical case, as well as its ingenious movement by the clockmaker Filon, displaying both Gregorian and Republican systems, are exceptionally fine.


Claude-Charles-François Filon is one of the most important Parisian clockmakers of the second half of the 18th century. After becoming a master clockmaker in 1782, he opened a workshop in the rue de la Monnaie and became earned the patronage of influential Parisian collectors of the time. In the late 18th and early 19th centuries, his clocks were mentioned in the probate inventories of important collectors, including the banker Joseph Duruey, the lawyer Nicolas-Philippe de Rebergues and Louis-Alexandre Berthier, Prince de Wagram, formerly one of Napoleon’s Marshals. 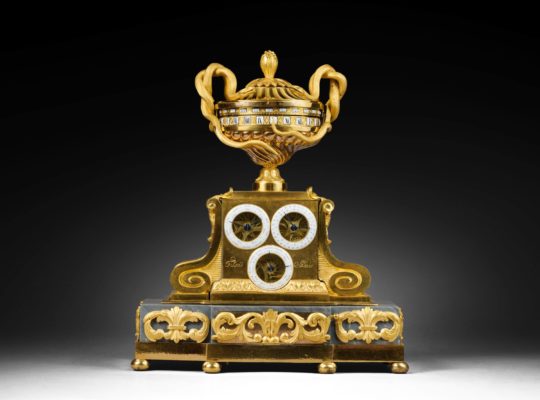 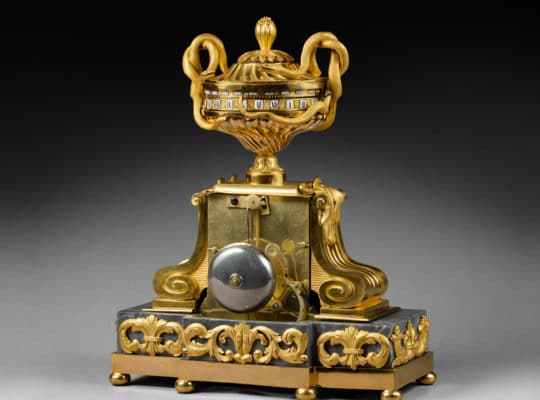 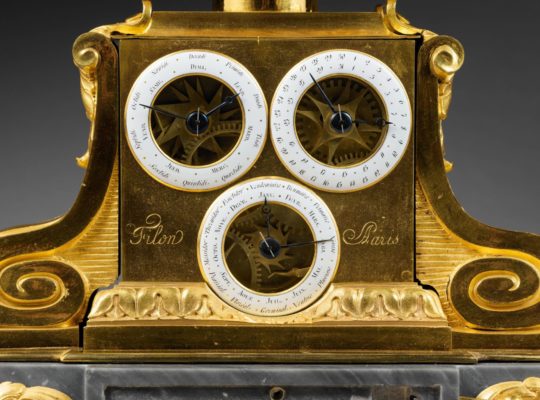 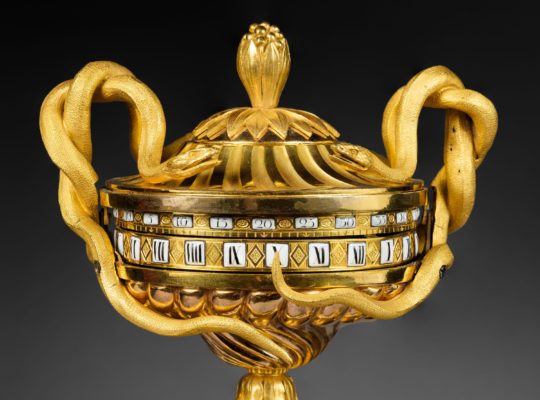 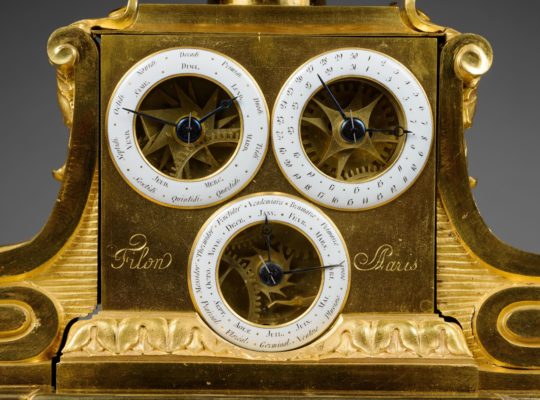 Write us
Call us
Print
Share
In the same category
Filon