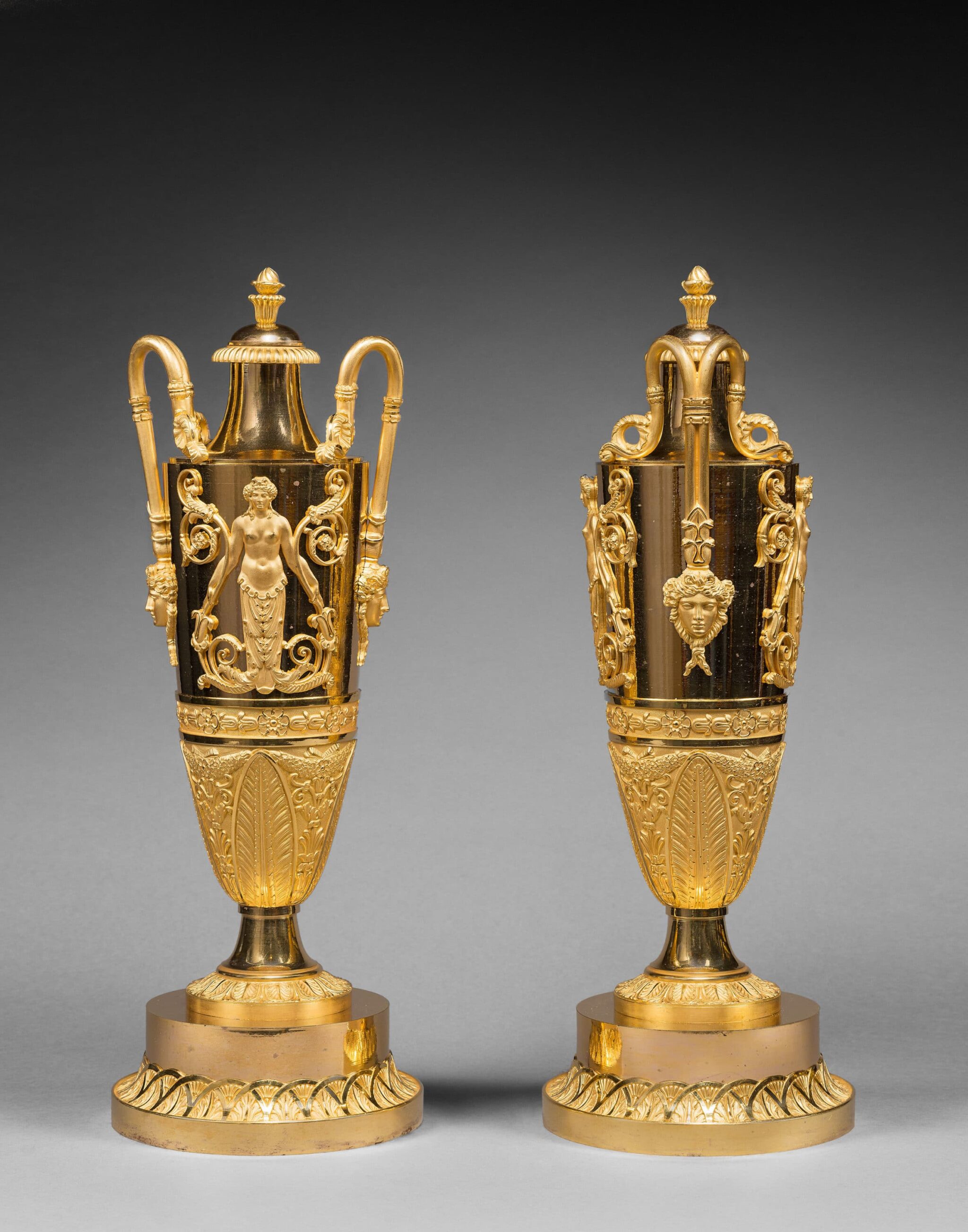 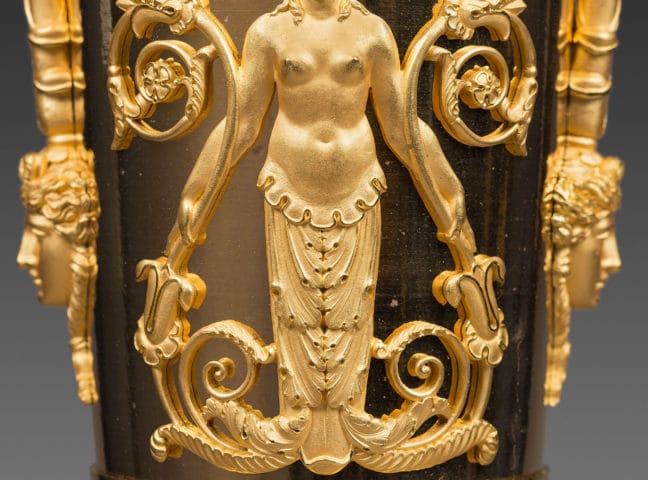 The two vases, made of finely chased engine-turned and gilt bronze with matte and burnished finishing, feature a tapering, elongated belly that is adorned with applied female figures whose bodies terminate in floral scrolling against a gilt ground with burnished finishing. The mid-portion of the belly is adorned with plain molded rings framing a band of rosettes and palmettes. The lower portion is decorated with foliate motifs alternating with wide waterleaves. The applied double-reed handles terminate in lateral female masks. The lid, embellished with a gadrooned frieze, terminates in a spiral finial that emerges from a bouquet of leaves. The vase is set on a molded pedestal that is supported by a concave circular base adorned with a frieze of leaves and stems, which is set in turn on a circular plinth centered by an acanthus leaf frieze interwoven with a frieze of arches.

This rare pair of covered vases with faux lids, is very finely chased, engine-turned, and gilded. It is a perfect illustration of the esthetic style promoted by Emperor Napoleon, who favored works inspired by classical antiquity, as well as sober compositions in bronze, always exceptional in quality. This artistic staging of power was inspired by the Parisian Neoclassicism of the reign of Louis XV. As of the mid 18th century, the esthetic dogmas that prevailed in the decorative arts, both in Paris and in Europe as a whole, came into question. This stylistic renewal grew out of the fabulous archeological discoveries made in the ancient Roman cities of Pompeii and Herculaneum, near Naples. During the second half of the century and the early decades of the following century, it greatly influenced contemporary Parisian artistic creations. That was the context in which the present pair of vases was created. Their remarkable design and the exceptional quality of their chasing and gilding support their attribution to Pierre-Philippe Thomire, the most talented Parisian bronzier of the early part of the 19th century. 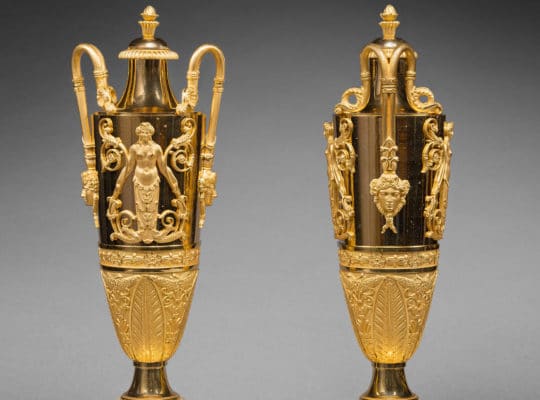 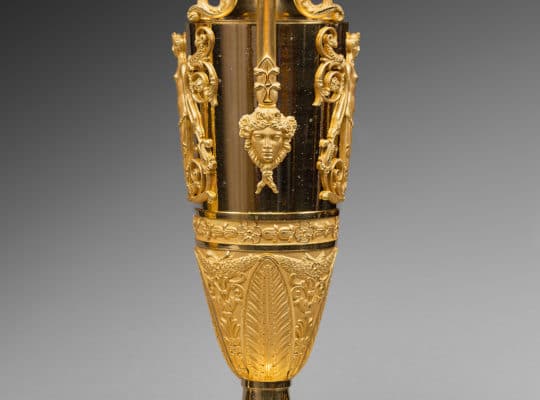 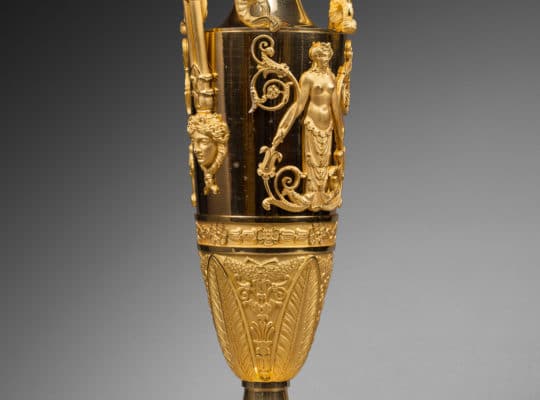 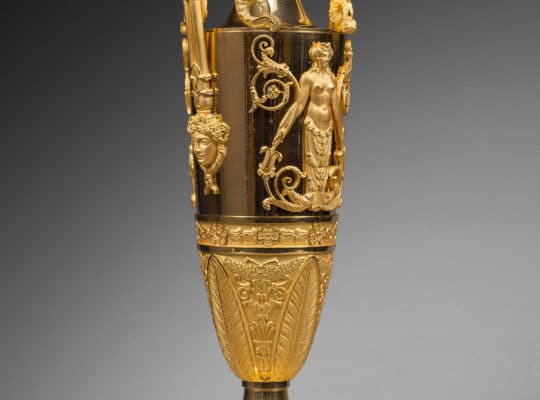 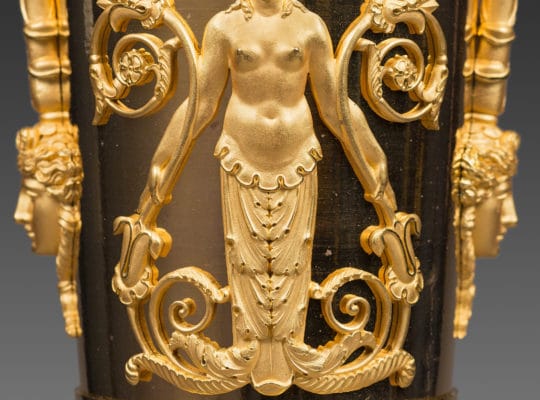 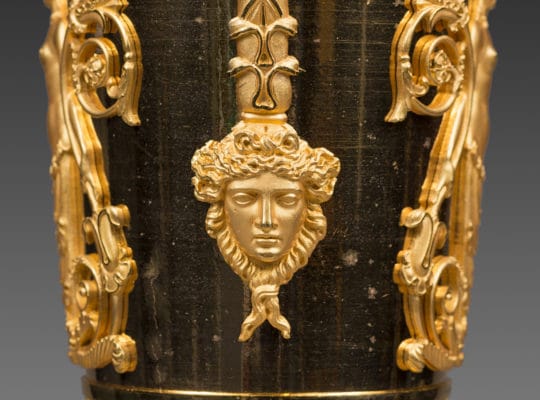 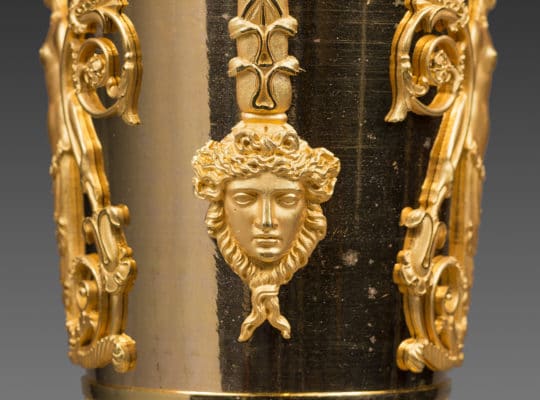 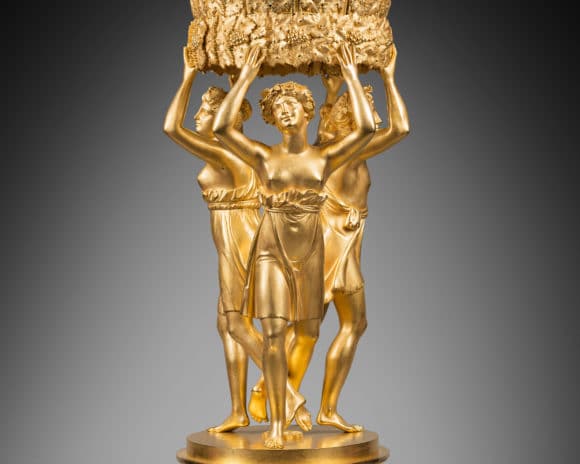 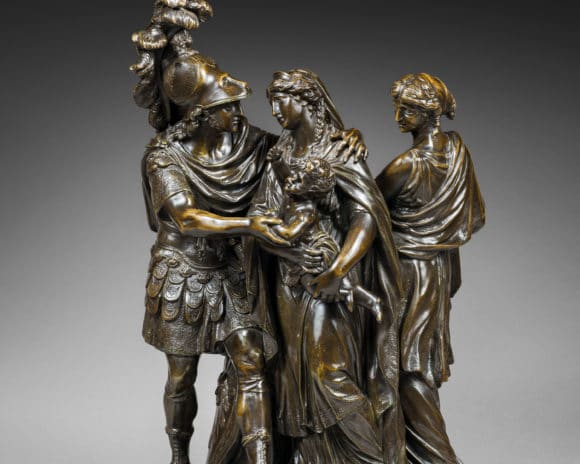 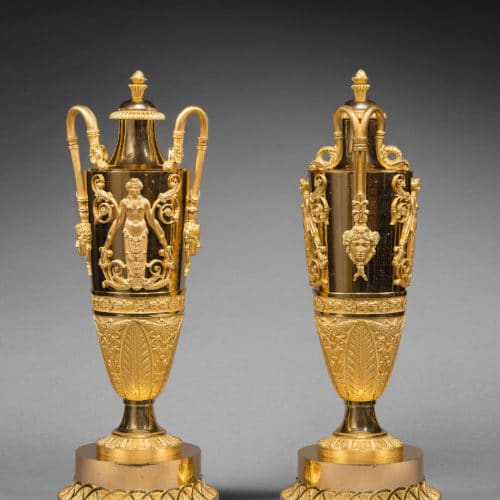