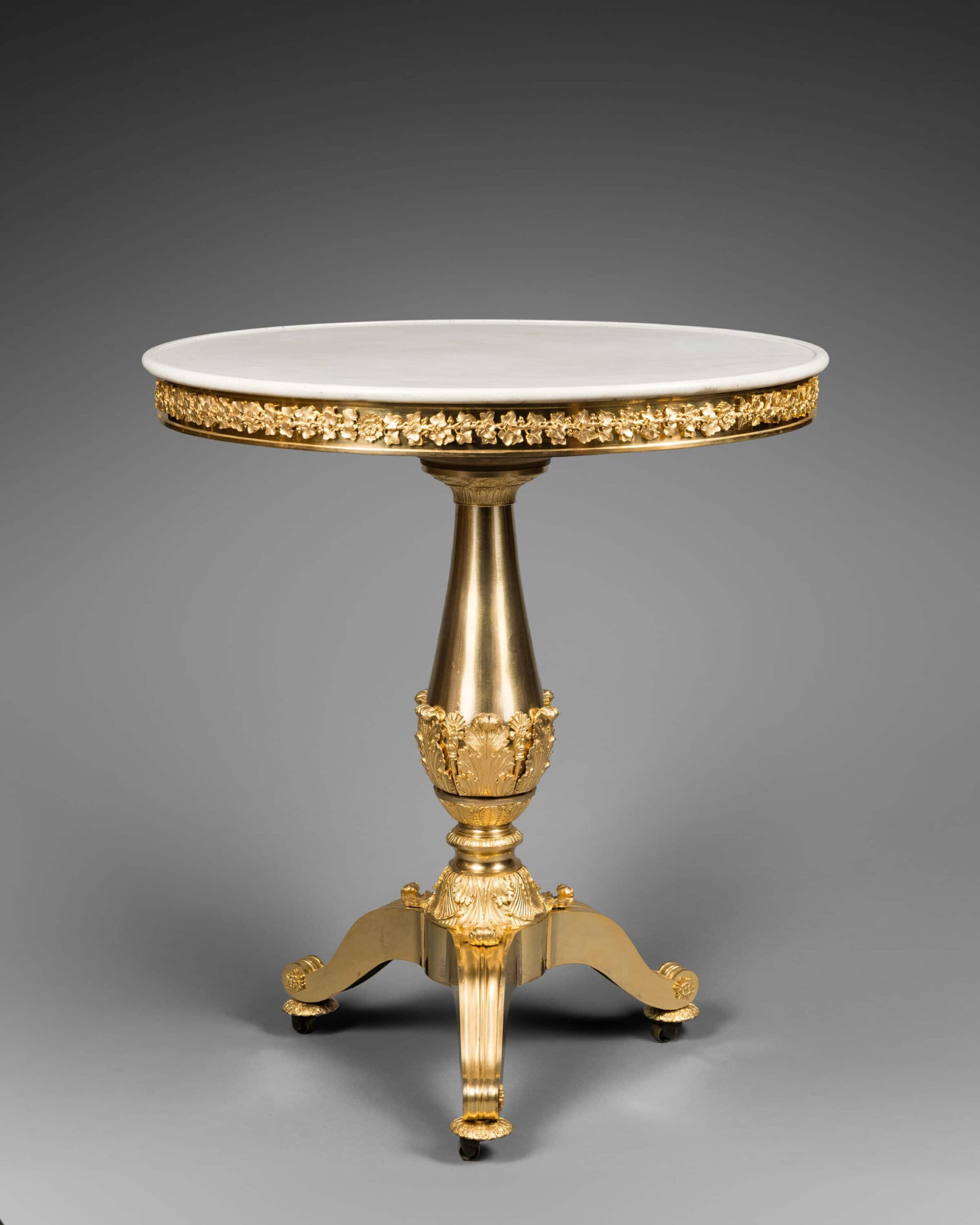 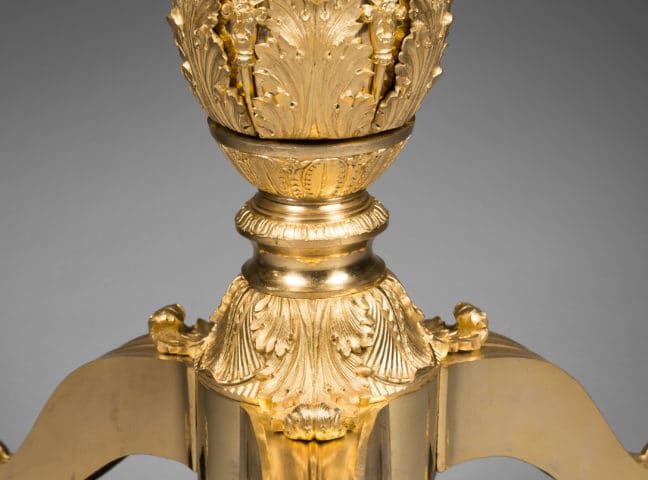 The round white Carrara marble top with a molded edge rests on an entablature whose apron is adorned with a grape leaf frieze with stylized rosettes. The finely chased gilt bronze baluster foot features a capital that is adorned with a frieze of water leaves surmounted by a band with fan motifs and a base that is decorated with wide acanthus leaves alternating with stems, rosettes, and scrolling, itself surmounting a band decorated with leaves that emerge from a molded knop decorated with a waterleaf frieze. The pedestal features a generous acanthus leaf bouquet alternating with veined leaves. The three-legged base is embellished with scrolling and rosettes; the feet have roundels with stylized decoration, which cover the wheels.

The piece of furniture known as a “gueridon” was fashionable during the reign of Louis XVI. It became extremely popular after Napoleon Bonaparte’s rise to power, and numerous models were produced, in many different materials, during the first third of the 19th century. Nevertheless, it should be stressed that this particular type of gueridon, with a marble tabletop and a chased, gilt bronze foot, counts among the most spectacular and ambitious creations of the Imperial period and the following two decades. The attribution of the present table to bronze caster Pierre-Philippe Thomire is based on the numerous stylistic similarities to works that are known to have been made by that extraordinary bronzier, and on a description found in Juliette Niclausse’s 1947 monograph on Thomire, which mentions a similar table with certain variations in its general design: “A large chased and gilt bronze gueridon. The apron is adorned with a succession of stars, the feet terminate in claws. Signed Thomire” (J. Niclausse, Thomire, fondeur ciseleur (1751-1843), Paris, 1947, p. 134). Only a few similar gueridons made entirely of chased gilt bronze are known. Among them, one example with a baluster stem is in the Royal Spanish Collection, in the Royal Palace of El Pardo in Madrid (illustrated in L. Feduchi, Colecciones Reales de Espana, El Mueble, p. 457, fig. 380). A second piece was formerly in the collection of Russian sculptor Marc Antocolsky (1840-1902); it was first sold in Paris in 1906 and was again offered on the French art market several decades later (sold Paris, Galerie Georges Petit, May 26-27, 1930, lot 203). One further comparable gueridon is on display at the Villa Masséna in Nice (illustrated in L. Mézin, La Villa Masséna du Premier Empire à la Belle Epoque, 2010, p. 50-51, catalogue n° 8). 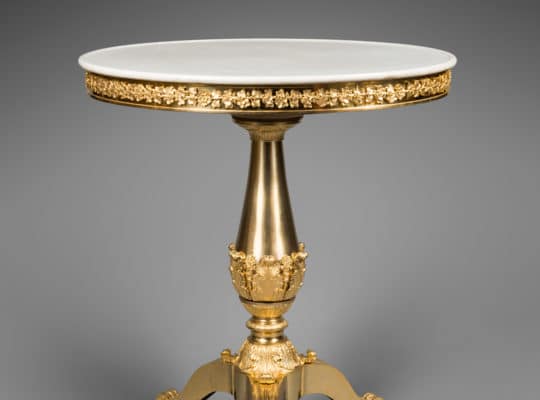 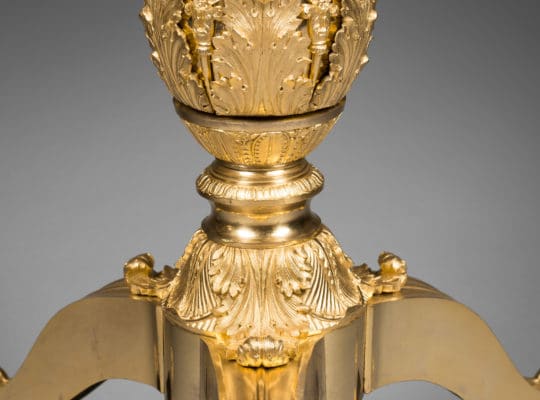 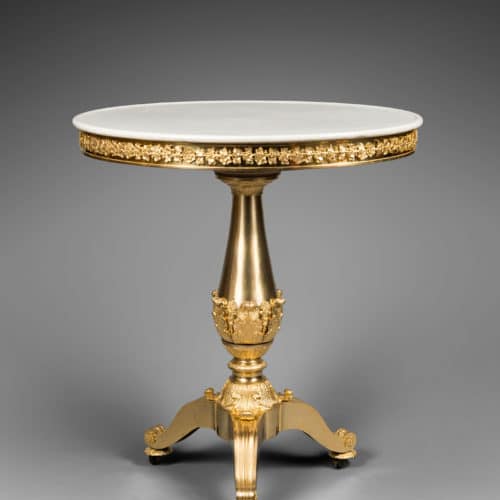