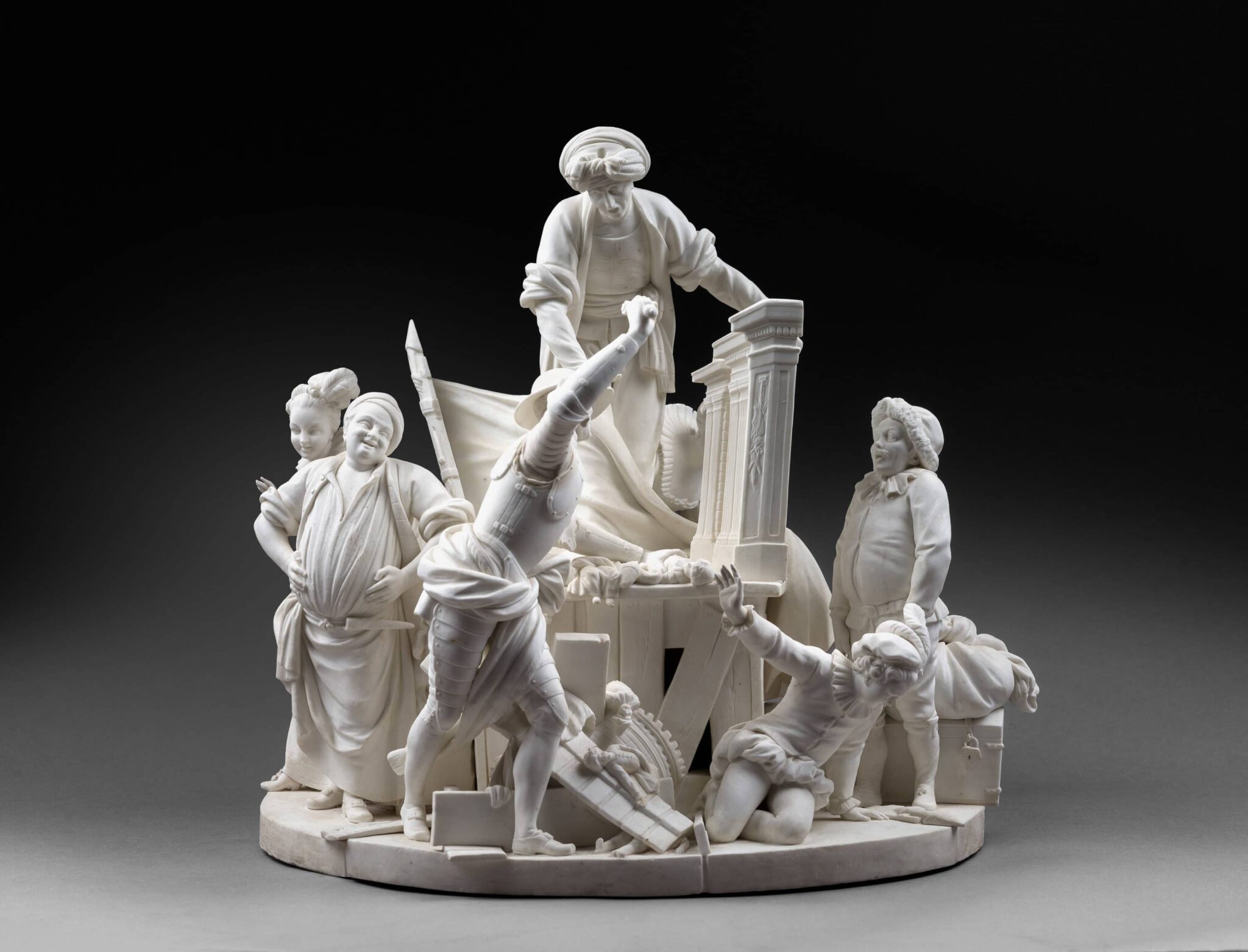 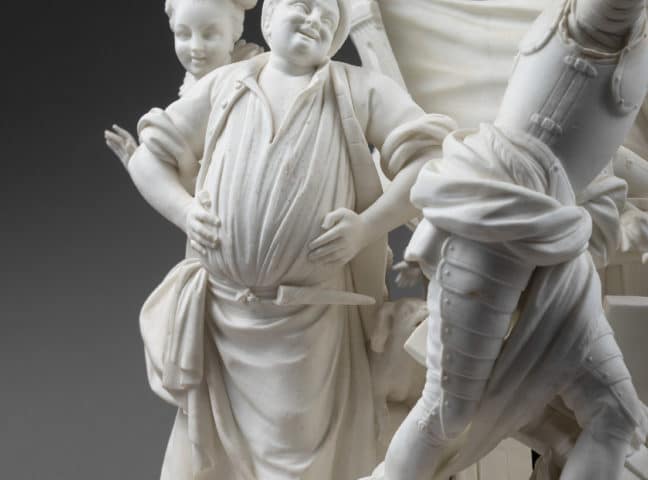 After a Model by Josse-François-Joseph Le Riche

Bisque porcelain figures from the Royal Sèvres Manufactory are among the pieces most sought-after by collectors of antique porcelain and of art objects in general. By 1756 the factory had begun to produce unglazed porcelain pieces that were given just one firing. This new type of “bisque porcelain” became immediately popular with collectors of the period. Encouraged by this success, the Manufacture called on the best artists of the time to create new and novel pieces. Among them were the famous sculptors Etienne-Maurice Falconet, Louis-Simon Boizot and Josse-François-Joseph Le Riche, who supervised the workshops where the pieces were created and developed; all were of unusual and interesting design, and extremely well finished. The Sèvres factory hoped in this manner to set themselves apart from their main rival, the Meissen factory in Saxony, which produced polychrome pieces. Within just a few years Sèvres had surpassed Meissen in many areas, due in large part to these pristine white bisque statuettes and groups, whose satiny surfaces, reminiscent of statuary marble, perfectly rendered the delicate detailing of the sculpted models.

The present group depicts an oval terrace where a battle is taking place: Don Quixote’s fight against Master Peter’s puppets. Human figures and animals display varying expressions and shades of emotion, in contrast with Don Quixote’s ardour as he destroys the puppet theatre and smashes the puppets with a hammer.

Drawn from the satirical novel Don Quixote de la Mancha by Cervantes (1547-1616), this spectacular group is one of the Royal Manufactory’s most ambitious creations. It is inspired by a design by painter Charles-Antoine Coypel that was intended for a tapestry; in 1771 Le Riche adapted it for the Manufacture de Sèvres, for use as a porcelain surtout de table. Comprised of three groups, it was called “A Spanish Surtout relating the Story of Don Quixote”. The present group was the central one; on either side were groups representing “Don Quixote and the Enchanted Head” and “The Judgment of Sancho Panza, Governor of the Island of Barataria”. 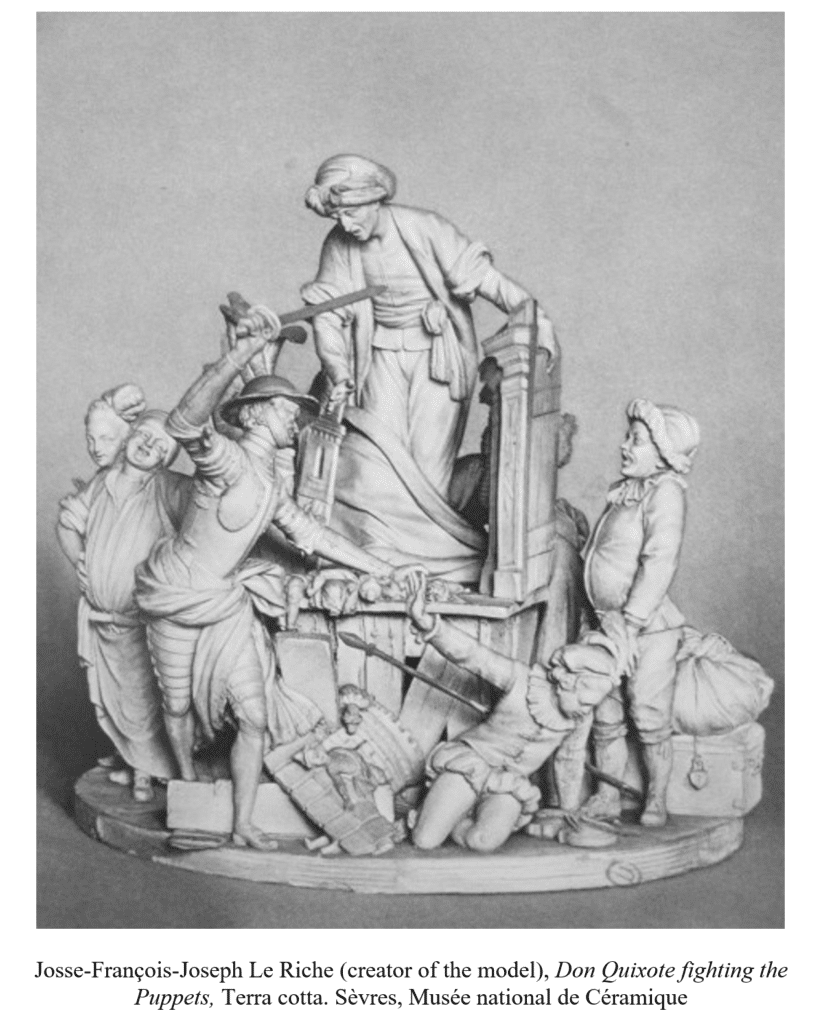 Very few examples of this ensemble have survived to the present day;  one bisque  group representing “Don Quixote and the Enchanted Head” is preserved in the Sèvres Musée national de Céramique (Inv. MNC20546); a bisque porcelain group and the original terra cotta model of the present subject is also in the collection of the Sèvres Museum; these pieces are illustrated respectively in M. Brunet and T. Préaud, Sèvres des origines à nos jours, 1978, p. 230, fig. 316 and E. Bourgeois, Le biscuit de Sèvres, Paris, 1909, Tome II, plate 37.


Josse-François-Joseph Le Riche is a French sculptor of the 18th and early 19th centuries, he was the director of the sculpture studio at the Sèvres Porcelain Manufactory from 1780 to 1801. 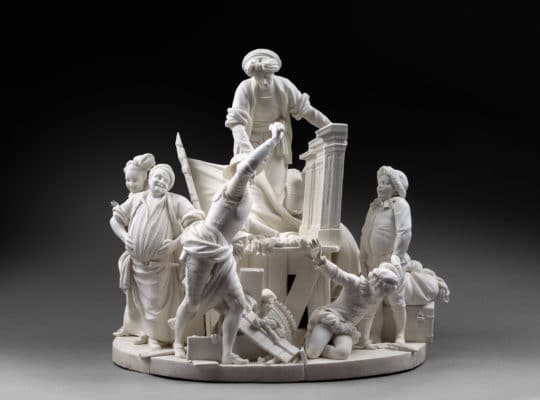 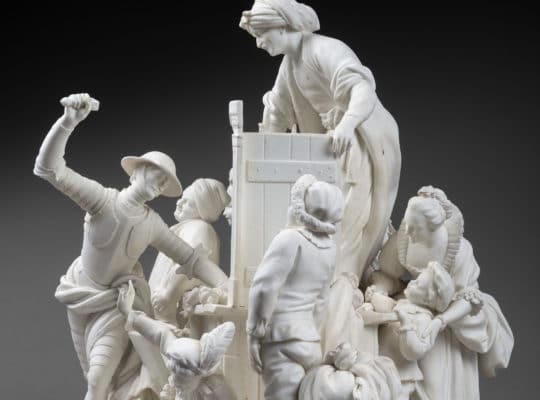 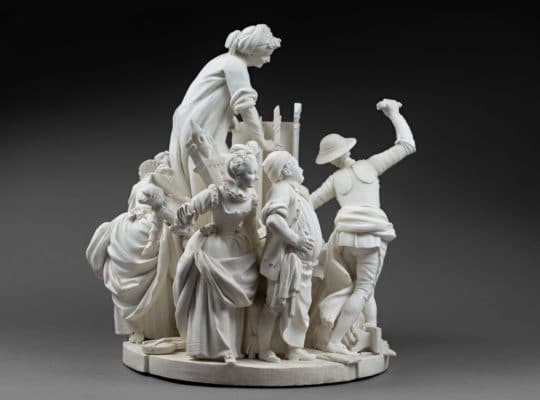 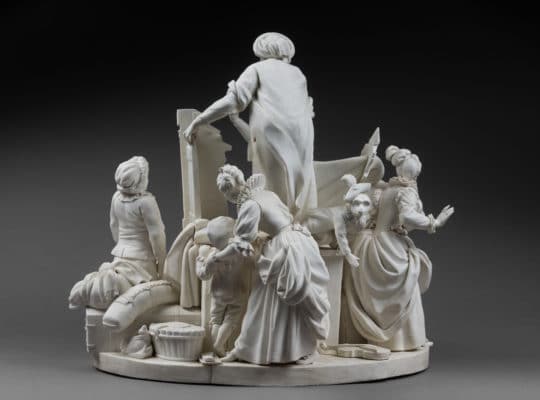 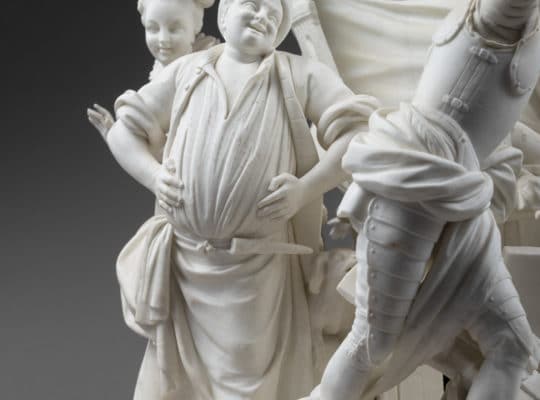 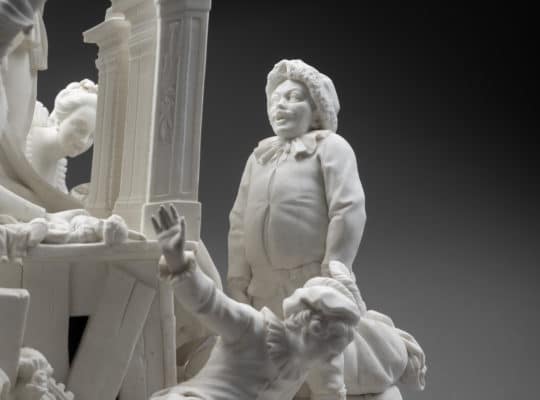 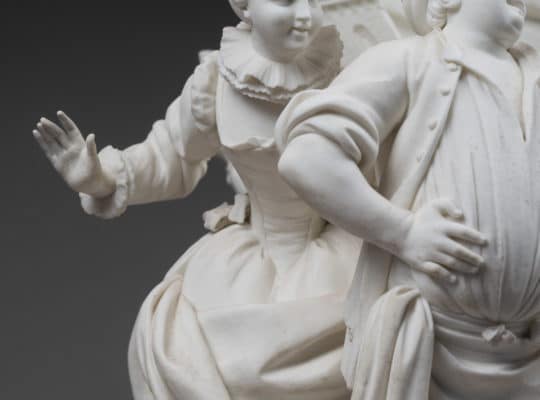 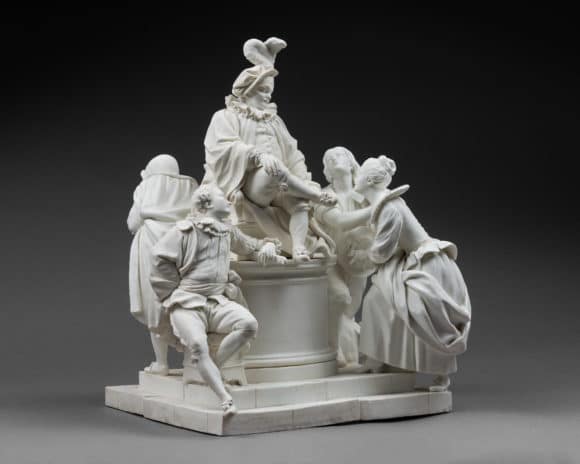 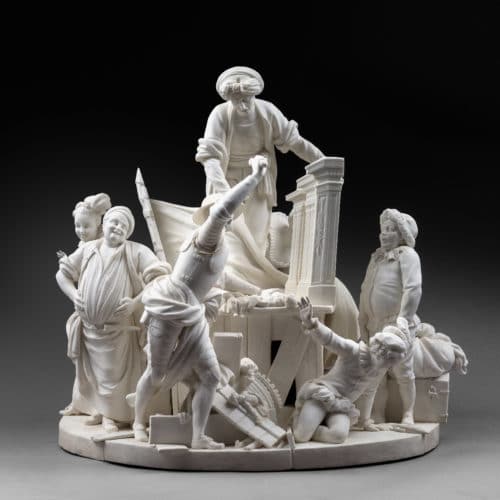